The story of Mexican immigrants in America should be a familiar one to anyone who knows their Irish American history. 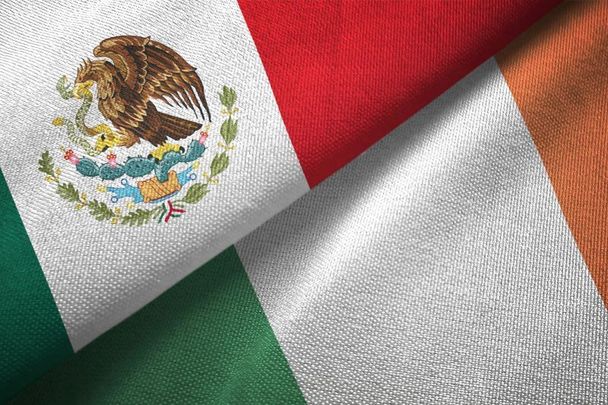 You think that’s weird? Well, maybe you haven't heard that conservatives kind of like immigrants now. A few of them anyway.

The reliably-red New York Post has gloated about “the great migration of voters with ancestries in Mexico, Venezuela, Colombia, Cuba, etc. to conservative radio and the Republican Party.”

Heritage Foundation fellow Mike Gonzalez cited “recent brouhahas over Jill Biden comparing Hispanics to tacos, the purchase of conservative Spanish-language radio stations with George Soros’ money and the plucky campaigns of four GOP Latinas in Texas and Virginia,” as evidence “of something deeper and perhaps more durable than progressives want to admit.”

There’s a lot of silly smoke here. Biden simply made a linguistic gaffe, which the likes of Ronald Reagan and Donald Trump did once or twice…an hour!

But there’s also plenty of fire for lefties to worry about.

Certain folks (me, for example) have been yelling for years that Dems better stop assuming all immigrants think and vote like NYU grad students. And speaking of fancy academics, they may be finally – if reluctantly – getting the message.

“At a moment in which we're talking so much about the rise of conservatism and the so-called Hispanic Republican, there's also a legacy of progressivism, of radicalism among Mexican immigrant communities,” Kelly Lytle Hernandez said recently on the NPR show "Fresh Air."

Lytle Hernandez is a professor at UCLA. She has also been awarded a so-called MacArthur “genius” fellowship.

But the headline here is her acknowledgment that certain communities in the US are not actually born radical. Nor do they remain committed to the progressive struggle for their entire lives. That’s actually an argument that’s got to be argued and won, over and over.

Lytle Hernandez could get some help from the Irish.

Her new book is called "Bad Mexicans: Race, Empire, and Revolution in the Borderlands." It is about the Mexican Revolution in 1910, when immigrant rebels in the US “organized thousands of Mexican workers and American dissidents to overthrow a 30-year dictatorship” in Mexico, as NPR noted.

Lytle Hernandez herself added that she was inspired by Trump’s anti-immigration speeches.

“When President Trump used that rhetoric of deriding, disparaging, characterizing Mexican immigrants as so-called bad hombres, one, I knew that he was denigrating the efforts of many people to improve the conditions of their life through migration. But he was also stirring a very dangerous pot of rhetoric that has been used against Mexican immigrants and Mexican Americans for more than a century,” she said.

This is, without question, a fascinating story. But also a familiar one, to anyone who knows their Irish American history.

Take the “border war” Irish immigrants also waged right on American soil. After the US Civil War, when the country was weary from death and bloodshed, Irish Fenians nevertheless launched a longshot invasion of Canada, in the hopes that it would lead to the toppling of the British Empire.

Irish immigrants were harshly criticized for waging their old world wars in the new world. As they were for decades after, when they continued raising money and collecting arms for the fight against the Brits, right up to the Easter Rising of 1916, which most scholars agree would not have been possible without organizing in the US.

For years, Republicans have pushed the myth that yesterday’s immigrants were much better behaved than today’s.

And progressives turned around and pushed the myth that “Irish Catholic” always was a synonym for right-wing conservatives.

All of which leaves many Americans with the bland impression that immigrants just quietly go about their business.

Ironically, thinkers like Lytle Hernandez – dubbed a “rebel historian” by NPR – may serve her cause better by reminding Americans that it was not just Mexicans, but Irish Catholics, who supported revolution right here in the US.