The US should never be a Christian nation

They’re plenty dangerous on their own.  We don’t need to worry about them forming some kind of union. 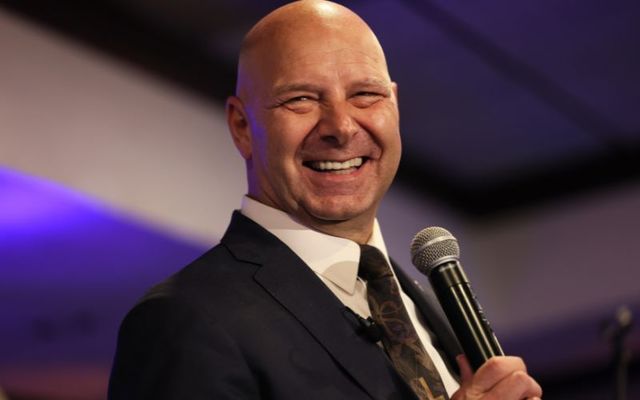 When my father was in his 20s, if he got bored on a lazy summer day and decided to start a new book, he would have come across various works by a fellow named Paul Blanshard on best-seller lists.

Surely Dad – who sported Notre Dame “Fighting Irish” gear for decades, who seemed to invent reasons to go to weekly Confession – would have been interested in titles like American Freedom and Catholic Power.  Or The Irish and Catholic Power. It would have seemed that such books were written for folks just like my dad, Irish Americans who were proud of both sides of their heritage.

Dad would have quickly learned that Blanshard made the best-seller lists by sounding the alarm that Catholics were a threat to America.  They were loyal to the pope in Rome, and could never understand the individualism and freedom beloved by “real” Americans.

It was a mistake, Blanshard believed, to pretend otherwise.

”The story of non-Catholics trying to cooperate with Rome is long and tragic,” wrote Blanshard.  “Eager Christian idealists, visualizing the glories of a united Christendom, have again and again put their pride in their pockets and made humble advances to Rome in order to find a basis for compromise.”

All of this comes to mind when I hear the latest round of hopes and fears about America being a “Christian nation.”

It comes from loony birds like Doug Mastriano, running for governor in Pennsylvania. And it comes from people who love and hate today’s Supreme Court and its right-wing conservative Catholic majority.

And it comes from lots of Irish Americans who think it was a long time ago, in a galaxy far, far away, that they were viewed with suspicion.

Blanshard was right about one thing though. The idea that all stripes of Christians ever did – or ever could – live together in peace and harmony is loonier than Mastriano.

Yes, it’s also important to point out that there are millions of non-Christians in the U.S.  Jews and Muslims, atheists, and agnostics, and more.

But it’s the mirage of what Blanshard called a “united Christendom” that humors me the most.

Back in the late 19th century, Irish Catholics and Protestants literally killed each other on the streets of New York, Boston, and elsewhere, as they did in Ireland for centuries.

These days you’ve got loud, proud devout Catholics in America bashing the pope – as well as the Catholic president!

They’re plenty dangerous on their own.  We don’t need to worry about them forming some kind of union.

Just a few years after the first of Blanshard’s many best-sellers were released, a certain famous Catholic made what now sounds like a crazy speech to the Houston Ministerial Association.

“Because I am a Catholic, and no Catholic has ever been elected president, the real issues in this campaign have been obscured – perhaps deliberately, in some quarters less responsible than this. So it is apparently necessary for me to state once again not what kind of church I believe in – for that should be important only to me – but what kind of America I believe in.”

“I believe in an America where the separation of church and state is absolute, where no Catholic prelate would tell the president (should he be Catholic) how to act, and no Protestant minister would tell his parishioners for whom to vote; where no church or church school is granted any public funds or political preference.”

This part, though, is a bit more timely.

“This year it may be a Catholic against whom the finger of suspicion is pointed, in other years it has been, and may someday be again, a Jew, or a Quaker or a Unitarian or a Baptist. Today I may be the victim, but tomorrow it may be you – until the whole fabric of our harmonious society is ripped at a time of great national peril.”