President of Ireland Michael D. Higgins, who "rarely calls major developments wrong," made the right decision in not attending the Mass marking the centenary of partition. 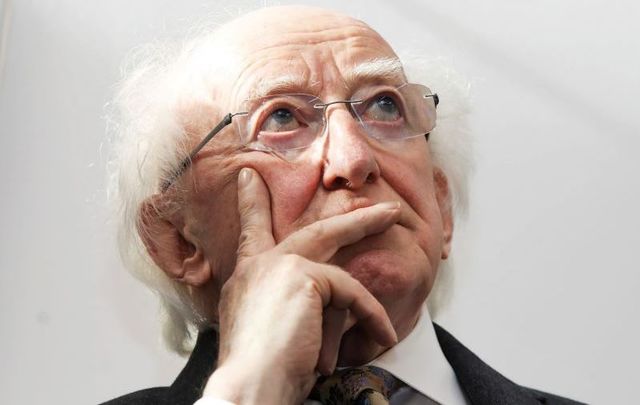 A whopping 81 percent of Irish people interviewed in a Daily Mail poll last weekend sided with Ireland's President Michael D. Higgins on his decision not to attend an Armagh event commemorating the partition of Ireland 100 years ago this year.

The Queen will attend, no doubt to survey the damage 100 years after Ireland was torn apart by a measure no one voted for. The sheer effrontery of carving out a state where none existed and locking in 600,000 people who wanted no part of it has only become more obvious over time.

Partition caused pogroms, discrimination on a massive scale and eventually The Troubles. As she sits in her pew on Wednesday, the Queen may well reflect it might have been better to allow Ireland to vote itself out of the union as was the sentiment of about 75 percent of its people, as shown in the 1918 election.

Opponents of the Higgins decision, among them southern neo-unionists who would do handstands and somersaults to justify partition, were shocked, shocked that Higgins was snubbing the event.

But there is a reason Higgins enjoys a 73 percent approval rating in Ireland. He knows his audience and he knows his issues, and he rarely calls major developments wrong.

He had no place at a memorial service for partition, he explained politely. Why on God’s good earth would anyone want to celebrate the most disastrous event of the 20th century in Ireland?

The poison fruits of that unjust partition are still to be seen everywhere. Economically, Northern Ireland is a massive black hole for the British costing $10 billion or so a year from the Exchequer just to keep functioning.

Progress will only be possible when unionism faces up to the facts that they can no longer hold back the tide on partition. Given the massive shift in demographics about to take place, the time for the unionists to deal is now, to seek a state within a federal Ireland for instance, similar to states here in the U.S.

But no, they seem to be digging deeper into the zero-sum game. Their insistence that nothing can change remains their major priority. They have learned little from recent events and continue to display a willful ignorance of the new realities.

What is fascinating in recent polls is the fact that young people on both sides of the border express a clear desire for a united Ireland. Far from not caring about the issue, they read it very clearly.

At heart, this is a colonial issue and when the time comes, as in India and so many other countries, the British will leave whether unionism agrees or not. Somewhere in the recess of their minds, the unionists know this, but refuse to act on it.

Church leaders from both sides who organized the benighted ceremony had urged all sides to show up which they said would ensure a “message of hope” for all of Ireland.

Hope for what? Continuation of the division of Ireland for another century?

There is simply only one objective that Irish people should hope for when it comes to the Northern state, and that is Irish unity, which is quickly advancing over the horizon.

*This editorial first appeared in the September 22 edition of the weekly Irish Voice newspaper, sister publication to IrishCentral.