President Michael D. Higgins said that the event. which celebrates the centenary of the partition of Ireland, is a political statement rather than a religious service. 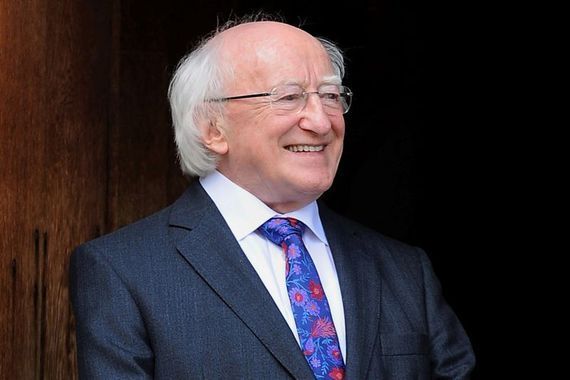 President of Ireland Michael D. Higgins has defended his decision not to attend a church service in Co Armagh in Northern Ireland next month celebrating the centenary of partition in Ireland.

The service has been titled "marking the centenaries of the partition of Ireland and the foundation of Northern Ireland" and is due to be attended by Queen Elizabeth II on October 21 at the Church of Ireland Cathedral in Armagh City.

Speaking to reporters in Rome ahead of an audience with Pope Francis, Presdient Higgins said that he had declined the invitation because what started out as a religious service had turned into a political statement. A spokesperson added that he would not revisit his decision.

The President stated that it would be "inappropriate" for him to attend the event because its title "isn't a neutral statement politically".

"Let's be clear... that's why doing commemorations is difficult," he told RTÉ in Rome.

He said that the title of the event made it inappropriate for him to attend because it celebrated the centenary of the partition of Ireland. He added that he had been incorrectly referred to as President of the Republic of Ireland instead of President of Ireland by organizers.

Higgins strongly denied any suggestions that he snubbed Queen Elizabeth by refusing to attend the commemorative church service and said that he wished the service well.

"I wish their service well but they understand that I have the right to exercise a discretion as to what I think is appropriate for my attendance.

"You might remember, I've had no difficulties about appearing with Her Majesty in Northern Ireland. We've met and talked, and neither have I had anything to do with boycotting events. I hope we can help with each others' events."

Higgins said that he had considered the issue for six months and said that he expressed concerns over the event's title as early as March.

DUP leader Sir Jeffrey Donaldson criticized Higgins over his decision not to attend the event, describing the President's decision as a "retrograde step".

"I think it’s very unfortunate that for a service that the focus of which is hope and reconciliation that the head of state of our neighboring country feels that he is unable to attend," Donaldson said.

Donaldson had earlier called for "an honest explanation" as to why Higgins was not attending the event and suggested that the President had taken advice from the Irish Government.

"We don’t know the reasons why that is the case. However, given that the president of the Republic takes advice from the Irish Government on such matters, one could conclude that perhaps there is some politics in all of this," he said.

However, the Government said on Thursday that it did not advise Higgins not to attend the event and said that it would be constitutionally prohibited from doing so.

Taoiseach Micheál Martin also said that any invitation for an Irish Government representative to attend the event would be considered.

Former Taoiseach John Bruton also criticized Higgins over the issue and said that he was obliged to attend the event under the Irish Constitution.

"If he had fulfilled his obligation under the Constitution, which is to take the advice of the Irish Government on this matter, they would have advised him that he ought to go," Bruton told BBC Radio Ulster.

Higgins responded to Bruton's comments and said that the former Taoiseach was "wrong in his interpretation of the Constitution".

"I'm the President of Ireland, that's the constitutional position, the legal position."