Large crowds have been gathering on the streets of Dublin for the last few weekends, prompting a rise in anti-social incidents and an irrational response from Dublin City Council and An Garda Síochána. 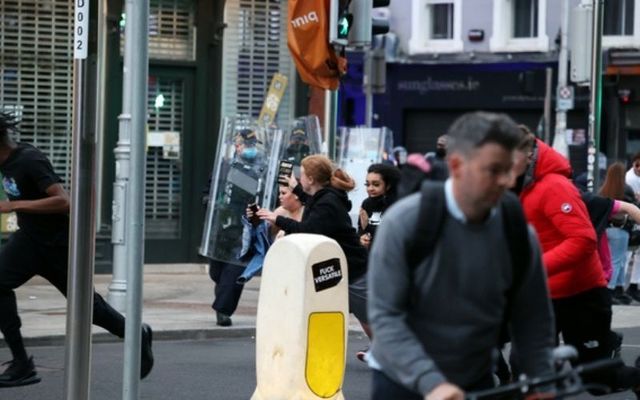 With Ireland's "outdoor summer" set to begin in earnest today, June 7, Dublin is in danger of sleepwalking into a disaster.

Large crowds have been gathering on the streets of the capital for the last few weekends, prompting a rise in anti-social incidents and an irrational response from Dublin City Council.

Videos of large crowds with no social distancing or rubbish-strewn Dublin streets have gone viral on social media in recent weeks, resulting in much finger-wagging from the council, politicians, and public health officials.

However, the blame lies squarely with Dublin City Council, which has had five months of lockdown to prepare for an outdoor summer but has provided almost no amenities to cater for one.

In May, the council took drastic action and closed a section of the Grand Canal on weekends because of the large crowds that had gathered there and the large levels of rubbish that they left behind.

Rather than adding bins and toilets to an area that desperately needed them, the council decided to close the area off and therefore coraled people into other overcrowded areas such as South William Street.

The council's response to incidents at "Portobello Plaza" on the Grand Canal is inexcusable and there is no defense for not having provisions in place to deal with large crowds. The area had been popular with late-night revelers for years before the COVID-19 pandemic and it was hardly surprising when large crowds flock there once more as soon as weather allowed.

There is obviously an element of personal responsibility and people should take care of their own rubbish, but the merrier people get, the less likely that is to happen and the buck must always stop with Dublin City Council.

However, the council has removed almost 2,000 bins from Dublin streets since 2008 and seems to be actively discouraging an outdoor summer at the same time that politicians and public health officials are encouraging people to socialize outdoors.

The council belatedly added 150 extra public toilets and 134 new bins to cater for large crowds at the Bank Holiday weekend, but the damage had already been done. The decision was a reactive one rather than a proactive one and a number of the unsavory scenes that have been witnessed over the last month could have easily been avoided if the council had a bit of foresight.

The council's decision to close Portobello Plaza and other popular sections of the Grand Canal has not only taken public spaces away from the public; it has simply shifted the problem elsewhere.

Dublin City Council pedestrianized parts of South William Street in May to prepare for the resumption of outdoor dining on June 7, making it one of the precious few public spaces available to large crowds in the city.

The council, however, again failed in its duties to provide rubbish bins and public toilets, leading to an unsurprising pile-up of litter and complaints of public urination.

The council additionally failed to provide adequate public seating, prompting people to sit on the pavement and obstruct access to local businesses.

Crowds have been swelling on South William Street and nearby pedestrianized zones over the past few weeks following the council's decision to fence off Portobello Plaza and St. Stephen's Green.

It is no surprise, therefore, that recent anti-social incidents reached a fever pitch last weekend when members of An Garda Síochána's Public Order unit baton-charged a small group of youths in the city center after numerous teens hurled missiles at officers.

There is no defense for the thuggish minority who attacked officers who were simply doing their job, but questions need to be asked as to why a riot squad was there in the first place.

It appears highly illogical to send a riot squad into a group of drunk and brazen youths who had nowhere else to go and had simply gravitated toward one of the few remaining public spaces in the city. The vast majority of people were causing no harm and were justifiably enjoying the first opportunities to socialize in five months.

It's arguable that the heavy-handed response of An Garda Síochána wasn't necessary when a more lenient and measured approach might have sufficed. A visible police force walking among the crowd would have curtailed any troublemaking far more effectively than the attempts to forcibly attempt the large numbers who gathered in the city over the weekend, especially when there was no need to disperse the crowds.

These people were simply following government and public health advice by socializing outdoors. It's not their fault that they didn't have access to a significant number of public spaces, forcing them to congregate on Dublin's pedestrianized streets.

To then employ baton charges to disperse them borders on a disgrace.

Bonkers stuff. They close Stephens Green and Iveagh Gardens, push large numbers of people out onto the streets, and then close off all the streets heading into town dressed and acting in a way that frames it as a fight. This is the best idea they came up with. https://t.co/khnszX3ehl

It's no secret that people have been frustrated over the past five months of lockdown and would be desperate to socialize at the first opportunity. It is nothing short of negligence that gardaí and Dublin City Council could come up with nothing better than to coral people into certain areas and then baton charge them for daring to enjoy themselves.

Despite calls for an outdoor summer, there are now tangible fears that the amount of public space in Dublin City is diminishing with every passing week. The measures will simply push more people into the same public spaces, leading to more public order incidents and a greater risk of a super-spreader event.

There is hope that the resumption of outdoor dining on Monday will help offset the problem, but Dublin is grossly unprepared for that too.

Dublin City Council pedestrianized parts of South William Street, South Anne Street, Drury Street, and Dame Court in preparation for outdoor dining, which will undoubtedly help restaurants and pubs there. However, other restaurants which were not fortunate enough to be located on the newly-pedestrianized streets have been effectively left by the wayside.

Dozens of Dublin restaurants simply don't have the space to offer outdoor dining without some help from the council but that has hardly been forthcoming.

The council did announce last week that it would be pedestrianizing Capel Street and Parliament Street on Friday, Saturday, and Sunday evenings on a six-week trial basis to accommodate outdoor dining on the two streets, but like most things the council does, it is too late and not enough.

Irish politicians and public health officials have been parroting the rhetoric of an outdoor summer for months, but Dublin City Council is only now trialing the pedestrianization of two of the city's busiest hospitality streets.

The council had precisely five months to prepare for this and had the equivalent of an open goal to explore the potential of banning cars from Parliament Street and Capel Street considering traffic in the city was already lower than usual. However, it waited until outdoor restaurants were preparing to reopen before announcing a series of half-measures that don't go far enough.

Accommodating outdoor dining on weekend nights is all well and good, but what are restaurants supposed to do on the other four nights of the week? There are not nearly enough provisions to accommodate an industry that has been on its knees for the past 15 months and the return of outdoor dining will clearly not stop people from congregating in public spaces.

In pre-pandemic times, large crowds would descend upon the Grand Canal at the slightest hint of some decent summer weather. There is no reason why crowds won't do the same when a limited number of restaurants and pubs return at limited capacity.

Both Dublin City Council and An Garda Síochána need to prepare for that eventuality because the incidents witnessed over the past few weekends are not sustainable. Dublin is already close to breaking point and cannot afford another weekend like the one it has just witnessed.