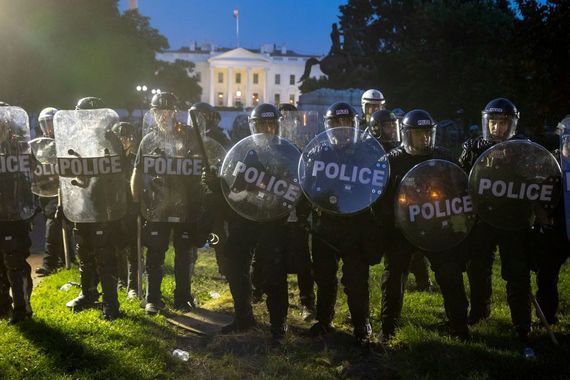 If you set your watch to ring after each new coronavirus death in the USA, it would interrupt you every minute of the day.

If you do the math that's a 9/11 number of American deaths every three days. However, we don't see photographs of the newly dead on the walls of Grand Central, we don't see national memorials (that we can't even attend).

Instead, they just slip away alone by the tens of thousands in sterile hospital wards where no one can see or touch them. It's obscene and its nationwide and too many people in this country are still trying to pretend that it's a hoax that isn't happening.

How badly is America doing in this war against this virus? Let's just cut to the chase, it has failed spectacularly. We have a mortality rate of 500 deaths per one million people, compared with just over 100 in Germany.

In fact, the average citizen is safer from COVID-19 in Singapore, South Korea, or Taiwan than in the United States right now. They enjoy much better health care and better performing schools, too.

America hasn't been great under Trump at all, frankly. Three times as many people have just lost their jobs under his presidency as in the Great Depression. Bars, restaurants, stores, and malls have all closed due to the pandemic and most of them are still boarded up and shuttered, with the obvious hit to employment and the economy that suggests. Most will not be coming back. One in eight American households now no longer have enough to eat.

You can’t see a movie, go to the theatre, a rock concert or a symphony or most beaches. Most businesses are struggling or closed. Any day you could pull a short string yourself and be hospitalized, gasping for breath or hooked up to a ventilator.

And Trump's response is to try and ignite a vicious race war to distract us all from noticing his epic failures, as he heads off in his golf cart again laughing at us.

I'm not going to get roped into his pop up civil or racial wars. I'm not going to be baited by his retweets of Neo-Nazis and Q anon kooks. He's just failed us. That's all there is to it. You can’t travel overseas, you can’t take a subway or a bus or cab without wondering is this it, is this the moment that I catch it? You can’t dance in a club or drink at a bar or eat in a restaurant. Trump goes golfing every weekend because he's failed us. It is what it is, he says.

If you or someone you know has died in this pandemic you have my deepest sympathy. I have lost friends and one of my friends has lost the love of his life.

Remember how frightening it was in the early part of the pandemic, when ambulance sirens rang out morning, noon and night? Well, there is still no vaccine or cure for this virus and there is every likelihood that this winter's transmission will be even worse than the spring. It does no good to believe in the snake oil cures that Trump is promising.

Because he can't run on his own record, his agents are busy trying to lure your grandparents into Facebook group propaganda rabbit holes, where they are being assured that he is the only thing standing between them and "Mad Max's Thunderdome."

These disinformation campaigns, that originate online and often overseas, are more effective than many realize. I've lost count of the number of working people who have told me they will not avail of the coronavirus vaccine when it's released. They fear it will contain microchips that have been placed there by Bill Gates.

When I ask them what would those microchips connect to they blank. People don't have sockets inside them for microchips to connect to, I tell them. You might as well inject yourself with a tic tac, nothing will happen because nothing can. But appeals to prejudice don't have to be rational. In fact they may work better when they are not rational. 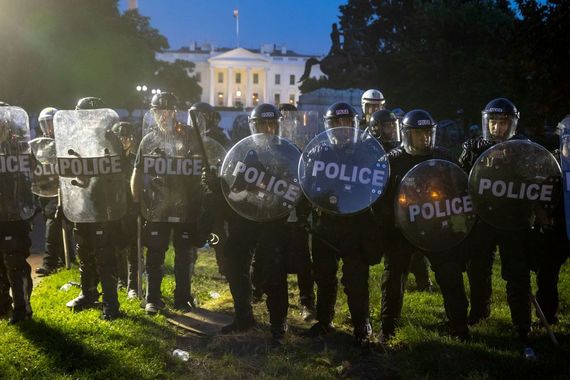 Bad actors want to control you, is the freakout message. Only Trump can prevent them. “Only I can save you,” as he likes to say himself. It's utter nonsense, but if it's repeated often enough your grandparents will start to believe it and many already do. If reality doesn't support your record, ignore reality, is the cynical message.

But there's no reality that more fixed and final than a loved one's death. And there have been over 182,000 of those. And although you may not see them or know them, they're closer than you think.

We're not out of the woods yet in other words, and with this cruel, careless president at the helm, we never will be.