"President Donald Trump has greatly expanded the categories of undocumented immigrants (including those without criminal records) who would now be priorities for deportation." 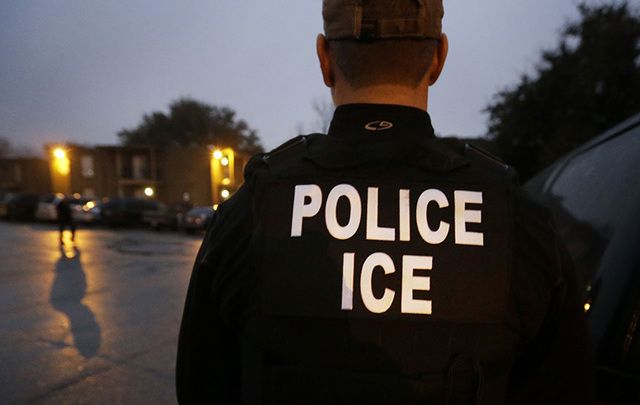 You can see why. President Donald Trump has greatly expanded the categories of undocumented immigrants (including those without criminal records) who would now be priorities for deportation.

In New York people could feel a change in the air, a hardening of attitudes. Record breaking deportations had happened during the Obama administration of course, but this felt different.  The undocumented were now suddenly living in heightened fear, waiting for the ax to drop.

Hidden in all the latest hand-wringing is an unmistakable message about how the powerful will treat the vulnerable under Trump. It created the panic that has spread and it clearly explains it. Trump’s hard line rhetoric has hardened the hearts of his supporters and sent an unmistakable message to those he’s targeted: we’re coming for you, this is real.

It started last month with Muslim people from seven different Muslim majority nations, all of whom had already been background checked by five different national agencies (and even legal permanent residents with green cards) began being denied entry to the U.S.

The national roll out of the new policy was utterly chaotic, with immigration departments at our national airports being advised of the changes mere moments before they were expected to enact them.

Trump’s crackdown on undocumented immigrants will cost the economy as much as $5 trillion over 10yrs https://t.co/CrpzNkrg62 pic.twitter.com/9AIxvnB7GS

This led to an all too predictable on the ground crisis, with families with children as young as five being detained in handcuffs. The message it sent was that deportation could happen any time, to anyone, and it could be a very blunt instrument.

New York is a so-called “sanctuary city,” but even here word of unannounced enforcement checks was making the rounds this week. The response was predictable. The undocumented communities have gone to ground, which means missed school days, hospital visits, lower church participation and no movies, as they wait for the storm to pass.

In particular it means no contact with law enforcement, making us all less safe. By the weekend rumors of ICE raids was spreading through immigrant neighborhoods like Woodside, Jackson Heights and Corona. In the Irish community an unsubstantiated Facebook post that was shared multiple times avowed that two young undocumented Irishmen had been taken off the 7 train during one unannounced sweep, detained by ICE officers and then deported the next day.

New York has always been an immigrant city, with a special understanding of the hardships that they face on the road to full citizenship, but as of this week the response of our political leaders has been too ambivalent to the recent changes critics say.

“New Yorkers should rest assured that city officials, including the NYPD, will never ask about your immigration status, and the NYPD will never become immigration enforcement agents,” a spokesperson for Mayor Bill de Blasio told The New York Times at the weekend.

Houses of worship sign up to house undocumented immigrants during raids: https://t.co/QUFh7o0RZT pic.twitter.com/bNK7Bnu5jv

But will de Blasio look the other way while ICE pursues its own enforcements? New York generally does not comply with requests by immigration authorities to hold undocumented immigrants, but the undocumented are no longer mollified by this knowledge. They want to feel safe on the city streets, and the recent uptick of ICE enforcement actions has ended that.

Queens is home to tens of thousands of the undocumented, all of whom contribute billions of dollars in productivity to the wider city, frequently staffing the jobs that non-immigrant natives refuse. Kitchen porters, line cooks, shelf stackers, restaurant and bar custodians; the posts are endless. What will happen to the local economy if they no longer feel safe enough to present for work, observers ask?

John Kelly, new head of the Department of Homeland Security, has called on the Trump administration for 10,000 additional ICE officers and agents and 5,000 new hires at the U.S. Customs and Border Protection agency, indicating his intention to ramp up their detention and deportation powers.

To aid the new push, the Trump administration has redefined the DHS’s interpretation of crimes to include any activity that might bring a conviction, including entering the United States without permission.

That means that virtually anyone present in the United States without a visa could now potentially be a target for roundup at their workplace or home. Be careful out there.

Read more: Immigrants are not US’s problem and policy makers already know this