Here's the truth that never gets told: "The tax revenues raised by the undocumented by far exceed the costs of all the services they may use." 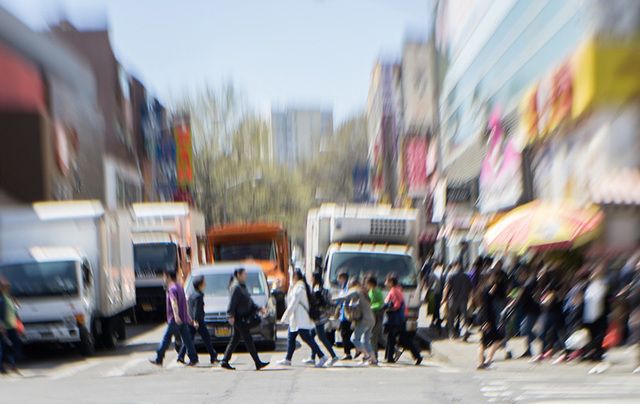 Here's the truth that never gets told: "The tax revenues raised by the undocumented by far exceed the costs of all the services they may use." iStock

Let's face it -- every Irish person in New York knows someone who’s undocumented. Usually they know more than one. They also know that if weren’t for them and other immigrants half the bars, restaurants, shops and even colleges in the city would be deserted.

New York has always had a special welcome for immigrants – even the undocumented ones – because it’s been the historical landing point for intending Americans since the earliest days of our national story. Welcoming immigrants is really the city’s oldest tradition.

It actually makes sound financial sense. The undocumented often do the work that the natives recoil from, and no one knows this better than the city’s employers.

Sadly, however, many of those same employers then vote to ensure that their workers never get a real chance to emerge from the shadows, meaning that they’re being oppressed for a reason. It’s just business, it’s nothing personal, or at least that’s what they tell themselves.

But there are few experiences that are quite as personal as finding yourself menaced by your own immigration status. It literally cuts across every facet of your life.

From where you live, work, travel, socialize, pray or even which hospital you can visit – if you dare to visit one at all – you really can’t grasp how isolating the experience of being undocumented is until you are in it.

To find yourself undocumented is to find yourself becoming a creature of myth. Many stories are told about you, and fanciful legends are created. The first and most far-reaching myth is that you are having a disastrous impact on the American economy.

Here’s the real truth. The U.S. Department of Agriculture claims “about half of the hired workers employed in U.S. crop agriculture are unauthorized, with the overwhelming majority of these workers coming from Mexico.”

This week there are tomatoes rotting in the fields in Alabama and elsewhere because the Mexicans who usually harvest them are afraid to be targeted in the latest raids.

In the current climate of hysteria it’s easy to lose sight of the truth: undocumented workers are crucial to the U.S. economy, as well as vital to certain industries like agriculture.

So what we are really doing is exploiting their vulnerabilities and then punishing them for it, because our economy actually incentivizes this wanton cruelty.

One million people, having experienced the terrible privations and hardships of the undocumented life here in the United States actually did the thing some cynical Republican senators suggest they do and “self-deported.” And this happened under the Obama administration remember, not the new era of Trump where the ICE gloves have really come off.

Interestingly, it’s estimated that 52 percent of undocumented immigrants are Mexican and that their numbers have actually declined by one million from 2009.

Most of those who have remained here live in California, Texas, Florida, New York, New Jersey and Illinois (states where they are more likely to find support networks, employment and a measure of security if not welcome).

Here’s a vitally important truth about the undocumented that rarely gets told: the tax revenues raised by the undocumented by far exceed the costs of all the services they may use. Indeed, they have contributed a full 10 percent ($300 billion) to the nation’s Social Security fund.

Policy makers already know this. In an open letter to President George W. Bush in 2006, 500 economists (including five Nobel laureates) stated the following:  “While a small percentage of native-born Americans may be harmed by immigration, vastly more Americans benefit from the contributions that immigrants make to our economy, including lower consumer prices.”

Those are the facts, not the myths. Sadly we live in an age where our new president looks out at America and sees “carnage,” not progress. He represents and he actually embodies the rich and the powerful scapegoating the poor and powerless because he knows they can never really fight back.

We should be careful of the dark myths told by the powerful to attack the powerless, because they are often a calculated distraction, a sideshow, concocted to take our eyes off the people who are really exploiting us all.