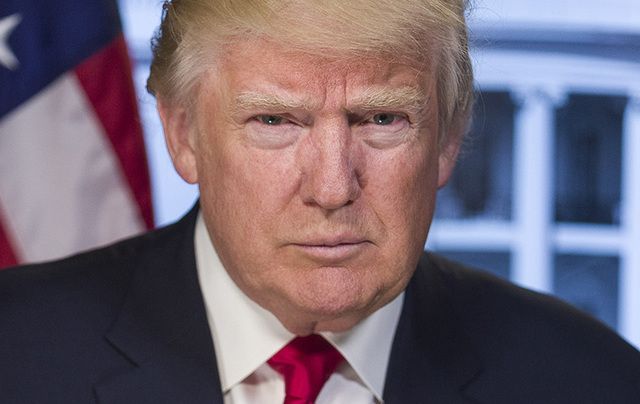 Donald Trump: "All a bad manager needs to flourish is for underlings to do his bidding ...Our president is elected by us and answerable to us." White House

“I think we're all stunned at how America could possibly have elected a person so utterly incapable of the most important job in our country,” wrote columnist Eric Garland this week.

But no woman who has watched the professional rise of an under-qualified or incompetent man is surprised by Donald Trump. Every day sexism and preferential treatment in the working world is such a commonplace for them that Garland’s shock is almost laughable.

Recall that even when Trump confessed to sexually assaulting women against their will on tape his candidacy progressed without interruption, reminding us that when our own interests are on the line we are a say one thing and do another society.

So Trump isn’t the exception: he’s the rule. He represents money over talent, bullying over leadership, and coercion over conviction. It would bad enough if stopped there, but of course it never does.

It does violence to an organization when an unqualified person is placed in a position of power over vastly more experienced and competent candidates. First, it sends a message: who you are trumps what you can do.

Second, it squashes dissent -- protest this and you will face immediate dismissal. Third, it rewards the bad with good, demoralizing almost everyone else in the process.

Most women have observed this preferential phenomenon at some point in their working lives, so they know that when bad men take good positions the rot will quickly spread.

Put an under-qualified man in a position of power and watch what it does to him. Edicts will start coming down from on high. He will test the limits of his new authority like a bully picking playground victims.

To compensate for his lack of qualifications and to distract us from his basic incompetence he will set a series of roaring administrative fires.  Good staff is then placed in the position of deflecting his bad decisions, softening his blunt edges and trying to make his malpractice look like management.

Garland would probably be stunned by just how many women try to offset male incompetence in a working week.  Just ask Kellyanne Conway, the increasingly unbelievable mouthpiece for the Trump administration.

Tasked with defending the indefensible, she is sacrificing her own integrity to camouflage chaos. It’s an old story.

But it’s not these high paid, designer dress wearing spokeswomen that you should feel most sorry for. They are handsomely paid to mask their own horror.

Instead it’s the working men and women of the United States, especially the federal government employees, who find themselves at the business end of Trump’s most impulsive edicts.

I don’t know what it’s like to get up, report to my job at Customs and Border Patrol at my local airport, and then handcuff and detain a five-year-old for hours, separating him from his worried parents, as one did last week in Dulles Airport, but thanks to Donald Trump someone now does.

Oh look it's the ban keeping us safe from this dangerous kid. Thank god they cuffed him. Dulles airport. @CNN @thehill @realDonaldTrump pic.twitter.com/z38cjPs6Ht

You wake up thinking you’re a good person, but then you keep a child from seeing his own family for hours, held in handcuffs, because someone in authority made a cruel and indefensible decision.  All you did was follow his orders.

Authoritarianism doesn’t always arrive with a bunch of jackbooted thugs smashing store windows and setting fires.  To flourish, all it really needs is people to carry out their orders without question.

It means that otherwise decent people can find themselves carrying out life changing acts of cruelty against innocent people they would otherwise have no malice toward. It’s sobering just how quickly all of this can happen.

All a bad manager needs to flourish is for underlings to do his bidding. It can take them too long to recognize that system can only work if they are willing to do as he tells them.

The United States Constitution says that the people rule. Our president is elected by us and answerable to us. He is not a king; he is our employee.

The question before us now is one that is familiar to most working women. Will we do as we are told in the face of cruelty and prejudice toward the innocent, or will we resist and act as our conscience and convictions dictate?