Matthew McConaughey thinks we should all give Trump a chance

Oscar-winner Matthew McConaughey believes even those who don’t like Trump should look to how they can work with him over the next four years. 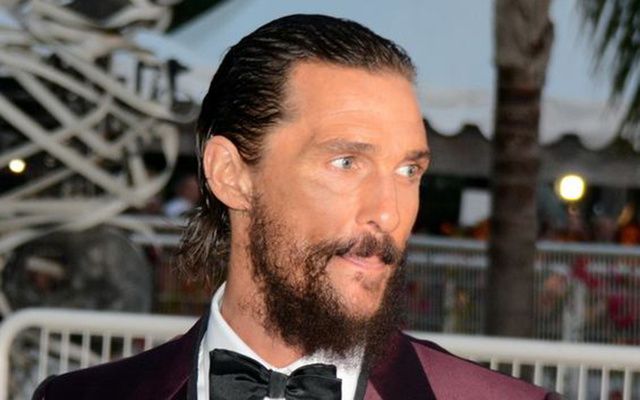 Oscar-winner Matthew McConaughey believes even those who don’t like Trump should look to how they can work with him over the next four years. Georges Biard/WikiCommons

Hollywood star Matthew McConaughey is the latest big name from Tinseltown to give his two cents on President Donald Trump. Breaking from the pack among his big-time acting cohorts, however, the “Dallas Buyer’s Club” star believes it’s time we give Trump the opportunity to prove himself.

Speaking to BBC News recently to promote his new movie “Gold,” McConaughey, 47, seemed to have found some common ground between the current US political landscape and his latest flick. He told the BBC that his latest movie is a “small time, central redneck America sticking one up to the snotty East Coast elites, as it were."

BBC's Andrew Marr asked the Irish American “True Detective” actor about the “Dump Trump” movement in Hollywood, led by the likes of Meryl Streep, and whether he thought the 45th President should be given the chance.

“Do you think it’s time that maybe Hollywood and the cultural elite of America gave this guy a break?” Marr asked.

"Well, they don't have a choice now, he's our President," McConaughey said.

“He’s our president. And … as divisive of an inauguration and time that we’ve ever had, at the same time, it’s time for us to embrace [and] shake hands with this fact and be constructive with him over the next four years.”

McConaughey continued, saying that it’s now time to work with the president during his term whether you agree with him or not.

“So even those who most strongly may disagree with his principles or things he’s said and done – which is another thing, we’ll see what he does compared to what he had said – no matter how much you disagreed along the way, it’s time to think how constructive can you be.

“Because he’s our president for the next four years, at least. President of the United States,” he added.

McConaughey’s own wife is an immigrant to the United States, born in Brazil. She became a citizen in 2015. The interview aired two days after the president his travel and immigration executive order dealing with seven Muslim-majority countries, although it is unknown when exactly the interview was recorded.

The Hollywood actor has immigrant roots himself with Irish heritage on both sides of the family. McConaughey’s mother, Kathleen McCabe, was born in New Jersey, and her family hails from the Cavan/Monaghan area while his father James Donald McConaughey, who died before his son became a big star, also had Irish roots.

The Academy-Award winner previously told an Irish paper he would love to send his kids to the Gaeltacht for an immersion course in the Irish language and culture.

The left will have none of that ?

“My kids are really privileged to call themselves Brazilian Irish. Irish-Brazilian, how great is that? Connected to two of the most vibrant, colorful, exciting cultures on the planet. Both very different yet with so many similarities. It’s beautiful. It’s a gift," he told the Irish Sun.

“I gotta keep up the Gaelic. I want them reading the literature. I want Riverdancing. I want them saying ‘grand’ and ‘lunatic’ to the marvelous,” he added.

“When they’re older, I want to send them to that Irish language summer camp you guys do. It’s like a rite of passage for you guys, isn’t it? When you’re teenagers. I want them fluent – which means I gotta do a crash course too.”