We must share America or lose it, the choice is now clear

Ireland and South Africa both have very strong lessons to teach us about what happens to a society when a powerful minority attempts to call the shots for the majority, instead of sharing power and working together for the good of all. 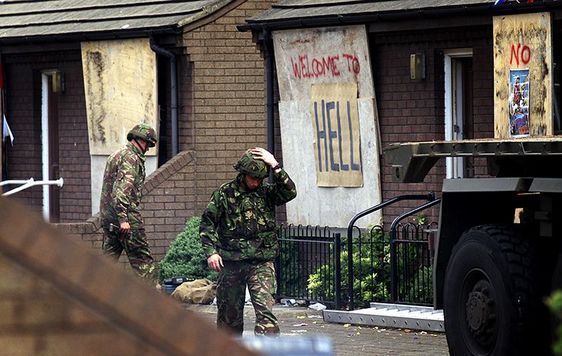 Loveless, faithless, friendless, and cruel. These were not characteristics that we associated with an American president until 2016.

After that disastrous year - and the four that followed, the effects of which we will still be living with for decades to come - we were led by an avatar of the ugly American, a golem made almost entirely out of resentment and spite, handpicked by almost half the nation to carry our banner.

For some Donald Trump was a desperate attempt at a national reset button, a last-ditch they fortified against inevitable social and political change. But his presidency ended chaotically and infamously and the change that he was elected to stop has still arrived.

Last week the 2020 census revealed that the overall racial and ethnic diversity of the country has increased since 2010, according to U.S. Census Bureau. How you feel about that news will say a lot about how you feel about the wider country now.

Perhaps you can see the promise of America being fulfilled in our future as a multiracial democracy, or perhaps it has stoked your suspicion and paranoia regarding the unmistakable loss of white power?

Anti-immigrant loathing in this country has always had its secret roots in fear. Fear that white voters will become just another voting block, not the deciding voting block. Fear of reprisals for the treatment we have handed out for centuries to others.

It also has its roots in racism. After Barack Obama's two successful terms as America's first black president, there was a reactionary backlash that eventually picked a 1980s shoulder-padded cosplay of a successful businessman, what Fran Lebowitz famously called a poor person's idea of a rich man, to lead us back to the future and restore white people's position at the top of the political pyramid.

But the 2020 census tells no lies. It shows us that there is now no majority racial or ethnic group for people younger than 18 here, as the share of non-Hispanic whites in the age group has dropped from 53.5% to 47.3% since 2010. Our future is unarguably multiracial, regardless of any and all attempts by the Republican Party to hijack voting rights and all the levers of power.

So instead of feeling threatened, perhaps it would be more productive to see the great potential of our multiracial, multi-ethic future? Because it's arriving whether we like it or not.

Anxiety over what it all portends gave us Donald Trump and eventually a violent and failed insurrection at the U.S. Capitol Building, twin developments that deeply harmed rather than helped our democracy.

Ireland and South Africa both have very strong lessons to teach us about what happens to a society when a powerful minority attempt to call the shots for the majority, instead of sharing power and working together for the good of all.

The Troubles began because Ulster unionism could not countenance anything but its own supremacy, even when it became politically and economically untenable (and for long decades after that). Nothing is deadlier to peace, democracy and the rule of law we discovered than the belief that one community should make the decisions for all others.

If we learned that lesson the hard way in Ireland, what are we doing supporting a similarly doomed to fail attempt to enforce continuing supremacy here? How do we think all that's going to work out? History is filled with examples of this kind of arrogance and hubris meeting its comeuppance.

The remarkable weirdness of GOP politics right now is a result of its growing desperation in the face of inevitable social and political change. The weirdness can be seen in threatening to pull the funding from schools if children dare to wear masks to protect themselves from the massively contagious Delta variant.

It can be seen in pointless attempts to prevent the real racial history of the country being taught in our schools. In desperately writing new voting restrictions in state after state to make it harder for people of color to vote in elections and in the delusional belief that the Supreme Court or Congress will somehow reinstate Trump as the election's real winner and president.

All of these lunatic beliefs have their origin in the unspoken feat that the bill has somehow come due for centuries of unquestioned social dominance, so the great question before us now is will we fess up to our untidy pasts and learn to live now in a shared nation as a shared people, or will we pursue insularity and hostility the way Northern Ireland and South Africa once did?

Or to put it more succinctly, peace or war?