QAnon, like Covid-19 itself, has now clearly infected the hosts that once tried to contain and direct it. 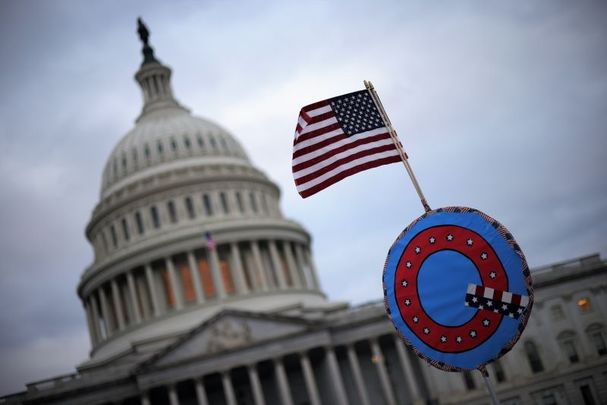 January 6, 2021:A U.S. flag with a symbol from the group QAnon as they gather outside the U.S. Capitol in Washington, DC. Getty Images

The GOP and Donald Trump got on board with QAnon conspiracy theories in 2016. Thanks to their decision, a sizable percent of the country no longer recognizes a shared reality with the rest of us.

Oh, I know they've always been with us. Back in the early 2000s, there were communities online that promoted the idea the 9/11 attacks were an inside job, planned by our own government, instead of by overseas terrorists. 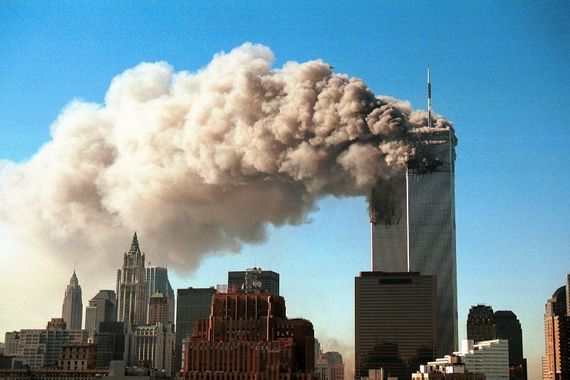 They understood people thought they were lunatics, they didn't mention their beliefs publicly for fear of a good drubbing or worse.

The QAnon era has changed all that, however. Nowadays, belief in whack-job conspiracies has become a badge of honor, not a cloak of shame, to many conservative voters who have come to prefer make-believe to hard reality.

In psychology, creating the reality you prefer over reality as it actually stands is called magical thinking. Magical thinking has now reached epidemic proportions in the GOP.

There are now people, some of them as prominent as Mike Lindell, CEO of MyPillow, who believe that our landslide election (really, it wasn't even close) was somehow interfered with and should have resulted in a second Trump term. Not only that, Lindell believes Trump will be reinstated by the Supreme Court later this month as the nation's true president.

Faced with irrefutable proof of a national cultural and political shift towards Democrats, fear of the future has seen more and more conservatives steer their once-formidable party headlong into the dreams of the past, over the anxieties of the present. No wonder there's such a growing appetite for self-deception.

At first, the GOP leadership thought they could exploit this new era of paranoia and suspicion by playing footsie with its main theories. Problem is, when you embrace an alternate reality, it can very quickly pose a threat to both the party and the real-world issues you want to promote.

That ship has sailed though. The GOP and Trump got on board with QAnon in 2016 and the result is that a sizable percent of the country now no longer recognizes a shared reality with the rest of us. And what do I mean about shared reality?

Well, QAnon believers were told, repeatedly, that unrealistic and unachievable events would soon be within their grasp. Trump would stop Joe Biden's inauguration, they were told. That didn't happen. Trump will be reinstated as president this month. That won't happen either.

And before you say what has this got to do with me, remember that QAnon is no longer just an army of neckbeards living in their parent's basement. It's now your grandparents, your uncles, and aunts, your brothers and sisters too. It's even elected Congressional leaders like Marjorie Taylor Greene and Lauren Boebert.

When the truth no longer matters, when in fact it is no longer even welcome, you begin to undermine consensus and collective experience. Your political opponents not only disagree with you, their motives start to become infernal.

In an era where religion has lost many practitioners, QAnon seems to be filling the human desire for meaning and collective destiny for a growing number of citizens.

How can I tell that QAnon has captured the heart of the GOP? One need only look to Florida and the exploding caseload of Covid-19 cases – 110,000 in one week – and the Republican leadership's ominous refusal to look the reality in the face. 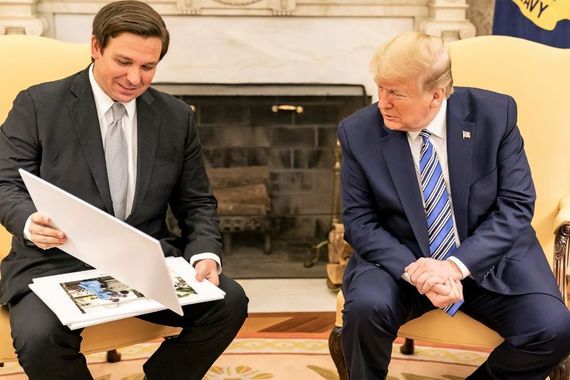 Governor Ron DeSantis, who has national ambitions, was blasted this week after the state reported 21,683 new Covid-19 cases on Saturday, their highest single-day total since the pandemic began.

Ignoring reality, DeSantis rejected mask mandates and then watched a surge of cases across the state. Florida is now the new epicenter of the virus, accounting for over 20 percent of all the new cases in the nation, but DeSantis still says no to mask mandates or further lockdowns because his supporters no longer like reality any more than he does.

There's a Jim Jones quality to this new level of fact denying in the face of overwhelming, irrefutable proof. But that's the QAnon legacy at work, which – like Covid-19 itself - has clearly now infected the hosts that once tried to contain and direct it.

The problem is, DeSantis' lamentable decision is infecting the rest of the nation too by providing so many unprepared hosts for the new Delta variant.