The danger of conspiracy theories to the United States' democracy

It is hard to believe that one-third of Republican voters believe the raving QAnon narrative which preaches that President Trump is battling a global network of satanic child sex traffickers with connections to the Clintons and George Soros. 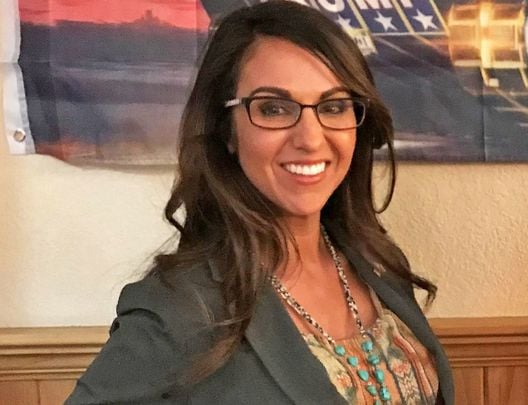 That is about 25 million Americans walking around with some version of these crazy ideas, clear in their minds that the despised media won’t even cover the abusive traffickers, who in this country are mollycoddled by Democrats.

A series of polls since the November election reveal that no less than 70 percent of Republicans – around 56 million citizens -- agree with President Trump that the declared election results are fraudulent, that he, not Joe Biden, won on November 3.

The Trump campaign went to 90 courts in various states to argue their belief about twisted corrupt elections. They lost in all cases, with a number of judges commenting on the lack of any evidence presented for their claims and rebuking them for trivializing the work of the court system.

Trump points out correctly that on the first night of the count he won Florida and Texas and Ohio – a state that for more than half a century was a sure harbinger of overall victory – and he was comfortably ahead in other key places. He claims that his opponents somehow intervened, messing with the voting over the next few days as one state after another fell to the Democrats. He was flabbergasted by the new numbers which showed that he lost, and he concluded that Biden supporters were somehow involved in what he calls vote-rigging.

So, in the best autocratic tradition, Trump declared himself the clear victor. He called together some of his top strategists and they advised him that his continuation as the president looked very precarious.

They considered calling in the military to impose another election in certain states where he was just beaten but which he won in 2016. Some sensible voices were raised against proceeding with plans to call in the soldiers, and a few days later an official announcement ruled out what would have been a first coup d’etat in America.

Covid-19 dominated life in the U.S. and beyond in 2020.  Dr. Anthony Fauci represented the correct scientific response – troublesome and demanding – involving staying at home, away from crowds, and wearing a mask when shopping or engaging in any other necessary social activity.

Democratic candidates Biden and Kamala Harris, always masked, hunkered down and never addressed crowds where people were in close contact with each other.

President Trump, however, disregarded the advice of his own Center for Disease Control and spoke at political rallies where most of the people gathered in close quarters with few covering their faces.  The blatant hypocrisy was evident to all.

Violent groups on the right like the Proud Boys, whom Trump advised to stand by – whatever that may involve -- showed their ebullience and readiness for action.  There has been a dramatic spike in gun purchases and some other ominous signs of a gathering constitutional storm.

Karl Popper was a famous Austrian philosopher who in the 1950s wrote about what he named conspiracy theories. He pointed to people who believe sincerely that they know how to create heaven on earth. The only thing that stymies their dream is the evil attention of Satan whose interest is in populating the other place where he rules.

The binary imagery of good and evil groups is central to understanding the conspiratorial mind. The French Revolution is down as a masonic conspiracy; the Russian Revolution was a Jewish conspiracy, and London Tories believe that the European Union qualifies as an anti-British conspiracy.

Most of all, America is in the throes of a ravaging pandemic because of a Chinese conspiracy. And so on.

Donald Trump sees enemies plotting his downfall around every corner. He is the first president of modern times to advocate locking up his opponents: Hillary Clinton for erased emails, Barack Obama for spying on him, and Biden for enabling his son Hunter’s involvement with the Ukrainian gas company Burisma.

Never mind that Clinton was cleared of illegal behavior by the FBI, and the president’s sycophantic Attorney General, Bill Barr, declared that there was no evidence for a corruption case against either Biden.

These scattershot accusations emanating from the White House have no modern precedent. Trump’s plaintive cry at one of his last rallies to “lock them all up” left many people wondering how our democracy has ended up in such a dark and dismal place and whether American democracy can survive.

He himself faces serious legal issues after his departure from his center of power in Washington on January 20.  In late September last year, three New York Times reporters documented Trump’s “chronic losses and years of tax avoidance.” The Manhattan DA, Cyrus Vance, has hired experts to help analyze his tax documents which the Supreme Court affirms he is entitled to use in evidence.

The former president will likely have to justify his tax returns to a New York jury in 2021. Serious stuff with possible deleterious consequences for Trump.

Most conspiracy theories follow a pattern: seeming manifestations of injustice or alleged stupidity on the part of prominent Democrats or their moneyed supporters. Add references to events that are hard to explain but for which the liberal government is always to blame. There you have the ingredients for a Q story.

They are opposed to any program that redistributes wealth while ironically excoriating two of the richest men in the world associated with massive international charity work. Bill Gates’ contribution in their eyes is seriously suspect because he pours vast sums into the World Health Organization for vaccine research and distribution.

And Public Enemy Number One for them is George Soros, who directs much of his bank account to promote liberal democracy, highlighting the importance of, for instance, the American constitutional system with its stress on checks and balances.

Amazingly, these two billionaires are identified as driving forces in what some in the internet call the New World Order of Satanists whose main goal is the enslavement of the multitudes.

Some commentators tend to dismiss such conspiracists as way-out extremists without a wider constituency. They say that such outrageous fabulations will quickly wither and die when normal politics returns after President Trump departs. Maybe!

In 2016, solely under the influence of Pizzagate, the precursor of QAnon, Edgar Welch from North Carolina, marched into a pizza parlor with three loaded guns to rescue children who, he was told, were being kept prisoner there by Democrats, following orders from Clinton. This whole brouhaha originated when some conspiracists claimed that they had decoded messages about this horrible abuse in the emails of Clinton’s campaign manager, John Podesta.

On Christmas Day 2020, Anthony Warner, a 63-year-old techie living in Nashville, blew up his R.V. while he was inside the vehicle. In investigating what motivated Warner, police discovered that he made regular trips to another location in Tennessee, home to supposedly destructive reptiles in human form. Some of Warner’s acquaintances say he was deeply immersed in Q-type conspiracies.

Also, two Republicans were just elected to Congress who openly admire the Q phenomenon: Marjorie Tyler Greene from Georgia and Lauren Boebert from Colorado.  Greene has shown where she stands by supporting legal action against Vice President Mike Pence to prevent him from performing his formal role in certifying the election results.

Still, the big danger of conspiracy theories is not that they tear down society. They don’t have visible leaders or spokesmen, but the internet is rife with their crazy and unfounded conspiracies. They do immense damage by delegitimizing the Biden presidency.

The cynical refusal by so many to accept the results of a legitimate election and the promotion of wild, unfounded assertions of government corruption spinning on social media demoralizes the whole body politic.

* Gerry O'Shea, is from Yonkers, New York. You can read more of his work at www.wemustbetalking.com.