The problem with Prince Harry's memoir "Spare" is that the discussion about England’s long history of racism and its violent colonial past isn’t really happening anywhere. 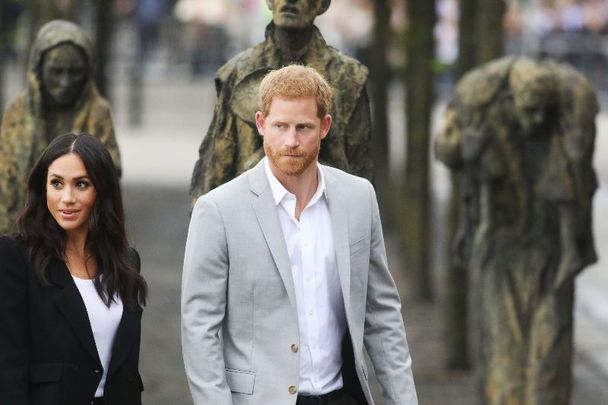 Like many people, I don't like to think about the English royal family because what sane person does?

But Prince Harry and his explosive tell-all book "Spare" are literally everywhere this month, on TV, social media, and especially in the pages of the British tabloid press where Murdoch’s paid proxies are howling with shock and outrage.

The problem is that the discussion behind this discussion – the one about England’s long history of racism and its violent colonial past - isn’t really happening anywhere, obviously. Even Harry, for obvious reasons, doesn't want to open that particular can of historical worms.

I think we should, though. If there's one thing about being Irish that I have inherited, it's a nail-pairing perspective on the British Empire that comes from being its oldest colony. Growing up near the business end of that enterprise in the north of Ireland has taught me a thing or two about British power and exploitation that I can bring to bear now.

The first thing to remember is that no one ever thinks they're the bad guy. Harry doesn't think he is; the royal family members that plant hateful stories about his wife in the English press don't think they are the bad guys either, and speaking from my own experience, the British soldiers who once patrolled the border I used to cross daily with their submachine guns pointing in my teenage face didn't think that their presence in another country was any kind of problem at all.

This fact draws attention to the much bigger idea that so much of what you see is determined by where you stand, even if you're standing on someone else's land with a gun in your hand, for example.

It's human nature to edit out the parts of the story that make you feel uncomfortable. Watch any recent interview with Harry to see this process at work. I was probably unintentionally racist once, he admits, flinching. If I hadn't married who I married I could probably be unconsciously bigoted, he confessed. He looked uncomfortable saying this because how could he not?

It was seeing the world through his wife's eyes, seeing the racism and bullying she was being subjected to daily, that allowed him a glimpse at how systemic racial oppression works. Usually it works by exhausting you. 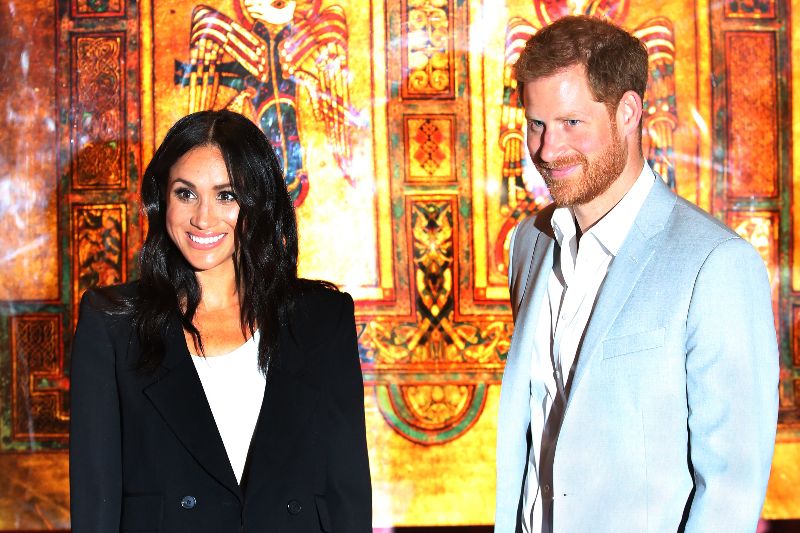 July 11, 2018: Meghan Markle and Prince Harry at the Book of Kells in Dublin. (RollingNews.ie)

You discover the game is rigged and the real power is concentrated in your opponents hands. It's not a fair fight, and that's the whole point. The idea is to make going to war look so unwinnable that you would rather flee the country and the whole sorry game before you can even think about responding.

Harry didn't come to this realization by himself. The worst attacks happened to his biracial wife, not him, and he was close enough to see them all unfolding in real-time. It could have killed her. At a minimum, it was intended to pillory her in the court of public opinion.

Like his mother before him, he finally saw just how ruthless being a pillar of the British establishment could be and after he got over the shock, he changed his life.

The book he wrote about his wife's bitter experience, and behind that his own, is now a bestseller, but I don't think he's out of the woods. It can be hard for Americans to understand how the British tabloids set the national thermostat there in a way that is almost North Korean. They're so ubiquitous that they force you to have an opinion because Rupert Murdoch’s press creates so much hostility. It's not a fair fight, and that's the point.

Interestingly, in the same week that Harry's book created a global sensation, the news broke that the Parthenon marbles, once scandalously purloined by a British lord in the early 1800s, would not be returned to Greece.

Sitting for the last two centuries in a grey wing of the equally grey British Museum, the UK's Culture Secretary said that the return of the marbles to Athens would “open a can of worms” about the British imperial past, the international heist it represented, and the vexed question of what right did Britain even have to display the critical patrimony of another country on their museum shelves?

Did you know that many priceless Irish artifacts, like the Bell and Bell-Shrine of Saint Cuileáin, are also on display on those same British museum shelves, but they are cited with the softening word Celtic, not Irish?

The use of the word Celtic gives the impression they could have come from anywhere on the two islands, instead of more precisely from one.

Just like Harry, those museum directors can see that they have benefited from a very dubious inheritance and just like him they don't want to have a bigger conversation about how that inheritance was actually built. We should remind them.