Prince Harry revealed a "wonderful Irishman" drove him through the tunnel where his mother, Princess Diana, died years after her death to help him understand how it happened 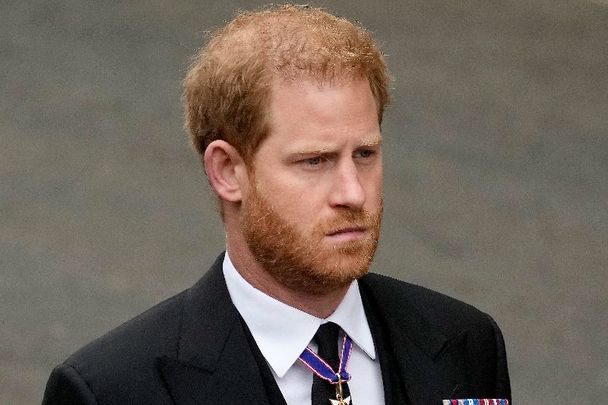 A "wonderful Irishman" drove Prince Harry through the Paris tunnel at the same speed his mother was traveling at ahead of her fatal crash in 1997, Prince Harry revealed in a recent interview with ITV's Tom Bradby.

"There was no danger of anybody losing control even after a drink or a couple of drinks, however," Harry said in the interview.

"When you’ve actually experienced the same thing, which you assume your mother’s driver was experiencing at the time, then it’s really hard to, I guess, understand how some people have come away with the conclusions of that night.

"And that the people that were predominantly responsible for it, all got away with it.

"And, on top of that, so much of the British press, who were part of it, who fuelled it, said that things would change, but they haven’t changed."

Harry was just 12 years old when his mother died on August 31, 1997, after the car she was traveling in crashed while fleeing paparazzi in the Pont de l'Alma tunnel in Paris. Her partner Dodi Fayed and their chauffeur Henri Paul were also killed in the crash.

Harry told Bradby that his mother's death was something that he "couldn't comprehend" and said he asked for photos of the crash as he sought evidence of her death.

"By this point, I was starting to understand the involvement of the paparazzi chasing her and to this day, I will remain eternally grateful for Jamie (his private secretary) for showing me, what he believed I needed to see, but removing the stuff that he knew I didn’t need to see.

"I don’t know where I’d be now if I saw the stuff that I wanted to see, that I demanded to see.

"I saw the back of her blonde hair slumped on the back of the seat. There were other photographs, that would probably show my mother’s face and blood. And those, I assume were the ones that Jamie removed. And I’m grateful to him for that."