The criticism of Prince Harry's claim about killing 25 people in Afghanistan is another example of collective British amnesia. 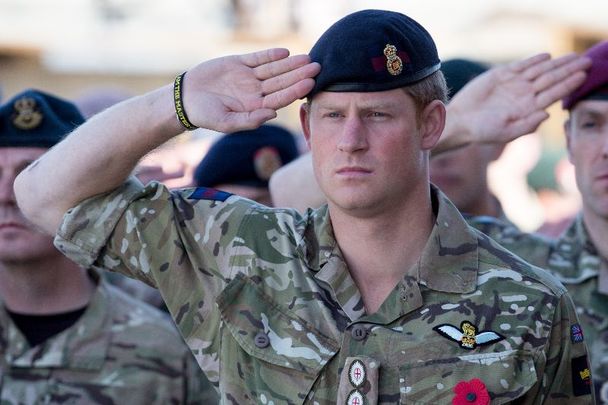 November 9, 2014: Prince Harry salutes as the Last Post is played as he joins British troops and service personal remaining in Afghanistan and also International Security Assistance Force (ISAF) personnel and civilians as they gather for a Remembrance Sunday service at Kandahar Airfield in Kandahar, Afghanistan. Getty Images

Anderson Cooper did a ridiculously poor interview with Prince Harry on "60 Minutes" on January 8, missing the most obvious questions of all.

For instance, why was Harry so callous in boasting about killing 25 people who may or may not have been members of the Taliban?

Given that right now the Taliban are completely back in power in that godforsaken country and have just banned women from being educated, might Cooper not have been better questioning what on earth he was doing there instead of describing dead Afghans as “chess pieces?”

The strangest thing is military colleagues of Harry claiming the British Army would never act like that, killing needlessly, putting ”notches on the rifle butt,” as former Royal Irish Rangers commander Tim Collins explained. It was Collins who made a famous speech about how the soldiers must conduct themselves in battle back in 2003.

The invasion of Iraq was a colossal mistake by the British and US, following an ill-defined policy of deciding to eliminate Saddam Hussein, and then basically seeing what would happen. We now know what did – an estimated 110,000 combined dead including a huge number of civilians in a vicious war.

Did Cooper think of asking what Harry thought of the fact that he fought in a bloody and unnecessary war?

Also, no one has highlighted that an inquiry is soon to start on the oughties murders by the SAS of 54 Afghan civilians, including two young boys and an infant.

Despite all that, the SAS and Paratroopers joined in with the criticism of Harry, claiming that the British Army operations were always respectful of life.

“Oh Lordy,” as natives from India to Northern Ireland might say as they beg to differ.

The collective British amnesia is plain to see. From Bloody Sunday in 1972 in Derry where the pristine Paras slaughtered 14 unarmed civilians in cold blood, to the murder of the Miami Showband planned in 1975 by dirty ops commander, the SAS trained Robert Nairac, to the shoot-to-kill policy in the North, to torture of innocents and women, the British Army acted disgracefully. 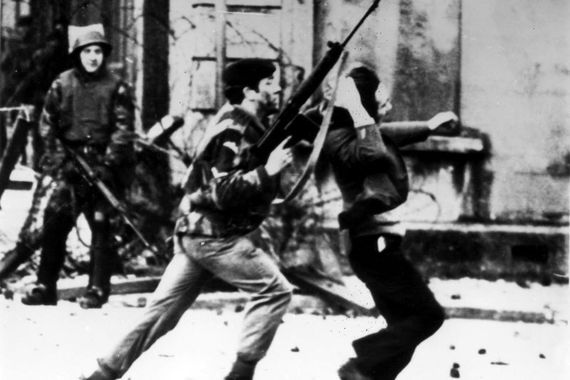 So Harry was not speaking out of turn or untruthfully. Murdering innocent civilians is a much bigger deal than fighting with your family it would seem, but Cooper was way off his game it seemed.

In truth, the trouble with Prince Harry is that those in gilded palaces should not throw stones. He was born to a life of privilege with footmen and servants at his beck and call, private planes to jet all over the world, never having to worry about his next job or his next pay cut. He is like Richie Rich, and hardly the one to complain.

Sure, his mother died and his family is riven by feuds, but he’s not the first young man to lose a beloved mother or have domestic problems.

Cooper ignored the real issues, the glamorous life, the Oprah interview, the $100 million Netflix contract, and instead leaked empathy for the Falstaffian clown in front of him.

It was not his best performance, not by a long shot, but it shows how far we have shrunk when the foibles of poor little rich kids are the focus of a nation – indeed a world – with so much need and poverty about.

*This editorial first appeared in the January 11 edition of the weekly Irish Voice newspaper, sister publication to IrishCentral.