Ireland's national broadcaster RTÉ are taking some heat having paid for the tell-all Oprah Winfrey interview with Prince Harry and Meghan Markle. 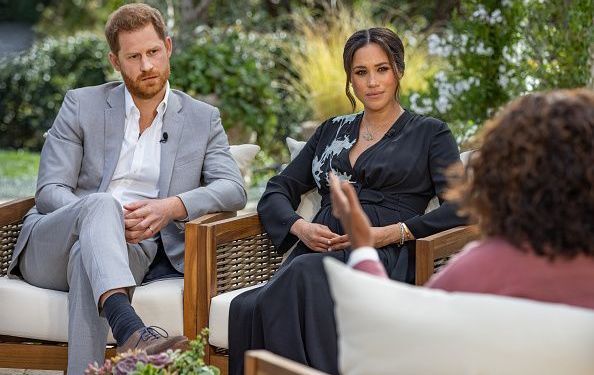 Irish national broadcaster RTÉ is getting some stick for forking out about €10,000 for the exclusive Irish rights to broadcast Meghan and Harry’s Oprah tell-all.

That’s peanuts compared to what CBS paid for it – in the region of $7 million – and ITV in the U.K. which cut a check for about $1.4 million, but some Irish politicians say RTÉ wasted taxpayer money.

"The RTÉ highlights program on the League of Ireland has been axed on Monday nights, so the decision to purchase the rights to the Oprah interview is all the more frustrating," the Labour Party’s media spokesperson Senator Marie Sherlock told the Sunday World.

"Given the vast majority of houses have…access to U.K. channels it does seem remarkable that RTÉ would buy the rights to broadcast the interview, particularly at the time when RTÉ is looking at its own costs and having to reduce them.”

"RTÉ are continuously crying poverty and the big question is how much they paid for it," she told the World.

"Perhaps they think there will be interest in it, but why buy the rights when it's going to be on other channels such as ITV and also on social media apps, so was it wise to spend money on British royal family gossip?"

Judging by the through-the-roof ratings and the jaw-dropping revelations that have rocked the royals to the core, it probably was worth it!

Here are some highlights from the tell-all interview: