Looking for some Irish party finger food for your St. Patrick's Day party? This canape is a brilliant twist on the traditional much-loved Irish American dinner recipe 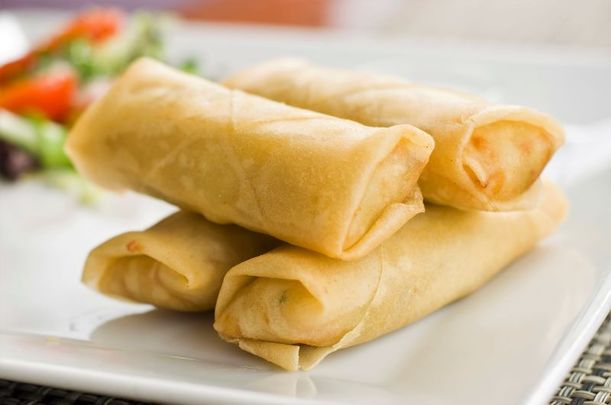 This canape is a brilliant twist on the traditional much-loved Irish American dinner recipe!

We're here to help you add to your entertaining recipe arsenal. We've got a great canape idea for you. Let's call it the "new Irish" - a twist on the traditional much loved Irish recipe.

Back before the days of electricity and refrigeration, one of the few ways to preserve meat for the winter season was to salt cure it. In fall, when temperatures were chilly and cold, cows were harvested, and the meat packed into wooden barrels between alternating layers of coarse salt.

This salt was roughly the size of kernels of corn; hence the term "corned" beef. Salting also gives the beef its pungent, piquant flavor and chewy fibrous texture as well.

Salt is excellent at removing moisture from cells via osmotic pressure. Too much salt can make us feel thirsty, as it naturally drives water from our cells. This is why salt "cures" animal flesh so effectively. It also creates an environment that is hostile to bacteria and fungus as well.

Boiling is essential in driving out salt, and tenderizing the meat. Cabbage is an excellent "wintering" vegetable because of its high density, and it keeps well in root cellars—artificial "caves" dug beneath the ground—hence the natural combination of corned beef and cabbage in winter. It's of interest that corned beef is rarely prepared this way any longer, but is "wet cured" in a brine solution with spices.

The argument can be made that corned beef is about as Irish as General Tso's chicken is Chinese. Indeed, you'd have less difficulty tracking down the meat in a New York bar than in a Dublin pub. But don't judge the dish too harshly. This briny brisket fed the folks that made America—just as our cities were built on carry-out Chinese, anchored by the inauthentic fried egg roll.

(Oh, and don't forget the cool, frothy Guinness, not for the recipe but just to have while making the dish!)

Soak one spring roll wrapper in hot water. Use tongs to remove the wrapper. Place on prep area. The wrapper may stick so a lint-free cloth may be used under the wrapper.

Ingredients should be added 1 inch from the edge closest to the preparer.

Add 6 slices of corned beef and then cabbage from the left to right side of the spring roll wrapper. You may have to adjust amounts, less or more, depending on the size of the wrapper or desired fullness. Fold left and right sides of wrapper over edges of filling. Roll wrapper from bottom. Repeat with remaining spring roll wrappers.

Heat the oil to 375F. Fry spring rolls until golden brown and drain on paper towels. Cut in half. Serve hot with a side of Thousand Island dressing