Queen will host Joe Biden at Buckingham Palace this summer

Joe Biden may include a trip to his ancestral homeland in Ireland prior to the meeting, although nothing has been confirmed yet. 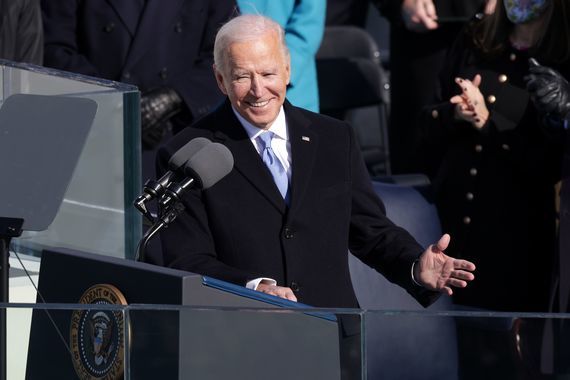 Joe Biden will travel to Cornwall in June for a G7 summit. Getty

The Queen will meet with Irish-American president Joe Biden in June this year at Buckingham Palace.

She will be joined by Prince Charles who famously refused to meet with Donald Trump during his visit to Lonon over two years ago.

Biden will be in Britain for the G7 summit to be held in Cornwall.

Biden has made no secret of his pro-Irish sentiments and the British were said to be offended by his removal of the Winston Churchill bust from the Oval Office.

There remains a possibility of an Irish stop prior to or directly after the British visit, say Irish government sources, but nothing is confirmed.

The Royal Family seems intent on presenting quite a show. The London Times reports that she “will be joined at the “soft power” reception in June by the Prince of Wales, the Duchess of Cornwall and the Duke and Duchess of Cambridge under plans being drawn up by royal and government officials to cement the “special relationship” between the UK and America.

Now aged 94, The Queen has met every American president since Eisenhower with the exception of Lyndon Johnston.

The warm royal welcome is in contrast to the 2018 visit of Donald Trump. Prince Charles and Prince William refused to meet him and he received no invitation to address parliament.

On this occasion, Sir Lindsay Hoyle, the Speaker of the House, has written to Biden inviting him to visit the Commons,

Prince Charles is said to be especially happy that Biden has kicked off with a strong pro-environment policy.

A senior royal source told The Sunday Times: “There is a desire from the Foreign, Commonwealth and Development Office to have a very strong royal presence before G7 events, and all senior members of the royal family will be part of what happens.”

Biden has made no secret of his strong pro-Irish roots, even down to discussing how in his home growing up the Black and Tans were used as the bogeymen by his adult relatives.