A Times of London writer has downplayed Joe Biden's Irish roots in an opinion piece that overlooks the experiences of Irish-Americans. 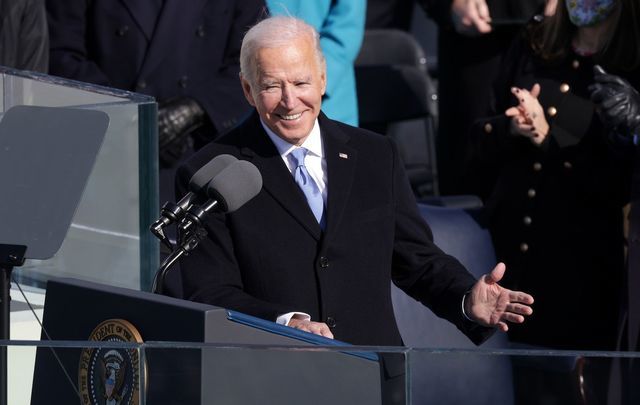 A controversial opinion piece in the Times of London has ridiculed the experience of millions of Irish-Americans and claimed that Joe Biden's Irish roots are not as important as he makes them out to be.

Ben McIntyre's Saturday column, entitled "America's Irish history is so much Blarney", appears to ridicule millions of Americans who celebrate a connection to the Emerald Isle, claiming that Irish-American's understanding of Ireland is limited at best.

It should not be completely surprising considering McIntyre published a book about the SAS called "Rogue Heroes" which utterly romanticized the undercover British force responsible for countless murders and illegal activities. He has also written several well-received books about the glorious endeavors of the British MI5 and MI6 undercover forces.  He represents English nationalism at its worst or best depending on how you view it

"While Irish-Americans love the idea of Ireland, their understanding of Ireland itself can sometimes be quite vague," McIntyre writes. He claims to have met a fat Irish-American at a Sinn Fein event in New York who told him he couldn't wait to see British tanks off the streets of Dublin, a claim about as believable as the hoary old chestnut now disproved, of collection plates in Irish pubs all over the US for the IRA.

Of course, the newspaper he writes for has a horrific record on the Irish.

The Washington Post reported in 1889 that "The Times..hailed the famine of 'Black '47' as a providential means of settling the Irish question by killing off the people, exultingly declaring that 'an Irishman would soon be as rare in Connemara as a red Indian on the shores of Manhattan. "

McIntyre has kept that tradition of loathing alive. "From the start of the Troubles, gullible Irish-Americans donated money to Noraid (the Irish Northern Aid Committee) that was destined for the IRA, without a proper awareness of the murderous use their dollars would be put to."

Mcintyre writes that the Irish-American experience is based on "unquestioned myth" rather than the "complex facts of Irish politics" and claims that Irish-Americans' opinions of Ireland are not based in reality.

He might like to update the record and talk to President Bill Clinton or former Senator George Mitchell. It was the power of Irish America that brought Clinton to the Irish issue and without his appointment of Mitchell, there would never have been a Good Friday peace agreement in 1998.

McIntyre prefers to stick to the cliches, however. There is something else at work, anger among the British ruling class that Biden stands with the Irish and booted Churchill's bust out of the Oval Office. The fact that Biden is well versed in the Black and Tans and has mentioned them in interviews and Churchill was the person who ordered them into Ireland, might well have something to do with it.

The Times of London writer briefly acknowledges the discrimination and hardship encountered by countless Irish emigrants in centuries past before downplaying that suffering of millions by alluding to the "powerful political bloc" formed by Irish emigrants in several US cities, as if to say that hardship and suffering are acceptable so long as a tiny minority gains a morsel of political power.

Mcintyre's column overlooks the centuries of horror that Irish people experienced as a result of Britain's presence in Ireland and instead labels Irish-Americans "the ultimate insiders", pointing to the fact that 23 of the 46 Presidents of the United States had some Irish ancestry.

However, Mcintyre fails to properly note that the vast majority of Irish-American Presidents came from a wealthy protestant background and precious little to do with the Irish-American experience of Presidents like Biden or John F. Kennedy, whose ancestors were forced to flee Famine and death in the mid-1800s.

To compare the experiences of Kennedy's ancestors with those of Andrew Jackson's, for example, is grossly disingenuous. Jackson may have had ties to Ireland, but his parents were Scots-Irish colonists who emigrated to America in search of profits and experienced none of the hardship or discrimination encountered by Famine emigrants.

Mcintyre begrudgingly acknowledges that Biden is the most Irish-American President since Kennedy, although he does label his Irish heritage "superficial" at one point. He rightfully argues that the Irish-American vote could have helped to seal his election win last November.

However, he also argues that Biden will "wear the green lightly" as President and that he won't harbor any ill will toward Britain.

The latter may very well be true, but Mcintyre misses the point. Biden is deeply proud of his Irish roots and has drawn on them throughout his five-decade career in politics.

Biden, whose Irish ancestry is rooted in famine and tragedy, will almost undoubtedly enjoy cordial relations with Britain, but he will do nothing to risk peace on the island of Ireland and will almost certainly prioritize Irish interests over British ones.