No country for Irish homebuyers thanks to vulture funds

"Why are the great-grandchildren of the Irish revolution selling their own compatriots out to every big vulture fund who opens their overflowing wallet?" 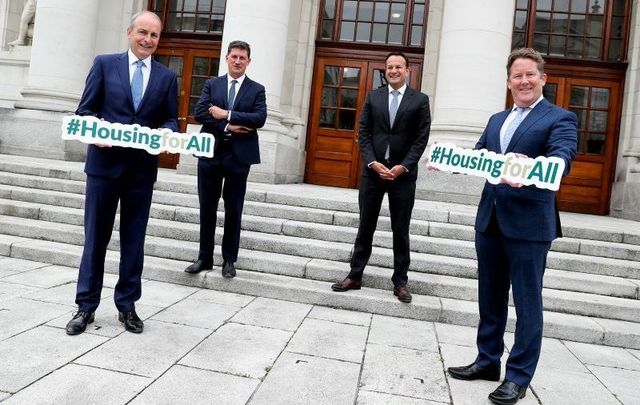 September 2, 2021: Taoiseach, Micheál Martin TD, Tánaiste and Minister for Enterprise, Trade and Employment Leo Varadkar TD, Minister for the Environment, Climate, Communications and Transport, Eamon Ryan TD and Minister for Housing, Local Government and Heritage, Darragh O’Brien TD at the launch of Housing for All - a New Housing Plan for Ireland. RollingNews.ie

Why is the Irish Department of Finance holding what some critics call another fire sale for the international cuckoo funds and vulture capitals?

Existing between every boom and bust, between every Dáil, Taoiseach, and leadership challenge, the Irish Department of Finance's stated mission is “to manage Government finances and play a central role in the achievement of the Government’s economic and social goals...”

They also play “a leadership role in the improvement of the standards of living of Irish citizens...”

That seems clear enough, so why will the Irish Department of Finance soon hold what some critics call a fire sale for the international cuckoo funds and the vulture capitals who can easily outbid working people for the nation's newly built homes? 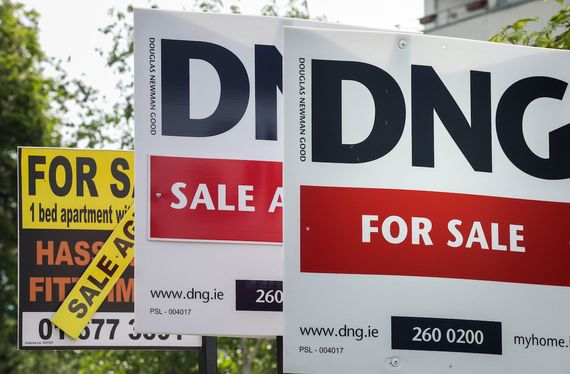 “Now it has been revealed that both Ministers intend to go on a roadshow to reassure these very same investors that Ireland is open for business. Minister O’Brien must reveal the details of this roadshow. Who do they intend to meet?

"What new sweetheart deals are they promising behind closed doors to attract these funds to Ireland?” said O Broin.

“Crucially, Minister O’Brien must explain how more of this kind of investment will deliver good quality affordable homes.”

These are very good questions. Inviting these overseas funds into Ireland has not worked out very well for Irish home buyers. Indeed the whole question of housing – the affordability of, the lack of public investment in – is very serious business in Ireland, where many despair of ever getting a share of the property market and have taken the time-honored route of emigration in the new century (just as they did in the last).

This summer, the news broke about another deep-pocketed foreign investment fund that had bought almost all of the new houses in two big developments near Dublin, hundreds of homes that would have been perfect for first-time buyers and families were gone in a flash. This happened in the middle of the nation's already ongoing housing crisis, enraging would-be homebuyers.

News reports that college students cannot secure accommodation in Dublin as their terms begin (with many being charged north of €900 a month for a basic room) adds to the deepening sense that the property market is now entirely out of the average person's hands.

The effect that these funds have is to push out individual buyers by outbidding them, condemning them to a life of month-to-month tenancy instead of ownership, in a rack-rent scam that would have been familiar to our dispossessed 19th-century Irish ancestors, who became tenants (of the British) in their own country.

So why are the great-grandchildren of the Irish revolution selling their own compatriots out to every big vulture fund who opens their overflowing wallet?

Because, sadly, for our governing class, a Thatcherite free-market ideology outweighs every other consideration, including quality of life and the public good.
Look, it's really complicated our political class cry, like a dithering on again off again boyfriend who can't or won't commit. Give us time, they plead, although they have had decades of it and the result is always the same.

Last June, the Irish Economic and Social Research Institute (ESRI) recommended that the Irish state had the capacity to “prudently” borrow up to 7 billion a year to provide funding to build thousands of additional new social homes, a long wished for project for the tens of thousands of would-be Irish homebuyers.

The European Central Bank and International Monetary Fund have long recommended that Ireland should borrow to build up infrastructure and drive economic reforms, but that has fallen on deaf ears in Dublin.

Not a chance, let the markets decide, the civil servants at the Department of Finance sniffed, branding the ESRI recommendations as “not helpful” and “detached from reality.” 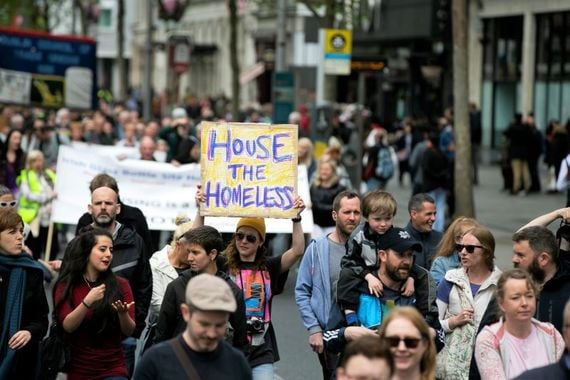 But are they? I would think the inability to ever buy and own your own home in your own country is a terrific reality, with far-reaching, life-changing consequences for those who are priced out (and that's most Irish people now).

These ruthless cuckoo funds are not the only way to bankroll public housing developments, but the ideologues at the Department of Finance believe in the primacy of the market the way that children believe in Santa.

In a terse Department of Finance memo drafted to debunk the ESRI report, they wrote: “It is only a decade since we discovered (apparently only officials in the Department of Finance knew) that the world does not owe us a living.” Then they added: “The reality is that there is no magic money tree or silver bullet solution to the housing shortage.”

The language, which is openly contemptuous, reveals the sneering Thatcherite mindset. They call it a housing “shortage,” as if your favorite bakery had suddenly run out of baguettes, not a crisis where international vulture funds continually outbid you and there's nothing you can do about it.

Indeed there are magic money trees in Ireland, but they are an inheritance based on birth and ancestry, not need or the public good. It seems our well-paid, well housed senior civil servants don't want any of that money wasted on social or affordable housing for the plebs.