Could Ireland create an economic model that works for the many, not just the comfortable few? 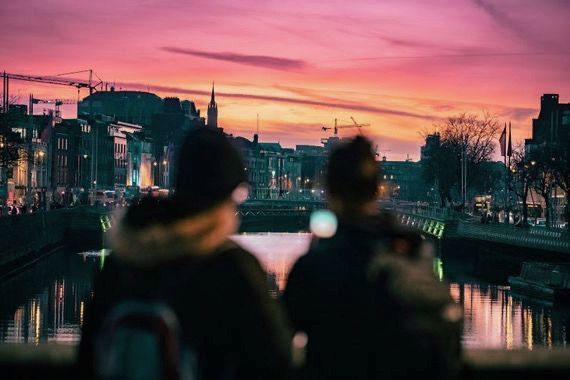 Ireland's housing crisis: Why, Irish renters and potential homeowners are increasingly asking, is the property market the exclusive domain of the affluent few? Getty

Is a generational cull of our true potential – via economic emigration – to protect the economic status quo still the best we can do?

Is it smart to sacrifice yet another generation's modest dream of owning their own home in their own country to overseas private equity firms, like Round Hill Capital LLC?

Sinn Fein has been quick to seize on the odious comparisons.

“These big wealthy funds can swoop in and gobble up those houses that workers and families should expect to be able to afford,” Mary Lou McDonald, the party leader, told the press this week.

“No person trying to buy a home could possibly compete with them.”

In their ideological, let the market rescue the market approach, parties like Fine Gael and Fianna Fail have welcomed the large pools of capital invested by overseas private equity firms to fund efforts to address the housing crunch.

But the rapacious appetite of these private equity firms has increasingly led to wholesale purchases of entire housing developments, shutting out individual family applications in the process and upending the very market it was tasked to fix.

Making homeownership an unattainable dream for most Irish citizens, who are now caught up in a rent trap with no end in sight - the shortsightedness and lack of ambition of the current administration is in full view.

Whither realistic rent controls, site valuation taxes, dereliction taxes, and new social housing schemes? How could Ireland build thousands of new homes in the depression-hit 1930s and find itself unable to do the same now?

It has become clear to most young voters (and many of their parents) that the incrementalism of Fianna Fail and Fine Gael is not going to result in the radical new housing programs that are needed.

Emigration to increasingly politically unstable nations like the USA is no longer the quick fix it once appeared to be. Why, Irish renters and potential homeowners are increasingly asking, is the property market the exclusive domain of the affluent few?

We are in a moment between the outlining of the problem and a new generation's decision to do something radical in response to it. Change is coming and soon.