Are we living in the last days of American democracy?

It's a thought that is being increasingly entertained worldwide, but the capacity to see it is far less common here. 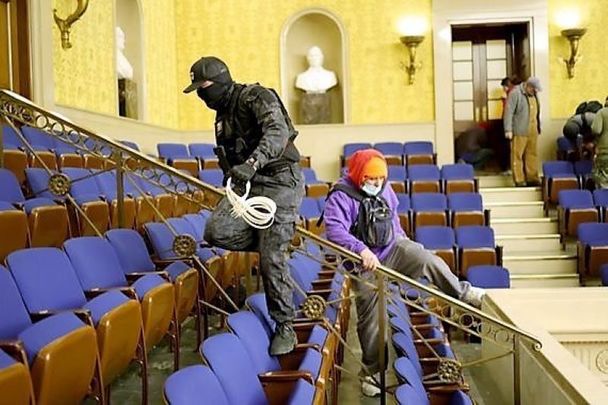 If you thought living through a global pandemic was hard, wait until you experience life under what could easily become the most authoritarian regime the world has ever seen, one that silences even its mildest critics and turns the nation into a paranoid, conspiracy believing fortress led by a ranting tyrant.

Sounds too fantastical? Hardly, we have already had a foretaste and the omens of an impending democratic collapse are everywhere you look in the GOP.

Last week GOP Congressional leader Kevin McCarthy, spinelessly picking party over Constitution or country, announced he would oppose the bipartisan plan he had called for to investigate the January 6 attack on the Capitol, the worst assault on US democracy in living memory. 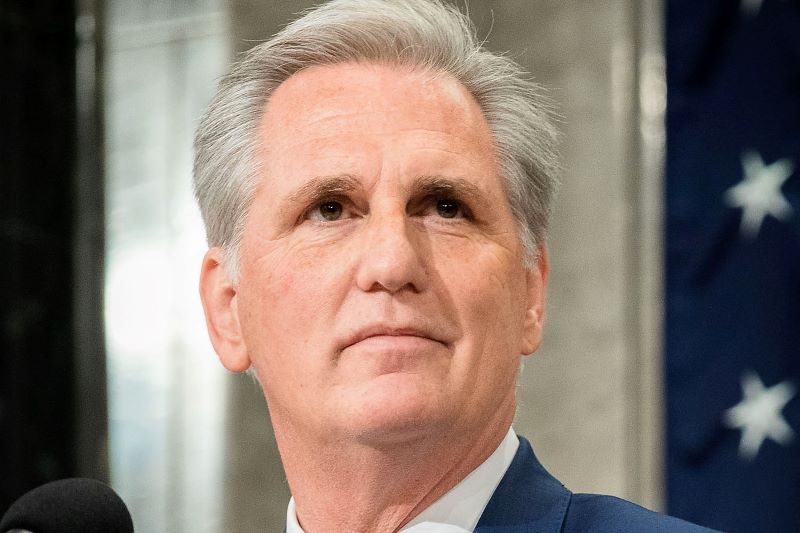 Then, in a flip-flop to end them all, Senate Republican leader Mitch McConnell signaled he intended to block or at least fatally slow the proposed commission from performing its appointed task, assuring the press that Democrats will not win the ten Republican votes needed to pass the measure through the upper chamber.

Being played like marionettes from a golf course at Mar-a-Lago, McCarthy and McConnell have dramatically changed their tune since the aftermath of the violent insurrection in which seven people died (two police officers by suicide after the attack).

Back in January, they had no doubt about who was responsible for (and who needed to be forced to take responsibility) the Capitol breach. “The president bears responsibility for Wednesday’s attack on Congress by mob rioters," said McCarthy. "He should have immediately denounced the mob when he saw what was unfolding.”

Recall too that McCarthy had called to beg Trump to call his supporters off, only for Trump to fume that “Well, Kevin, I guess these people are more upset about the election than you are?"

Armed terrorists invaded the halls of the United States government trying to kill Nancy Pelosi and hang Vice President Mike Pence and only then, after many hours of this lethal carnage, Trump finally told his insurrectionists to knock it off, adding “we love you.”

This came but hours after Trump had told his followers at a rally: “We fight like hell and if you don’t fight like hell, you’re not going to have a country anymore.”

McConnell is similarly affected by early-onset January 6 memory loss, because days later on the Senate floor he said, "The mob was fed lies. They were provoked by the president and other powerful people, and they tried to use fear and violence to stop a specific proceeding of the first branch of the federal government, which they did not like.”

McCarthy and McConnell, Trump's most spineless enablers, voted against impeaching the former president, they voted against certifying the election, and now they have even voted against the commission to investigate the insurrection.

One has to wonder what Trump needs to do at this point to provoke their censure? Personally shoot someone on the Capitol floor? Even then?

We are not far enough away from January 6 yet to discern the wheels of history turning, but turn they did. If you think that we can all sigh with relief now as it fades in the rear mirror you have not fully grasped the dangerous personality cult and democratic death spiral that the GOP has abjectly surrendered to.

Congressional and Senate Republican members cynically know that Biden won the presidency even as they assure their supporters he did not. They are content to undermine the Democratic victory in the hope of undermining its legitimacy, but democracy itself is the captive.

The scale of the mayhem in the Capitol building during the insurrection on January 6 is still only coming to light. (Getty Images)

Almost every senior Republican congressperson or senator has capitulated to Trump’s Big Lie about the election being stolen. Two-thirds of them voted to overturn the election just hours after the mob invaded the capitol, maiming capitol police officers with their baton and spears, erecting sinister hangman's nooses, and willfully attacking all of our democratic traditions. And even after that outrage, only ten house Republicans voted to impeach Trump for inciting the insurrection.

The danger is not passed in other words, it is only intensifying. Ahead of us now is the certification of the next presidential election in 2025. What happens if, as now seems likely, Republicans vote to confirm their own choice for president, irrespective of who actually gained the sufficient winning votes?

Recall that after the 2020 election, Republicans tried invalidating the Electoral College votes of certain states that went for Biden, in the hope of throwing the election to a vote of the House.

This cynical gambit only failed because Nancy Pelosi and the majority of Democrats blocked it. If the Speaker is Kevin McCarthy in 2025, we will not have that protection. McCarthy has consistently voted as instructed by Trump, including voting with the insurrectionists last January.

So if American democracy is to prevail, it is increasingly clear that the GOP deserves a long season in the political wilderness as their electorate begins the very slow process of grasping that they are a minority who can no longer govern like a majority.

The refusal to face that reality has led to a growing refusal to face reality at all. Trump is the latest pied piper who is leading them and the nation to perdition, but not to greatness. We cannot wait for this delusional fever to break, it must be fought.

The pandemic was an act of fate that checked Trump's hubris and underlined his bottomless cruelty and calculation. It also temporarily saved American democracy from creeping authoritarianism. We got lucky, if you can call it that, but at such a huge price. We cannot keep trusting our futures to chance.

The commission into the insurrection must go ahead and the question of whether congressional leaders aided the insurrectionists must be resolved, with or without their participation.