The pope is right, the pandemic teaches us no one is saved alone

No one is saved alone. No one ever makes it on their own. Because the smallest indivisible number is two, not one, despite what they teach you in school. 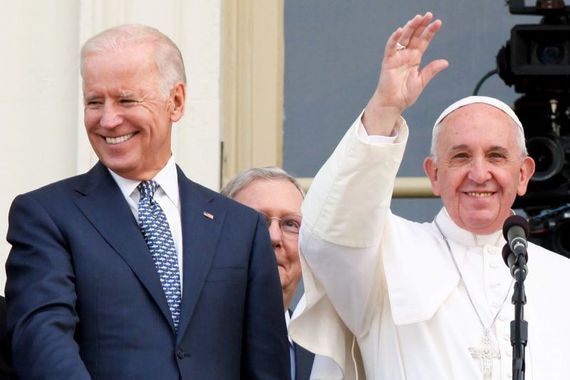 President Joe Biden with Pope Francis prior to the outbreak of the pandemic. Getty Images

“To come out of this crisis better,” wrote Pope Francis mid pandemic last November, “we have to recover the knowledge that as a people we have a shared destination. "The pandemic has reminded us that no one is saved alone.”

No one is saved alone. No one ever makes it on their own. Because the smallest indivisible number is two, not one, despite what they teach you in school.

Last year the pandemic stopped us in our tracks, just like the experience of a sudden unexpected illness had once stopped Pope Francis when he was 21, almost killing him. He survived, he writes because two experienced nurses had the sense to double the doses of penicillin and streptomycin his doctor had prescribed. 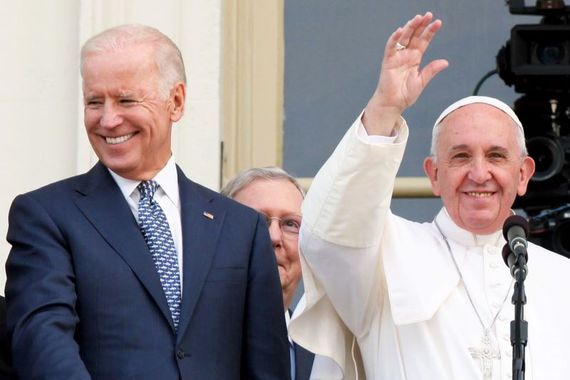 They doubled the doses because they could see he was dying. They saved his life by trusting the lessons of their own experience. He was saved by the many, not the one. They could not have known they were also salvaging his path to the Vatican and the papacy.

“What ties us to one another is what we commonly call solidarity,” Francis wrote in his remarkable article published in The New York Times. “Solidarity is more than acts of generosity, important as they are; it is the call to embrace the reality that we are bound by bonds of reciprocity. On this solid foundation, we can build a better, different, human future.” 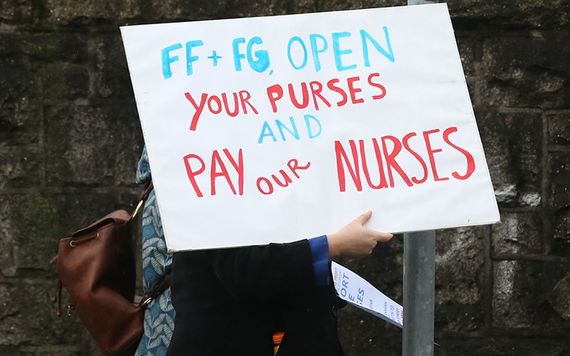 No one is paid enough to work through a global pandemic. There is no salary so tempting that it requires you to put your life on the line for it day after day. Yet still they turned up, getting into their elaborate masking gear and scrubs, and trying to supply overfilled wards with the thing people needed most in those long hours of darkness when no solution was in sight, hope.

Right now the whole rented world, or at least the vaccinated western half, is trying to start up the old grinder of casual, short-term exploitation as though the pandemic were a blip instead of a rubicon. Old reflexes are anxious to reestablish the world just as it was as if that were still a thing that could happen now that we have seen just how precarious and transient the whole business of living actually is.

Politicians and pundits are already thronging to gaslight us into believing that what we lived through was a modulation rather than a metamorphosis. Get back in your box, put your head down, move along, there was nothing to see here, they insist.

But who can say, hand on heart, that America was marching toward a shared destination before the pandemic arrived? On the contrary, wasn't the nation being pulled apart by a Trumpian politics of deepening economic and social division and personal insult?

In America, we now have one party under President Biden that wants to enact a program of ambitious and in some cases unprecedented national reforms. The other party, still under the spell of their exiled Florida-based leader, is increasingly the party of angry internet trolls, a sort of animate Yahoo comments section whose main goal now, it seems, is to inspire and drink liberal tears, to exult over the fellow American citizens they hate, because it can feel like a sort of victory.

So the stakes have never been starker or higher for the nation, in other words, and it is not at all clear to me which of our angels will prevail. Will we embrace the easy politics of hostility and division, or will our experience finally teach us the hard wisdom of E Pluribus Unum (out of the many, one)?

Is our destination shared now? Was it before the pandemic? Do we have an opportunity to change our course now? Do we have the courage to do it? Are we all in this together? Shouldn't we be? 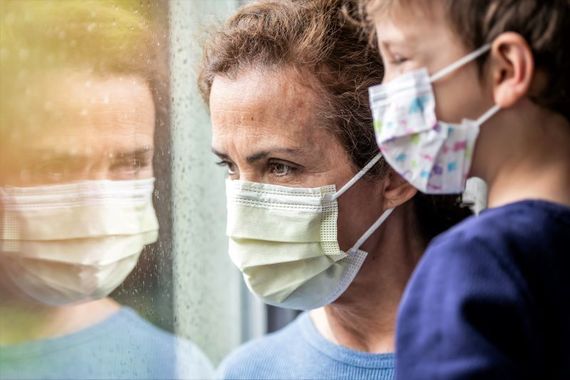 The pandemic scrambled everyone's social and economic roles in ways that have at times were helpful, affording us a rare opportunity to assess as well as acquire. No one is saved alone was the unmistakable lesson of the entire, ghastly experience.

And some of us, like Pope Francis, are a little further ahead on the profound implications of this realization. His own proximity to death once taught him that the business of living is so much more urgent than he had ever imagined – and that it was everywhere and always shared. It will be interesting to see how this nation grapples with what it has just learned from the same lesson.