Vice President was behind the worst public health crisis in Indiana's history. 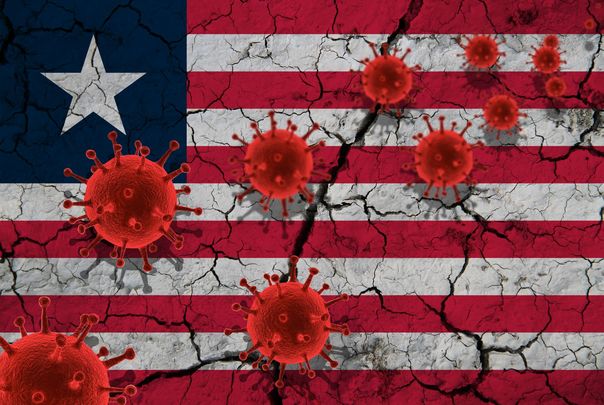 As coronavirus hits the United States, is Mike Pence the right man for the job? Getty

Vice President Mike Pence was behind the worst public health crisis in Indiana's history, now President Donald Trump has appointed him head of the coronavirus pandemic response in the United States.

The first thing to know about the Trump administration's disastrous response to coronavirus is that they have fired the government’s entire pandemic response team, including the White House management infrastructure.

Because of all of those unprecedented firings in 2018, the United States has no clear chain of command for our pandemic response now.

On Wednesday Trump casually announced he has placed Vice President Mike Pence in charge of the US response to the Coronavirus.

Mike Pence is not a health care expert. Nor did he even seem to accept the hasty promotion. Pence subsequently claimed that Dr. Deborah L. Birx, the director of the United States effort to combat H.I.V. and AIDS, will serve as the coronavirus response coordinator.

Confused yet? You're not alone.

Pence is a well-known critic of most forms of science and does not even believe in evolution, so some critics are asking if he would actually welcome the "end of days" pandemic as a sign of Christ's second coming?

He has certainly inspired scathing criticism for his handling of a major public health crisis in his home state, during his time as governor of Indiana.

Strongly opposing a needle exchange program for drug users on moral and religious grounds in 2015, he was soon presiding over the worst HIV outbreak in the state’s history.

As the cases of HIV exploded, Pence reportedly turned to prayer.

When Mike Pence was governor of Indiana, an HIV outbreak hit one of the state's poorest counties.

A study by the Yale School of Public Health found that had Indiana acted earlier the number of people affected could have been reduced by more than 90%.https://t.co/TYc1GYCm8K

Meanwhile, the glaring contrast between Trump's shambolic press conference on Wednesday and the systematic public health response in China is rather remarkable.

According to the director-general of the World Health Organization (WHO) Tedros Adhanom Ghebreyesus, “China is actually setting a new global standard for outbreak response.”

Chinese efforts have included placing 100 million citizens on lockdown, canceling a national holiday, building giant quarantine hospitals to house thousands in a matter of days, and accelerating the production of much needed medical equipment in a hastily assembled 24-hour production line.

But incompetence and lack of preparedness has been the watchword stateside.

This was the moment I knew, Trump would not rise to this occasion.

Trump trying to convince a well-known physician this is just another flu.#coronavirus
pic.twitter.com/Kj1AY1KQ33

A whistleblower at the Department of Health and Human Services on Thursday revealed that more than a dozen workers who assisted with the first Americans evacuated from Wuhan, China, lacked the proper training and protective gear for coronavirus infection control.

Worse, evacuees with the coronavirus were flown back to the states on the same planes as those without it, against the Center for Disease Control's (CDC) express wishes.

How many people are predicted to become infected with the virus, Kennedy asked.

“We’re working with HHS to determine that,” Wolf replied, repeatedly deferring to the Department of Health and Human Services.

DHS Secretary Chad Wolf claims the mortality rate for coronavirus is similar to the flu, both at about 2%. Senator Kennedy says "are you sure of that?" and the secretary doubles down.

The mortality rate for seasonal flu is closer to 0.1%: pic.twitter.com/Fo6nfQrbni

Kennedy then asked how many testing kits the department had prepared to meet the crisis. Wolf did not know. “You're the secretary,” Kennedy fired back. “I think you ought to know that answer.”

Like so many of Trump’s cabinet Wolf, a U.S. history graduate,  is simply serving in an 'acting' capacity, picked critics say for his loyalty rather than expertise.

Meanwhile, Trump's attempts to calm the nation as it faces a global pandemic have not worked. The Dow closed down almost 1200 points on Thursday, the worst one-day point-drop in history, meaning trillions of dollars are gone.

Insisting that his administration has coronavirus under control, health authorities flatly contradicted Trump this week and said a pandemic in the U.S. is now inevitable.

Tom Frieden, former Director of the US Centers for Disease Control and Prevention and a trusted voice on public health, told the press this week that we are already long past the prevention point.

On Thursday evening it was announced that Pence is scheduled to take to the air tomorrow, but not to respond to the public health crisis, instead, he will attend a $25,000-per-plate GOP fundraiser in Florida.

Putting on his tuxedo tomorrow night he will have time to reflect that a global epidemic has finally reached our shores. Soon we will know the true cost of the Trump administration’s gross negligence and increasingly obvious panic.

ICYMI I had an opportunity yesterday afternoon to describe why the USA isn't ready for #COVID19 on @MSNBC -- "you will see a dissolution of our union."https://t.co/tE9q2HgbsL