It's interesting that now even the most senior and conservative voices in Irish government now think a united Ireland is an aspiration whose time has come. 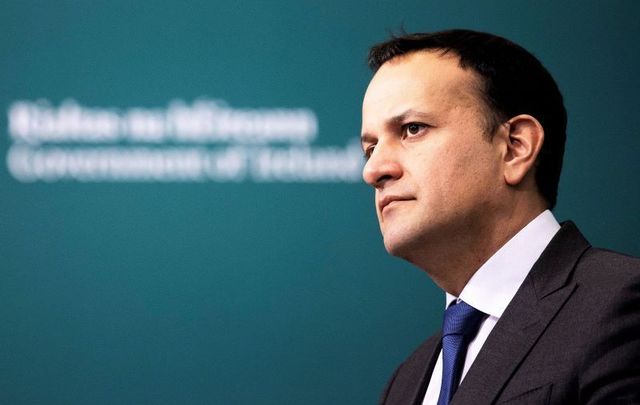 We should be proud to say Irish unification is something we aspire to.

When you're a minority of any stripe, here is the first thing that you are told: to wait.

You are told that it's “not the right time” for your equality, or for social justice, or racial justice, or for basic human rights, or for the same employment opportunities that are handed out without thought to others.

You are told your demands are too controversial, too destabilizing, so they need to be carefully considered, so maybe come back next year, or the year after that, and we'll see how things look?

You are treated as if your every request threatens to destroy all public order and that even being seen talking to you could be considered a move too far.

Being gay, and mixed-race, the current Tanaiste (Deputy Prime Minister) Leo Varadkar knows what it feels like to have his rights put to a public ballot. But being the leading politician in Fine Gael also means that he belongs to the ultimate insider track of Irish life. So he's an intriguing mix of rank outsider and ultimate insider, like a sort of double negative.

But can you think of any other senior Irish government figure that regularly has his or her nationality questioned, as Varadkar often has? As late as this week, two right-wing former journalists were claiming he'd be better off working in an Indian restaurant rather than governing Ireland.

As well as being racist and homophobic, these attacks remind us that minorities of any stripe have conditional welcomes, even when they become most senior politicians in the country. The welcome mat can be rolled up as quickly as it was unrolled, they are told.

Perhaps that's why it was Varadkar and not the current hand wringing Taoiseach (Prime Minister) Micheál Martin, who took the lead this week on the national question. A united Ireland could happen in his lifetime and no group should be able to veto it, Varadkar said in his opening address at the virtual Fine Gael Ard Fheis last week.

No sooner had he said this than the usual suspects, including some in his own party, appeared on schedule to suggest “it wasn't the right time” to have or even contemplate this subject? Predictably, first to the post was the Northern Ireland Secretary Brandon Lewis, who said that he was “surprised” by Varadkar's remarks and urged politicians “to dial down the rhetoric, particularly at this time of year.” 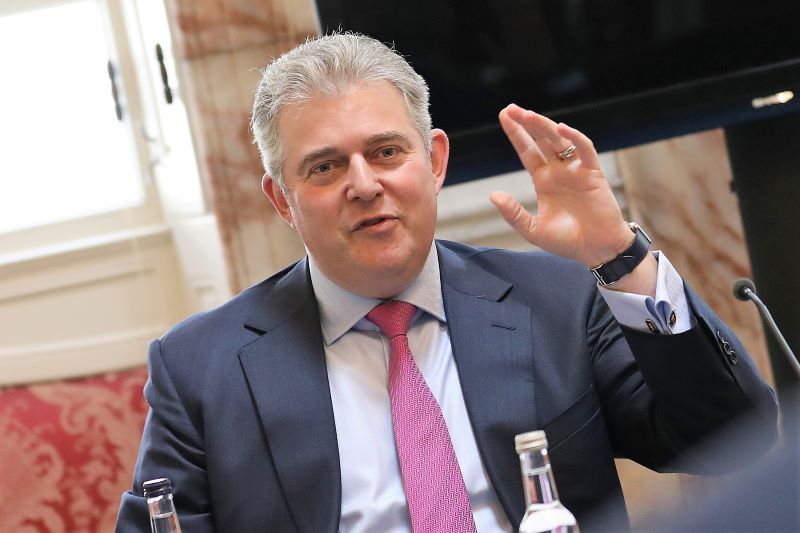 But why would a Northern Secretary ever be “surprised” by the prospect of Irish unification, with four of the six counties now having Irish Catholic majorities who vote for Irish nationalist parties? Certainly, Varadkar can read the tea leaves and like any senior politician, he wants to consolidate impending changes that favor his own party. 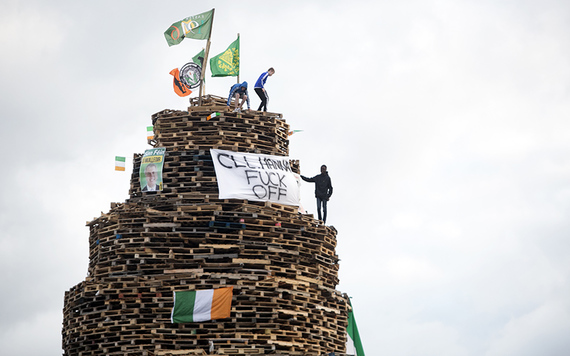 Then he said something that unionist leaders, who are busy falling back on failed policies of the 1970s, should seriously heed: “there is no majority anymore in Northern Ireland either for unionism or nationalism,” he said.

I am not a fan of Varadkar's two-tier Irish society, which favors insiders over outsiders I would argue, but I remember the plight of the nationalists in the north – besieged within the siege, as Seamus Heaney memorably put it – and this statement represents a volt-face, it says they will be regarded rather than ignored now.

It may be something to do with Varadkar's own experience of being told to wait, or more likely it may be his eye for an increased mandate, but this signals a major shift in political thinking on the island. Hoping to outflank Sinn Féin in the north and south, it's clear the latter party's ascendancy is a worry and that it's changing the political gravity in Dublin.

“We should be proud to say unification is something we aspire to,” Varadkar said. “It should be part of our mission as a party to work towards it.”

This statement would have been music to the ears of the abandoned northern nationalists in the 1970s and 1980s, but instead, they were told back then that it was “not the time.”

They were told things were “too unsettled” and their demands were just “too controversial.” So it's interesting that now even the most senior and conservative voices in Irish government now think it's an aspiration whose time has come.