How Irish theaters, museums and cultural centers thrive amid the pandemic 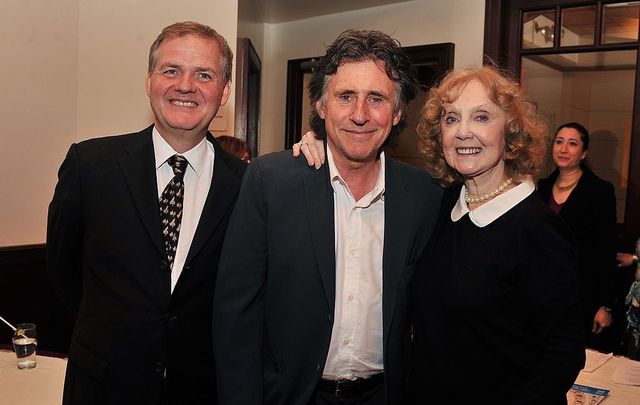 "There is no strength without unity" - Irish culture can help close the gap between people currently living in isolation.

When the pandemic arrived in earnest in March Irish cultural institutions here had to move fast to get ahead of the tidal wave. Venues and theaters may be closed down for the time being but there is no such thing as an Irish cultural lockdown.

Take the Irish Repertory Theatre, for example. This week they are broadcasting a revival of their acclaimed production of Brian Friel's play Molly Sweeney, a production that explores the difference between how things look and how they are, an idea that has added meaning in these hard times.

It's a tribute to the Rep and the seriousness with which they promote Irish culture that they continue their mission, broadcasting Friel's play over four days, in the midst of a pandemic.

As a man of the theatre, the Rep's producing director Ciaran O'Reilly knows that theaters used to close during the plague years in William Shakespeare's time in the 1590s, but did he ever imagine he'd be helming a theater that closed during a plague in 2020?

Ciaran O'Reilly in Juno and the Paycock

“It used to seem like far off days, didn't it? I thought plagues belonged to a completely different, almost a mythical time, you know? But I didn't see this one coming.” The question for every Irish cultural organization now is how does this situation evolve? Since we are all finding our way toward this new world, how is Rep making its way now?

“Well, I mean we're finding the way to bridge the time between now and when we can return to the communal experience that theater is. We also realized that we have to find ways to try to bring theatre to people who are isolated and will probably remain so in the foreseeable future.”

Nothing can replace the community experience that people have enjoyed for the last 2000 years, O'Reilly continues. “Online performances are not going to replace that. In the theatre you're watching something that has a set time to it, that everybody is watching at that same time, the hear the laughter and the groans, from the people around you and it's very tricky to reproduce that and make it seem worthwhile.” 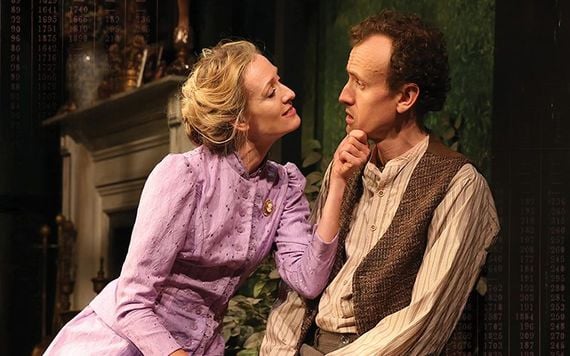 Putting a live production online as it happens is too unpredictable, O'Reilly says. Dialogue is nearly impossible to stage and what happens to a monologue if you lose the connection to one of the actors at a critical moment?

The one thing that we can always rely on is the strength and tenacity of Irish culture itself, O'Reilly says, which teaches us how to survive the unsurvivable.

“We are a ferocious lot. We survived a devastating famine, we made our way across the ocean and we became the leaders of that new country. When I think of what we went through, the political uproar in even the more recent times and how we still found a way to turn that around, well now that we're facing the greatest pandemic to hit this earth in living memory, well our culture will remind us how to persevere.”

You're broadcasting the Rep's production of Friel's Molly Sweeney, why did you pick that for the Rep's fist major online production whilst the theatre itself remains closed? “It's a play about isolation, it's also about the trauma of being unable to live the life that you lived before. It seemed timely.”

Molly Sweeney will be broadcast online this week on May 13 at 3:00P.M. on May 14 at 7:00P.M. and May 15 at 8:00P.M. The event web link will be emailed two hours before the performance begins. For full details visit irishrep.org.

Other Irish cultural organizations like the Irish Arts Center are also finding new ways to reach audiences during this ever-extending lockdown. They have already moved all their usual spring term of classes online and they have also announced two new digital initiatives.

The first one is called At Home With Irish Arts Center, featuring newly commissioned work by the local and international Irish artistic community, and the second initiative is called Live From Irish Arts Center, a curated selection of performances from their theatre, captured through the years and introduced by the selected artists.

In Ireland itself the groundbreaking Epic, The Irish Immigration Museum is possibly the world's most prepared cultural space to make the transition from physical venue to virtual reality museum.

During the COVID-19 emergency, the museum will remain closed but you can still take a virtual reality tour of 2000 years of Irish history by visiting their website at epicchq.com.

Meanwhile, IrishCentral in association with The Ireland Funds has launched a Covid-19 Relief Fund to benefit nonprofit charitable organizations in Ireland and Northern Ireland. Although not an arts initiative in the strict sense it is most certainly a cultural one because the monies raised will go directly to projects that are already at work delivering food, enabling remote education for disadvantaged children, and helping homeless families as well as caring for our seniors.

In Ireland, we know that we are not just an economy we are also a society, and that societies either work together or fall apart. That's the kind of message that Irish culture can bring to the United States now, which is currently engaged in a cold civil war as it chaotically responds to the pandemic.

Speaking of relief funds, organizations like the Rep and the Irish Arts Center strongly rely on fundraising, a thing that becomes impossible when large gatherings are avoided. Access to those annual revenue streams, and the sudden lack thereof, has a significant impact.

The American Irish Historical Society (AIHS) recently announced the launch of a Go Fund Me site to assist with fundraising to support their day-to-day operations, which have been impacted during the crisis.

“Just like so many other cultural institutions in New York and throughout the country, the American Irish Historical Society has seen its revenues impacted by the Covid-19 crisis,” Maureen Bateman, President of the AIHS said in a statement.

“We have heard from many friends and supporters of Irish culture who want to help keep the AIHS a vibrant organization. The Go Fund Me site is an easy method for anyone to support the work of the society.” To make a donation visit aihs.org for the link to the funding drive.

It won't be easy and the path is ahead is not clear, but our culture has prevailed against centuries of efforts to curtail and even destroy it, and now organizations like the Irish Rep, the Irish Arts Center and the AIHS are part of the reason it will endure.

They deserve our support so make an effort to catch their shows soon because as they so wisely say in Ireland Ní neart go cur le chéile (There is no strength without unity). It's time to help the people who preserve our culture to preserve the venues that aid them in their work.