Is 'Eternals' biggest barrier breaker an Irish superhero from Summerhill?

Ireland gets a new superhero as Dublin native Barry Keoghan features as Druig in the new Marvel film Eternals. 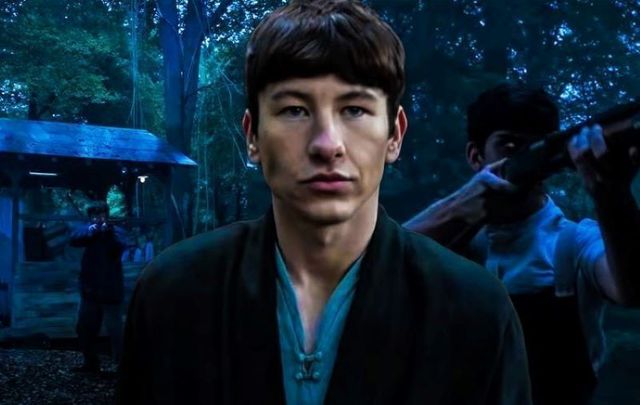 This Friday, the Marvel Comic Universe brings us something new, a superheroes film that combines real-life and wonder with interracial love stories, color-blind casting, and the first out gay superhero.

But is Eternals biggest barrier breaker casting a caped crusader from Summerhill on Dublin's northside?

Young Irish people love the Spiderman and Batman movies and comics just like everyone else, but until now they've never seen another young Irish person on the big screen playing a superhero.

Yes, there was Michael Fassbender as Magneto in the X-Men movies, but it's hard to claim that his character was heroic, although he certainly had his moments.

So step forward Barry Keoghan, 29, from Summerhill in Dublin, one of the grittier neighborhoods on the northside.

“I needed to neutralize my (Dublin) accent for clarity,” Keoghan told the press, “but I think the purpose of using my own accent was to make it real. Having an accent in your head can hold you back from the performance. Keeping your own accent makes everything comfy. It's good to hear an Irish accent up there, right?”

Flying down from the planet Olympia in Marvel's new film Eternals (opening Friday, November 5) Keoghan plays Druig, a character who can manipulate other people's minds and bend them to his own will.

The first thing you need to know is that Druig has what I would wager is the best superhero costume that Hollywood and Marvel have ever produced. Looking like a cross between a ninja and Renaissance priest, his look spells out badass and tells you all about who is he before he even speaks. That all-in-black outfit lends itself well to flying too, which he does a lot of in the film. 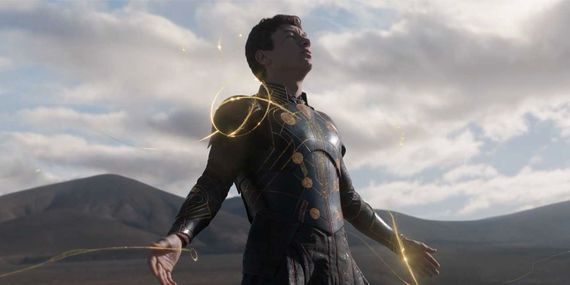 If Druig's name sounds a lot like Druid that's probably intentional, because he possesses a magical power that surpasses almost every other eternal in the group, and it's a pretty extensive group.

There is Game of Thrones Richard Madden as Ikaris, Gemma Chan (recently seen opposite Saoirse Ronan in Mary Queen of Scots) as Sersi, Salma Hayek as Ajak, and Angelia Jolie as Thena.

It's an all-star cast and the first thing that hits you about Eternals, after the sublime cinematography from director Chole Zhao, is the sheer scale of the adventure, which begins at the dawn of humankind and then progresses through all the ages.

The Eternals are what their name suggests, immortal beings who observe but rarely interfere in the doings of humanity unless they are being attacked by the equally ancient beings known as the deviants.

It turns out that even the Eternals have a creator, this being a group that they call the celestials, an unbelievably ancient group of demigods who keep the universe running from behind the scenes, sending the Eternals out to do the heavy work of keeping creation in line.

If this seems like a bunch of hooey, well this is a film inspired by comic books that were in turn inspired by the great works of ancient Greek and Middle Eastern mythology. So of course it's nonsense, but that doesn't mean it still doesn't have a lot to say about how we live and what we learn from it.

What surprised me about Eternals is that in tone and content, it's a real departure from the previous chapters in the big Marvel franchises. Yes, there is action and big battles involving flying superheroes with supernatural powers, but Eternals is darker in its themes and more thoughtful in its execution than anything that has preceded it.

As a matter of fact, Eternals can be downright melancholic. It's certainly not afraid to ask hard questions. The biggest question of all is are human beings actually worth saving? Having spent 7,000 years living among us and exploring our capacity for good and evil, each member of the Eternals group comes to their own conclusions about our candidacy for continuation as a species. Some see our potential and some are less than enthusiastic. 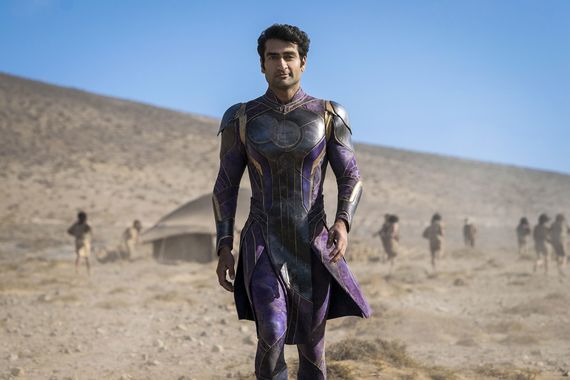 We soon learn that Keoghan's character Druig has long ago lost faith in humanity's direction. To his frustration, the Eternals team won't let him use his unique powers to direct their progress, so he withdraws to the jungles of South America, to sulk over his wasted potential and pursue his own interests for hundreds of years.

It's a well-cast role for Keoghan, who has just wrapped shooting for his performance in Martin McDonagh's latest film The Banshees of Inisherin, adapted from his early cycle of plays in the 1990s. Making use of his north Dublin accent, which he uses throughout the film to great effect, there is a world-weary sadness and cynicism to Keoghan's character that gives him a believable quality that helps sell all the superhero flash.

Keoghan has a backstory that has a superhero quality to it himself. Reeling after the premature death of his mother to heroin when he was just 12 years old, his life could have taken a very different course. Raised in 13 different foster homes, he was eventually taken in by his grandmother and aunt, receiving the kind of stability that allowed him to pursue his interest in acting.

Once he got started his star ascended fairly quickly. Appearing in the Irish soap opera Fair City, he then got cast in the Dublin-based gangster show Love/Hate. From there he branched out to films, winning the Irish Film and Television Best Supporting Actor award for his role opposite Colin Farrell in the remarkably powerful The Killing Of The Sacred Deer. 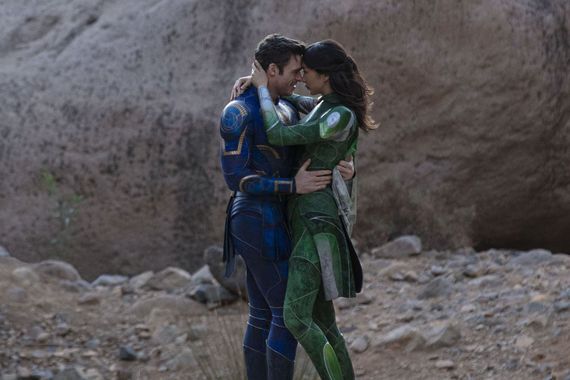 Playing a superhero is a departure for the 29-year-old Irish actor, and it often surprised even him. “I was the last one to get into costume,” he told the press about his first day on set. “When I arrived and put it on for the first time, it was kind of nice to walk out and see the rest of the cast's reaction. They were like, Whoa! It's a weird feeling to see yourself like that. As soon as you put the boots on your posture transforms. You definitely notice how your whole demeanor and everything just changes.”

This is what RuPaul calls the power of drag. Nothing changes your idea of yourself like the first time you put on a superhero cape and are hoisted into the air by invisible ropes and pulleys.

Although his character Druig is a loner, in real life, Keoghan is everyone's pal onset and the thing he most looks forward to is young Irish people seeing a bit of themselves on the big screen. “This (film) was supposed to come out last November,” he told the press. “I couldn't wait for Ireland to see this Irish superhero and then they had to push the Marvel movie slate back - for the right reasons. But yeah, we'll finally get to see it, so happy days.” 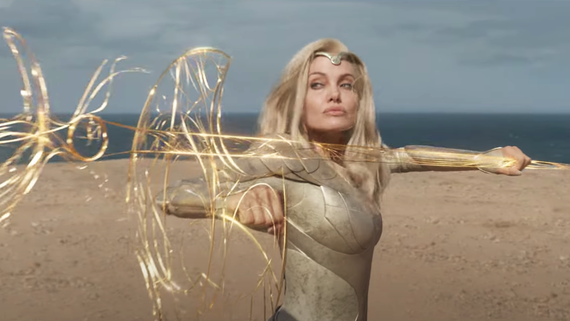 Keoghan has made an enduring fan of Salma Hayak, who was blown away by his talent. “Barry can get very nervous at the beginning, right before shooting,” she told the press. “I would run lines with him, and he's like, Oh no, I'm not going to be able to do this! I thought to myself, This is not going to be good; we're on our way to set! And then all of a sudden, boom. It was like possession, and he'd get it in one take, pure brilliance. There's something savage about him. He's incredible.”

You only have to wait until Friday to catch him in a film that has divided some critics along predictable lines: women are foregrounded, non-white actors have landed many of the plum roles, there is a gay couple, one of which is the smartest person in the film.

That all spells Kryptonite for a certain kind of male reviewer, but Keoghan knows there are Irish kids who will soon see and hear themselves take flight for the first time and he can't wait.