The young Dunkirk star and Maleficent Girl, Interrupted star Jolie are having a serious love-in on the set of Eternals. 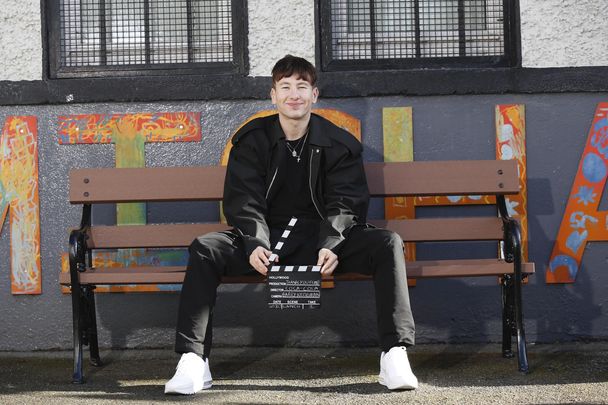 Keoghan has said Jolie is a "mother-like figure" and Jolie says he's "wonderful". This seems like the start of a beautiful friendship!

Irish actor Barry Keoghan really clicked with his co-star Angelina Jolie on the set of the Marvel Comics film The Eternals, which wrapped production in February.

Dubliner Barry, who earned great notices in films like Dunkirk and The Killing of a Sacred Deer, called Angelina a “mother-like figure” during an interview, and the mom of six was happy with the compliment.

"I'll take it! I'm honored! He's wonderful. He's really wonderful,” Jolie said during a virtual event to promote her latest film The One and Only Ivan.

"When you meet somebody and you say, 'Well, there's a lot of people that can do good work,’ but when strong, unique personalities come forward and they have their own something that you haven't seen before, it's really exciting, it's fun to see. So I think highly of him."

We’ll have to wait until February 12 of next year to see Barry and Angelina in action together, as The Eternals was bumped from its original November premiere because of the damned COVID.

But it appears the 27-year-old in-demand actor won’t have to wait long for his next big role, as he’s just been cast in the aforementioned The Batman alongside his pal Colin Farrell.  Barry’s down to play a character named Stanley Merkel, a member of the Gotham City Police Department.