Barry Keoghan has been revealed in the cast to "The Eternals." 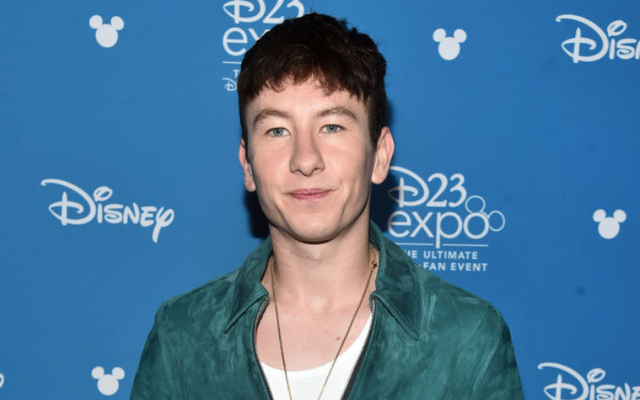 Barry Keoghan of 'The Eternals' took part today in the Walt Disney Studios presentation at Disney’s D23 EXPO 2019 in Anaheim, Calif. 'The Eternals' will be released in U.S. theaters on November 6, 2020. Alberto E. Rodriguez/Getty Images for Disney

Barry Keoghan has been revealed in the cast to "The Eternals."

Dreams are coming true at a rapid pace for Irish actor Barry Keoghan.

Dubliner Barry just inked a contract to co-star in the upcoming Marvel Studios’ "The Eternals," and he was in Los Angeles last week with his co-stars Angelina Jolie, Salma Hayek, Kit Harrington and many others to promote the film at the D23 Expo.  Barry, 26, will play the superhero Druig, described as an “aloof loner.”

Irish TV presenter Lucy Kennedy, a friend of Barry’s, said he might be able to play Druig as Irish.

“He’s such a nice guy. And I think he might be keeping his Irish accent for the movie, which I quite like the idea of,” she revealed.

Back in 2013, an unknown Barry tweeted his desire to be cast as a superhero.  He sent a tweet to Marvel maestro Stan Lee saying “Please Make me a Superhero :),” and although Lee passed last year, Barry got his wish.

While in LA he got to meet a few new friends, including Dwayne Johnson, also known as The Rock from his WWE days.  He also shared that he bumped into an “all-time hero,” rapper 50 Cent, “in a sauna of all places.”

The Rock tweeted back at Barry which must have really made his day.  “Great meeting you BK. Congrats, kick ass, and have fun on #TheEternals,” Rocky wrote.

No doubt Barry will do just that.