England found Brexit but lost itself

What do you do when you have the muscle memory of an Empire, but no Empire? Brexit Britain is teaching us - and themselves - now. 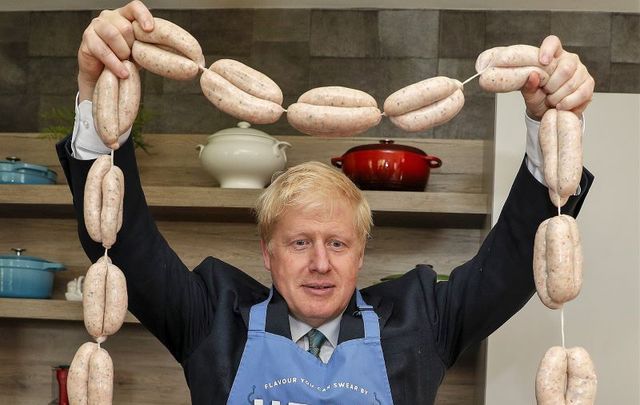 July 4, 2019: Boris Johnson holds up a string of sausages around his neck during a visit to Heck Foods Ltd. headquarters, as part of his Conservative Party leadership campaign tour near Bedale, United Kingdom. Getty Images

At the head of this strange, backward-looking journey that they're on now is their shambolic Prime Minister Boris Johnson, a figure of fun on the world's stage but a strangely reassuring sight to many at home in England.

One part Churchill, one part Billy Bunter, he's a self-conscious, cynical parody of some of their greatest hits and a reminder why their calcified class politics are only helping to prolong the nation's pain.

But how did a man who initially deeply opposed Brexit come to be its chief enactor? Because Johnson understood that Brexit united the home county upper crusts and the anti-woke working classes, both eager to give a black eye to the so-called London cosmopolitan elites behind the political and cultural changes – real and imagined – that they felt were altering and diminishing their sceptered isle.

Johnson was very unselfishly prepared to put his own political misgivings aside in exchange for the premiership and power. But in breaking out of the European Union, it seems the Brexit vote is also now really breaking up their internal union with Scotland, Wales, and (part of) Ireland.

It is fair to say that Brexit is predominantly an English nationalist revolt, after all. Recall that although Wales narrowly voted for it, Scotland and Northern Ireland were both firmly opposed.

Recall that for centuries, the UK held together through a combination of religion, Empire, industrial revolution, and war. The threats from without made the center hold as long as it did, but the ever-expanding threats from within are another story.

All those binding forces are now essentially gone, with over half of all English people now saying they have no religion at all, whilst their industrial output is diminished to the point that 81 percent of it is now based on services, not goods, and the Empire is gone with the wind.

It's a matter for historians (and possibly poets) that Ireland, their first and oldest colony, was also the first to successfully pull the long thread that would ultimately unravel their whole imperial enterprise with a revolution that they quashed but could not stop.

The English have finally noticed that the global deference they once enjoyed finally ended in the last century. For a decade and a half, they were stumped over how to respond, but then in 2016 they finally did something radical.

That unsettling loss of global deference may be why for the first time in many decades, attitudes to the union and to other nations have observably hardened in England. Anti-immigrant sentiment recently reached an all-time high there - with the English public saying immigration was the most important issue facing the country - between 2001 and 2016 when they finally went to the polls.

But who knew that English identity felt so swamped by the presence of other nationals? Hadn't they introduced themselves to an unsuspecting quarter of the globe for centuries? Was the thought that all those other nationals could now return to England and make a home there too much to bear? 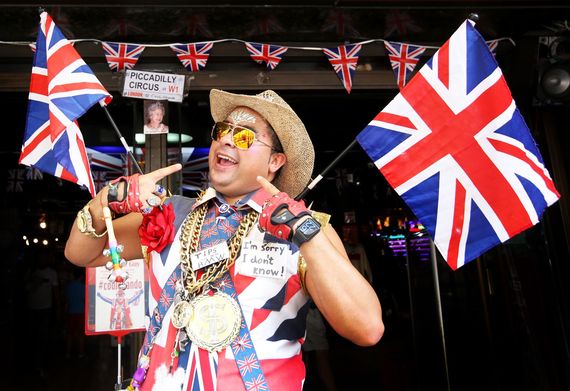 The one myth that England can no longer sustain is that their Empire was a benign, civilizing force throughout the globe. Instead, as the British Museum keeps rediscovering, it is viewed by most around the world as a violent international heist at the point of a bayonet.

So perhaps Brexit is a rough, very rough, working out of what the English think of themselves and their long murderous history but they show no real appetite for confronting the truth.

Instead of scheduling debates, they have raised red white and blue bunting, papering over the cracks that have suddenly appeared in their own union and hoping that if they're not mentioned they'll somehow be mended.

It's an irony of history that once again Ireland, their first colony, is now the sticking point in their long, long retreat from Empire to a self-isolating little island. It's also a scalding reminder that really, when it comes down to it, they should probably just have stayed home.