"They have stopped believing that politics can address their fears. They are increasingly considering drastic measures instead. The danger is real and it's growing." 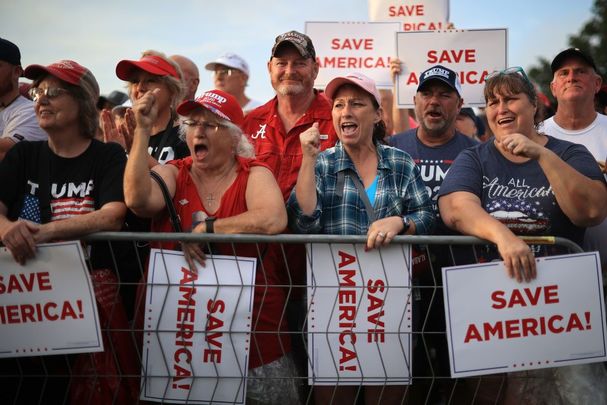 We need to have a serious talk about the people in our neighborhoods who seem to be bracing for conflict, a constitutional crisis or a civil war.

Last summer a neighbor stopped me on the street. He was in his late 50s, white, worked out, prosperous and I had thought fairly well adjusted. Not the kind of neighbor that gave us a lot of trouble, although his shouting matches with his wife were legendary.

He looked like he hadn't slept in a week. He wanted to tell me something. Five seconds later I realized it wasn't going to be a back and forth conversation, he wanted to vent.

“Did you see it?” he asked me. “That big Black Lives Matter march? On our street outside our building? There must have been two thousand people at it.”

I nodded I had seen it, it would have been impossible not to. It was the biggest - and in fact, the only - demonstration that had taken place on our street in 20 years and it was so noisy and colorful, of course I had seen it.

“I'm moving,” he confessed. “That was the last straw. This city is going to the dogs and pretty soon you won't be able to go out at night.” “Wait, what?” I said. “It's Bill de Balasio's fault,” he continued. “He's not supporting the police against all these protestors. He's letting the chaos gain a foothold and pretty soon it'll be like Road Warrior here all the time.”

The reference to the old Mel Gibson movies made me laugh. I had always thought that this guy, who loved alternative rock and roll, was fairly liberal. Something had really changed for him or I had always been wrong about that. “Aren't you being a bit dramatic?” I asked, and this question really set him off.

“If you can't see where all this is headed that's on you, man,” he told me. “There's going to be armed conflict. The sides are drawn. It's not a question of if, just when,” he sputtered. I noticed that his eyes, which due to the amount of pot he smoked were usually always hazy, now looked to be out on stalks. It was a weird mix of fear and aggression.

“Where are you getting these ideas from,” I asked him matter of factly. “Is there a big news source where some New Yorkers are anticipating a race war?” He took offense at being called out so bluntly like this.

“It's not on CNN, obviously,” he scoffed. “The woke brigade don't want to talk about the real situation. You saw that parade right under your nose and you think you won't have problems soon?”

“I don't think it's going to be Beyond Thunderdome in New York City soon, no,” I replied. “I don't think black people campaigning for better treatment from the police is going to wreck the republic, no,” I continued.

“I think white people overreacting leads to needless black shooting deaths and it's also the cause of most of these BLM protests, yeah. That protest we saw was noisy but it was completely peaceful.”

He looked at me like I had lost my mind. He told me that he was moving to South Dakota with his wife in September and I had to strongly resist the urge to ask him if it was to a white nationalist compound. “Do you feel that threatened?” I asked him. It was a stupid question, of course he did, he was leaving the state he had grown up in. He wasn't joking about any of this.

When September came around he actually did what he said he would do. The apartment remained empty for two weeks and then a young couple arrived and took it over. The man who had lived there since the mid-1990s high tailed out of New York with his Russian wife like two pioneers fleeing a scalping party. 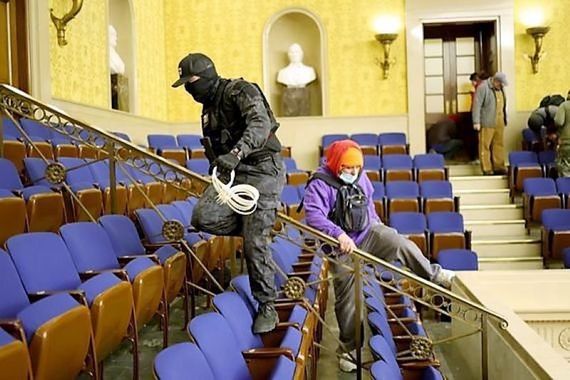 Like everyone else I had enough to contend with in my own life not to give his departure too much thought but it came back to me later. Has he armed himself, I wondered? Did he step into some reactionary gun palace in the midwest and build an impressive arsenal for the coming apocalypse?

Is he talking to other white people online who share his suspicion and paranoia and aggression? Has their peace of mind been destroyed by talk radio and Facebook? Are those people our neighbors?

I think we need to have a serious talk about the people in our neighborhoods who seem to be bracing for war. We need to talk about the news stations and websites and the former president that work so hard to keep them in a state of hyper-vigilance and paranoia, certain that everything they stand for and believe in is under relentless attack.

Because these neighbors are deeply frightened and they are not playing around as the January 6 Insurrection showed. They have stopped believing that politics can address their fears. They are increasingly considering drastic measures instead. The danger is real and it's growing.