Climate change making Summer 2021 a bust in the US 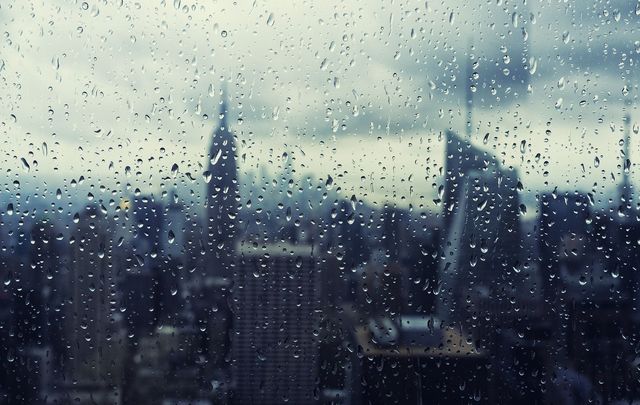 It can't have escaped your notice that we're having a pretty dismal summer in the US.

Perhaps you got caught in one of the recent biblical downpours that turned the city streets into flooding rivers, or the subways into spraying geysers?

Or maybe you recently repaired to your familiar vacation spot to find mostly overcast skies, rain every day, or temperatures that were so hot or humid that even a trip to the beach offered no real relief?

For the last decade, August has been the month that Californians and citizens all the way to Montana braced themselves for four weeks of nonstop wildfires.

Now though, their choking smoke season begins a month earlier in July, bringing misery to homeowners, danger to people with respiratory illnesses, and death to the wildlife that make their homes in the regions, as the west is annually torched.

Until you have experienced it, you can't completely understand the misery of the endless smoke inhalation. How it overpowers you, it makes you irritable and unmoored, attacking your sinuses which in turn attack your wider system.

You can't open your windows in high summer, an unspeakable theft. The indoor air is just recycled over and over. You can begin to fear going outside, fear the unseen dangers that may lurk there, and the sheer toll of it all, week after week.

We reflexively think of summer as a reward for all the cold months. It's a precious season that allows the body to finally relax, heal, and sometimes even to languish. But what happens when even that promise is taken off the table by climate change?

Not everyone has the same experience, of course. Depending on your job or immigration status you may not have the ability to remain safely indoors. Or perhaps your home will eventually be threatened by ever-encroaching smoke and fire, upending not just your income but your wellbeing. 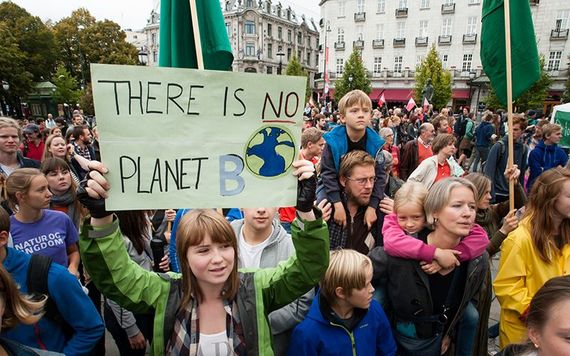 Over the past year and a half, we have become familiar with hiding. Hiding from a deadly virus, or hiding from smoke and forest fires in the west, and the dangerous flash flooding and other extreme weather conditions increasingly happening here.

Out in the west, the record-setting heat index has risen so high, from 106 to 114 degrees in the afternoon, that undocumented farmworkers are now regularly succumbing to heat-related illnesses and collapsing (even dying) as they toil for low wages.

Currently, 61 percent of the country is enduring drought conditions, the majority of them for over 40 weeks now.

And in the north of Ireland this week, the highest temperatures ever reached were recorded, whilst in western Europe, unprecedented downpours created floods that devastated towns and villages in Germany and Belgium, killing hundreds and stunning climate scientists. 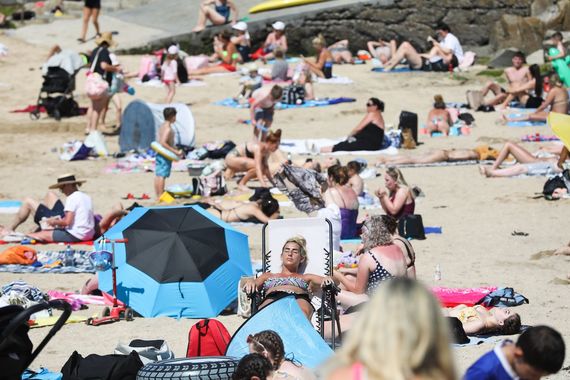 It's important to understand just how unprecedented these heatwaves and extreme weather conditions are. Climate change is busy reshaping the planet's weather patterns.

“As humans emit more planet-warming greenhouse gas into the atmosphere, more energy is added to the climate system," Kristie Ebi a climate and health researcher at the University of Washington, told the press this week. “The excess energy appears by way of extreme weather events.”

As the smoke that reached New York City from Oregon this week (making the city the second most polluted on earth) demonstrated, it's a common mistake to imagine you'll be safe from the worst excesses of climate change because you live in the midwest or New England.

Climate experts say that people everywhere in the nation (and the world) will soon experience extreme heat events and the health and safety dangers that result.

In fact, it's predicted that by the middle of this century areas of the US that are unfamiliar with extreme heat will start to face it on a regular basis, according to a new study from the Union of Concerned Scientists.

So the challenge for the US government and the voters is to reduce our climate-changing emissions and work to limit future global warming, if we want to live in a nation that no longer experiences growing, relentless and extreme summer heat, that is.