Ireland's heatwave is delivering some record-breaking temperatures of more than 30°C across the entire island. 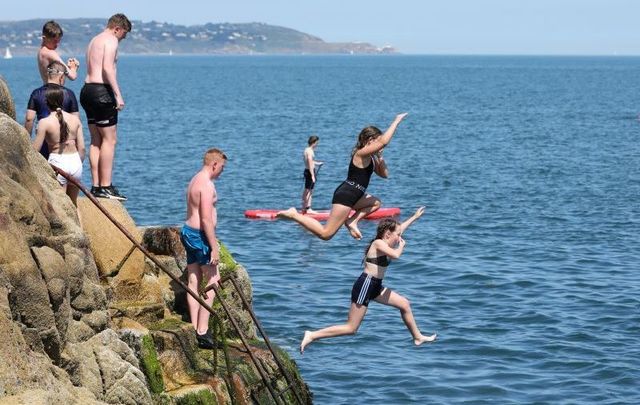 Northern Ireland has today, July 21, recorded its hottest temperature since records began in 1910. It is the second time in five days that the region has seen its highest-ever temperature.

The UK Met Office confirmed that Castlederg in Co Tyrone in Northern Ireland saw a temperature of 31.3°C (88.34°F) just after 2:30 pm local time on Wednesday.

Castlederg in County Tyrone recorded a temperature of 31.3 °C at 1437 this afternoon 🌡️

The Belfast Telegraph reports that before Saturday, Northern Ireland's previous highest temperature of 30.8°C was recorded on July 12, 1983 and June 30, 1976.

Northern Ireland is currently under an Amber Warning for Extreme Heat. The warning came into effect this morning and will remain in effect until 11:59 pm on Friday, July 23.

On Tuesday, the Met Office said: “The current hot weather is expected to continue until later this week, with daytime temperatures peaking on Wednesday and Thursday. High overnight temperatures are also expected before temperatures fall on Friday.”

Northern Ireland Direct has issued advice on how to deal with the extreme weather in the region.

The Republic of Ireland today saw the hottest day of the year so far as temperatures reached 30.8°C at Mount Dillon, Co Roscommon and 30.0°C at Newport, Co Mayo, according to Met Éireann.

The Republic of Ireland is under Status Orange and Status Yellow high-temperature warnings through Friday night, while certain parts of the country were placed under a thunderstorm warning through tonight:

Met Éireann explained that the warm weather is due to a "displaced" jet stream to the far north of Ireland, "drawing in warm air and allowing high pressure to 'get stuck.'"

The jet stream has been displaced to the far north of Ireland, drawing in warm air & allowing high pressure to "get stuck" bringing us this settled and sunny weather.

Ireland's Department of Health is encouraging people to be "SunSmart" during the heatwave.