The new Climate Action and Low Carbon Development Bill commits Ireland to "pursue and achieve" carbon neutral status by the end of 2050. 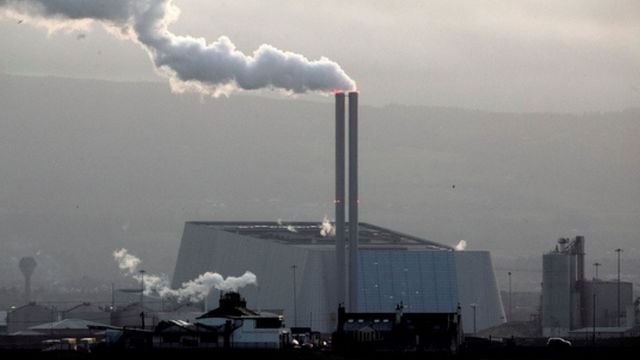 The new bill will create tens of thousands of "green jobs", according to Taoiseach Micheál Martn. Rolling News

The Irish Government has approved a new climate action bill that will put the country on the path to net-zero greenhouse gas emissions by 2050.

The Climate Action and Low Carbon Development Bill contains a National Climate Objective and commits Ireland to "pursue and achieve" carbon neutral status by the end of 2050.

The Bill also seeks to achieve a 51% reduction in Ireland's emissions by the end of the decade and would enable the transition to a climate-resilient, biodiversity-rich, environmentally-sustainable, and climate-neutral economy by 2050.

The Government seeks to achieve these goals through carbon budgets, which place a ceiling on the amount of carbon dioxide and other greenhouse gases that can be emitted by all sectors of the economy. Carbon budgets will be implemented by the Climate Change Advisory Committee (CCAC) on a five-year basis.

The CCAC will propose the carbon budgets to the Minister for Climate Action, who will then present the budget to the Cabinet for approval.

The Bill will also give enhanced powers of scrutiny to the Oireachtas Joint Committee on Climate Action.

All relevant ministers will be required to attend the committee every year to give an account of their actions under the climate action plan and must provide a written response within three months if the committee makes a policy recommendation.

Local authorities must also prepare their own Climate Action Plans, which specify the mitigation and adaptation measures that they plan to adopt.

Taoiseach Micheál Martin published the new bill on climate action on March 23 and described climate change as the "defining existential challenge of our time".

Climate Change is already happening, and the time to act is now.
The #ClimateActionBill we are publishing today will make Ireland a global leader in the journey towards Net Zero by 2050 - with a 51% reduction in emissions by 2030 pic.twitter.com/UOzRbZzYvG

"Governments all over the world face a choice. They either confront this fact and move now to deal with it, or they turn away, deny the reality that is in front of them and just postpone the decisions that are necessary," Martin said in a statement.

"As UN Secretary-General António Guterres has stated, climate change is moving faster than the world’s response is.

"However, this afternoon, I am proud to say that the Government of Ireland chooses action."

Martin said that the Bill would create "tens of thousands of new 'green' jobs" in the construction, tourism, and research sectors, while it will also add significant employment in the renewable energy industry.

He said that there would also be increased employment in agriculture, education, health, and public administration as a result of the climate action plan but admitted that there will also be "profound challenges to the economy".

The public will be consulted on the Bill over an eight-week period running until May 18.