Could West of Ireland Ice Age kelp hold the answer to climate change?

The kelp is over 16,000 years old and shows how marine life adapts to different climates. 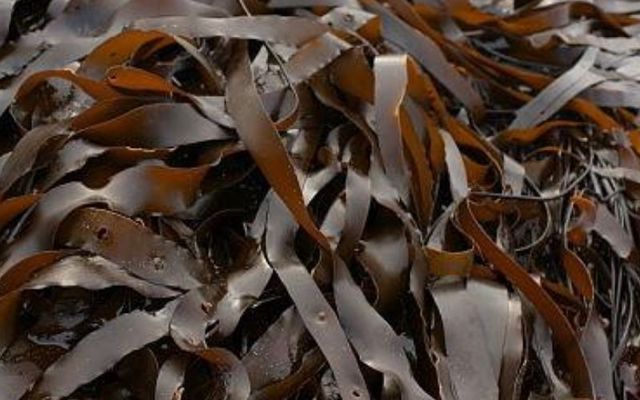 Kelp found off the west coast of Ireland that dates back to the Ice Age could play a crucial role in the fight against climate change, according to a new study.

A team of researchers from universities in Scotland, France, and Portugal has studied the genetic composition of oarweed, a type of kelp that dates back 16,000 years, in an attempt to understand how marine plants deal with climate change in the long-term.

The kelp is found in 14 different locations in the North Atlantic Ocean and three distinct genetic clusters - one along the eastern seaboard of Canada and the US, one in central and northern Europe and a compact population around Brittany

Dr Andrew Want, a marine ecologist at Heriot-Watt’s International Centre for Island Technology in Scotland, said that the kelp was like a refugee that managed to hang on and survive amid dramatic changes.

He said that the oarweed located off Scotland and Ireland was more closely related to kelp found in the Arctic than to the cluster found in Brittany.

He told Aol News: "As the ice sheets retreated from northern European shorelines at the end of the most recent ice age, oarweed distribution followed and recolonised the higher latitudes of the Atlantic.

"Kelp plays a critical role in the Atlantic so it is important to understand what affects its distribution and survival over time and how sensitive it is to change."

However, he said that Kelp found in Brittany is in danger of disappearing due to increasing greenhouse gas emissions and said that this is further evidence of the loss of biodiversity associated with rapidly changing marine temperatures.

The researchers argue that the three distinct genetic clusters of the kelp can show how marine plant life survives different temperatures, which could inform how climate change would affect marine life.