20 years after 9/11, we are more polarized than we have been in over a century and a half. 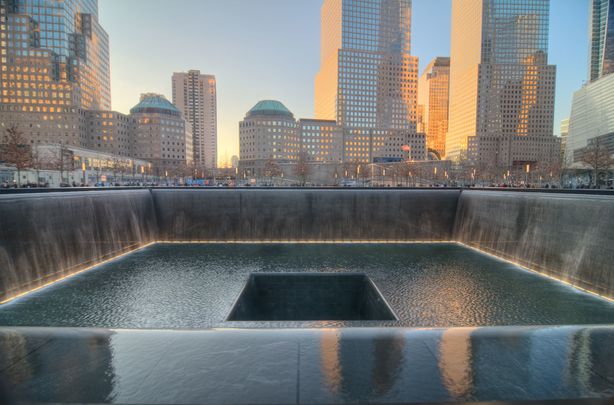 September 11, 2001 was an uncommonly beautiful morning. From Battery Park in lower Manhattan to the Cloisters up in Inwood, I remember the sky above New York City was a brilliant blue, the all-day the temperature hovered at 72 degrees.

At about 8.50 A.M I got the first call. “Turn on your TV,” said the caller, a journalist friend, who was already glued to CNN.

The moment I saw the first image, I knew. The world was changing. The live report was claiming that a small plane might have crashed into one of the Twin Towers but the damage on the screen, even from this far away distance, told a darker story.

Then at 9.02 A.M. a second plane dipped low over the city and smashed into the second tower. The horror of it has not diminished and I doubt it ever will.

It's twenty years since that morning and I have rarely looked at the footage again. To almost anyone who lived here through it, it still feels too raw, too overwhelming. But sometimes a special report will appear on late-night television and bring us all back to that day and time.

There's Father Mychal Judge, the first declared fatality, being carried Pieta-like from the rubble. He was the New York Fire Department chaplain and beloved by many.

I know that there's a recording of him darting about in the first tower, anxiously looking around and trying to help anyone, everyone. I can't bear to watch it. The anxiety in his face, the eagerness to be of use. 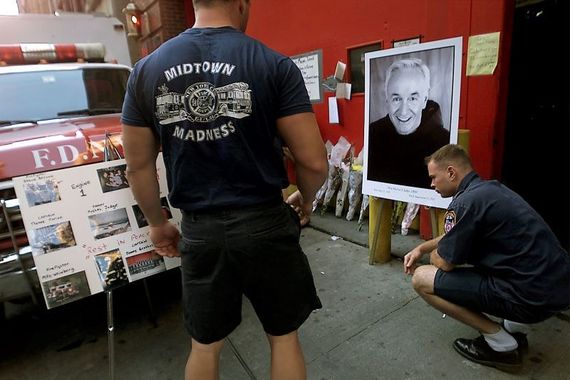 When the 9/11 Memorial and Museum opened in 2014, I was invited to a preview, before the public opening. The museum hosts 40,000 images, 14,000 artifacts, more than 3,500 oral recordings, and over 500 hours of video, and the experience of passing through it was so overwhelming that I have not returned.

It's not the grotesque images of terrorism and murder that have endured for me. It is memories of the just about holding it together policeman's wife sitting stoically on her couch, telling me all about her missing husband. Laughing sometimes, then being battered by her loss.

Or it's the color photographs of the missing that suddenly appeared like a shrine at Grand Central Station. Or it's the faces of all the new widows that I spoke to for individual profiles of the vanished. They couldn't find a trace of them anywhere, they told me. It was like they all just disappeared from the earth.

I often wonder how they're doing, all these widowed husbands and wives, and their sons and daughters too, who saw a spouse or a family member simply vanish. What did they do with their lives in the aftermath of that disappearance? Did they heal at all, can someone ever heal from a severance as cruel as that? 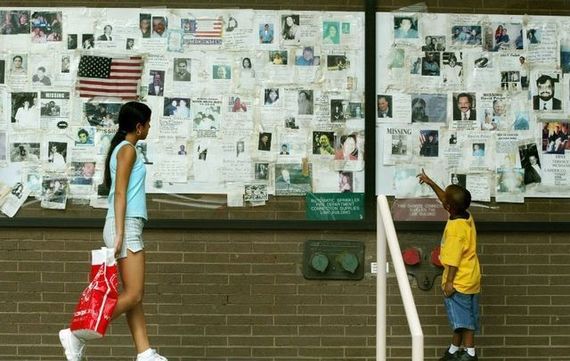 You all know what happened next. We were led into war in Iraq by the Bush administration, fighting an enemy that hadn't attacked us. Carnage resulted in far greater carnage until the whole failed enterprise became a reactionary, moral obscenity.

We also don't talk about the way that Trump's Capitol insurrection misled the nation in an equally cynical way, weaponizing grief and anger the way Bush's disastrous Iraq war did.

We don't talk about how our grief and anger are continually hijacked and weaponized by the Republican party, with darker and darker results for our nation every time.

In the weeks after 9/11, the nation spoke as one, albeit briefly. An attack from without can achieve that kind of national unity. But that unity didn't endure long, and now we are more polarized than we have been in over a century and a half.

From his vaunted position as the moral voice of this city, New York's former Mayor Rudy Giuliani has been suspended from practicing law in his home state, after repeatedly communicating “demonstrably false and misleading statements to courts” in his capacity as Trump's lawyer.

Once America's mayor, he soon became the squawking parrot of the Four Seasons Total Landscaping, desperate to placate an implacable former president. Out of many, he eventually chose one.

Giuliani's grotesque surrender of his city's moral authority to instead become a carnival barker for a would-be despot is the story of 9/11's political legacy over 20 years. 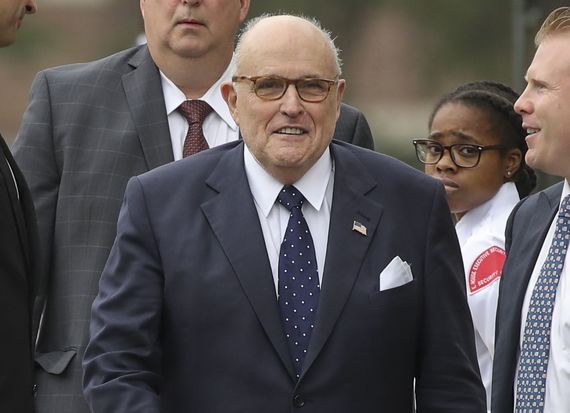 Instead of turning the focus on the people who actually attacked us, Fox News, the GOP, Trump, and the far-right have turned their focus to their enemy within, their own fellow countrymen and women.

As the Greatest Generation reminds us, we used to know how to respond to a dire attack from without. But after 9/11, many conservatives see all the phantoms arising within.