IrishCentral's founder Niall O'Dowd reported live from New York on the Irish airwaves after news broke of the attacks on the World Trade Center. 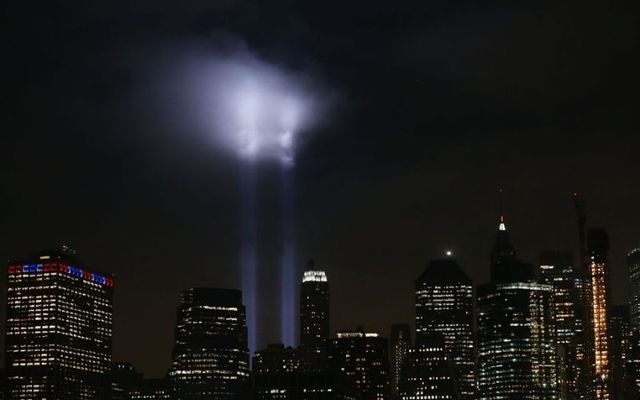 Listen back on the Irish breaking news report of the September 11 attacks featuring an interview with IrishCentral's founder Niall O'Dowd live from New York.

During an episode of the Irish radio show ‘Liveline’, news broke of the attacks in New York on 11 September 2001.

Speaking to Joe Duffy by phone IrishCentral's Niall O’Dowd, described the scenes in New York after two passenger planes crashed into the twin towers of the World Trade Center.

At this stage, the cause of the crashes was still unknown but it was speculated that it could be the result of a terrorist attack, although at this point it had yet to be verified.

The second crash was caught live on television and at the time the number of casualties was still unknown but it was estimated to be catastrophic.

During the ten-minute phone interview, Niall O'Dowd describes the scenes of smoke appearing right across the horizon of New York City.

Listen back to the interview here.

He explained that the emergency center for New York is in the World Trade Center, but after a bombing below the North Tower on 26 February 1993 an emergency plan was created in the event of a further attack.

From the Upper East Side of Manhattan Niall O’Dowd describes the scenes of smoke appearing right across the horizon of New York City.

Towards the end of this interview, O’Dowd received news that the first plane was hijacked.