The British government is at it again. Thanks to the contingencies of Brexit, there are now two tiers of Irish citizenship on offer on the island of Ireland. 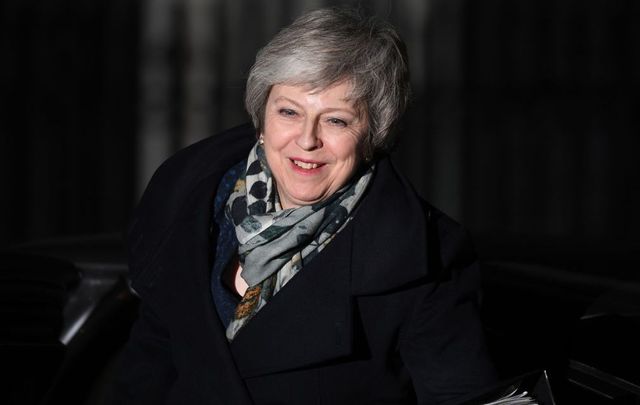 The British government is at it again. Thanks to the contingencies of Brexit, there are now two tiers of Irish citizenship on offer on the island of Ireland.

The Good Friday Agreement (GFA) explicitly states that people born in Northern Ireland are unique within the UK in having the birthright to identify as Irish or British or both.

However, the British Home Office is now arguing through the courts that the people born in Northern Ireland are “automatically British” as they were “clearly born in the United Kingdom.”

This is not a cosmetic assertion, it's not merely a quibble over language or intent. Making citizens of Northern Ireland automatically British against their wishes has profound implications for their lives and for the future stability of the peace there.

Critics contend that the Home Office is essentially forcing British citizenship on Irish citizens born in Northern Ireland - citizens who identify as Irish by birth and by choice.

They are also forcibly countering an option that the people of Ireland north and south voted in record numbers for in the Good Friday Agreement referendum in 1998.

The Home Office’s new position, according to court documents obtained by citizens rights campaigner Emma DeSouza, is that the people of Northern Ireland are “as a matter of law British,” arguing that there “is nothing in the Belfast agreement to prevent British citizenship being acquired at birth.”

Worse, the document adds: “A treaty (the government) is a party of does not alter the laws of the United Kingdom,” and the “courts do not have the power to force the government to uphold its obligations and commitments to a treaty.”

So the treaty that the peace in the North is predicated on is now “a treaty” that the British government no longer feels obligated to uphold its legal commitments to.

Underlining this unnerving shift in its focus and intent, British immigration minister Caroline Nokes recently stated: “Our view is that an international agreement such as the Belfast Good Friday agreement cannot supersede domestic legislation.”

If the Home Office no longer accepts the Good Friday agreement - an international peace treaty signed between two sovereign states and registered at the U.N. - supersedes their own domestic legislation then they can no longer be expected to act in accordance with it. This is news.

Read more: The British people who want to remain European via Irish citizenship

Last year Prime Minister Theresa May admitted that Home Office policies and their commitments to the Good Friday agreement looked incompatible. At the time she promised an urgent review, but there has been no review and no sense of urgency.

Meanwhile, under recent policy changes, Northern Ireland-born Irish citizens will no longer be able to fully retain and access their E.U. rights and entitlements within the U.K after Brexit. De Souza writes: “The post-Brexit EU settlement scheme is the British government’s enactment of the citizens’ rights chapter of the withdrawal agreement. It remains open to Irish citizens born in the Republic of Ireland, while it is closed to Irish citizens born in Northern Ireland. This is creating a two-tier system for Irish citizens: those who can fully retain their E.U. rights and benefits under the settlement scheme, and those who cannot.”

The restrictions placed on Irish citizens in the North will be considerable and unique. Many wider E.U. rights, such as family reunification, would be affected for example. Irish people living in the North would be among the only E.U. citizens within the U.K. to face such a restriction.

So, first the British government ignored the concerns raised by Irish citizens living in the North before the Brexit vote, then they sidestepped them when they saw how those restrictions and losses will conflict with the GFA.