The British people who want to remain European via Irish citizenship

Many British people are opting for Irish residency, citizenship, and or naturalization in the wake of Brexit. 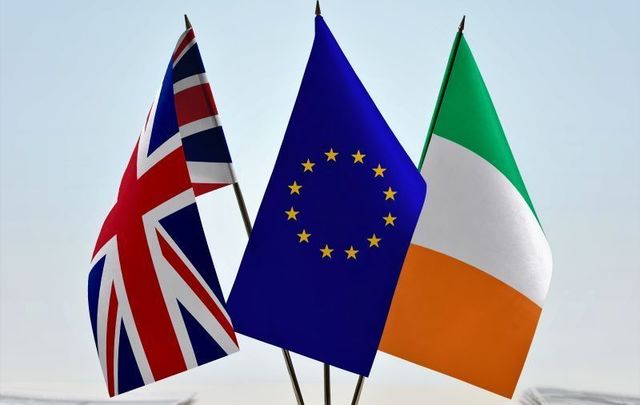 Many British people are opting for Irish residency, citizenship, and or naturalization in the wake of Brexit.

As Brexit - and all its uncertainty - still looms over both the United Kingdom and the European Union, there are scores of British people who are making their own alternate plans.

The Guardian spoke with several British people who have opted for Irish residency, citizenship, and or naturalization in the wake of Brexit.

Many of those featured in The Guardian’s article are not so much interested in wanting to become Irish, but more so in remaining European after their home country voted, albeit narrowly, in 2016 to exit the European Union.

Marc Scully, a psychology lecturer at Limerick’s Mary Immaculate College, told The Guardian that the process of gathering the paperwork and actually beginning the citizenship process can “trigger a genuine connection with Ireland.”

“It may start off pragmatically thinking ‘I’ll be in the right queue in the airport’, then becomes emotional, more of a psychological process of identification.”

If Scully’s theory is correct, then there are masses of British people who will be experiencing this “psychological process of identification” as British applications for Irish passports has skyrocketed since Brexit.

Read More: Irish passport applications up by 30% already this year

Similarly, there are many British citizens who are not entitled to Irish passports through direct Irish lineage and have taken their chances by emigrating to Ireland, where you can apply for naturalization after five years.

The Guardian spoke with several British people who have opted to head for Ireland after Brexit.

Among them was ‘Remain’ campaigner and southeast England native Keith Donaldson, who, after the 2016 referendum, jumped at the chance to move to Dublin when his employer opened an office there.

“I’m building up to be an Irish citizen, that’s the long-term goal,” said Donaldson, who has no direct claim to Irish heritage and will have to, therefore, apply for naturalization after 5 years of living in Ireland.

“I grew up regarding myself European and wanted to maintain that,” Donaldson said.

He added: “Some things you can’t do unless you’re a citizen. I’ve started getting involved in various political groups. It’s about contributing, being a member of Irish society. I identify myself as being a Brexit refugee.”

“Moving here gave me the possibility to be here long enough and apply for citizenship. I have to be here for five out of nine years,” said de Menezes.

“Being half British was always important to my identity, but Brexit took some of the shine away.”

Kate Ryan, a native of Bristol in the UK, married an Irish man and relocated to Co Cork about ten years ago, but her urge to seek Irish citizenship didn’t intensify until after Brexit.

“It was always in the back of my mind that I would go for citizenship, but Brexit has forced my hand. I decided to crack on and get this thing done,” said Ryan of her application for naturalization that, in the absence of Irish heritage, will entail copious amounts of paperwork and a cost of about €1,500 ($1,690).

“Everything is so up in the air,” Ryan added. “This is very much about protecting my status. I see it as an opportunity to redefine who I am and my place in the world.”

Mike Clarke, who has an Irish grandparent which qualifies him for an Irish passport, left Brighton to take up the role of director of campus infrastructure at Trinity College Dublin.

“I plan to stay in Ireland as long as I can. UK plc will take an awful long time to heal,” he said.

“I’m a very proud Englishman and British citizen. But I think of myself as European.”

Kieran Fitzpatrick, who grew up in England with Irish parents, is concerned about both the economic and emotional consequences of Brexit and has also departed the UK to take up research at NUI Galway.

“Brexit could be awful for Ireland in terms of economic consequences,” said Fitzpatrick, “but from an emotional landscape, it’s been a nice feeling to be removed from it."

Are you trying to get Irish citizenship in the wake of Brexit? Let us know in the comments