Sarah McCarthy was left with no choice but to leave her 3-year-old terrier behind in Ireland after Dublin Aiport made changes to their baggage system. 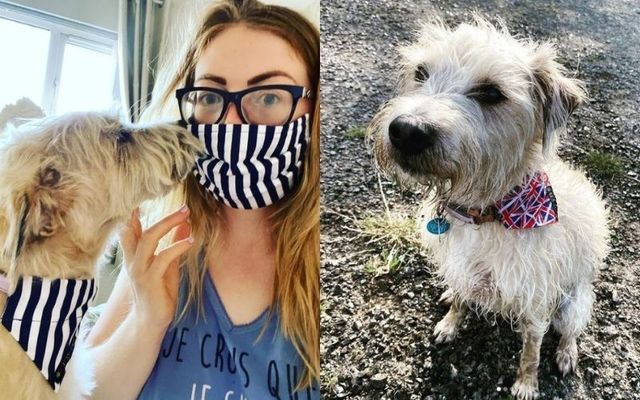 A woman from Northern Ireland who recently moved to Canada had no choice but to leave her dog behind due to security changes at Dublin Airport.

Sarah McCarthy from County Antrim in Northern Ireland moved to Waterloo in Canada two weeks ago and had planned to bring her three-year-old rescue terrier, Rita, with her.

But 24 hours before boarding her flight with Air Canada, Sarah was told by  Dublin Airport Authority (DAA) she couldn't bring along her terrier because of upgrades in the baggage system which was introduced in July.

The changes by the DAA means animal crates are no longer permitted on the baggage belt due to animal welfare concerns.

Yet it's been reported by Belfast Live that pets flying into Dublin Airport will still be accommodated using the current screening processes.

"The decision not to take animals through the new hold baggage screening area was not taken lightly," a spokesperson for the DAA said in an email to CTV News in Canada.

"The journey for animals was thoroughly risk assessed in advance of the system going live and it was made first and foremost with the welfare of the animal in mind because of the numerous level changes in the new system."

The DAA went on to say that the airline company Sarah was flying with should have informed their passengers of the changes.

Air Canada said a "miscommunication" prevented McCarthy from being notified about the Dublin airport's policy change in advance.

"Due to airport regulations in Dublin, this customer's dog could not be boarded on the flight as originally booked," a spokesperson for Air Canada said in a different email to CTV News.

"Unfortunately, a miscommunication prevented the customer being advised of this sufficiently in advance, for which we have offered her a goodwill gesture and assistance transporting her pet. We remain in direct contact with this customer to reunite her with her dog."

The only option for Sarah now is to send Rita as cargo which is twenty times the cost of bringing her on a crate.

Rita, who was adopted by Sarah in June 2018 when she was just seven months old, is currently being looked after by Sarah's parents.

Keep up to date with Sarah and Rita's situation on their Instagram page.