Horrific medical experiments on babies in Irish Mother and Baby homes have resulted in comparisons with what Nazi doctors did to countless victims in concentration camps. 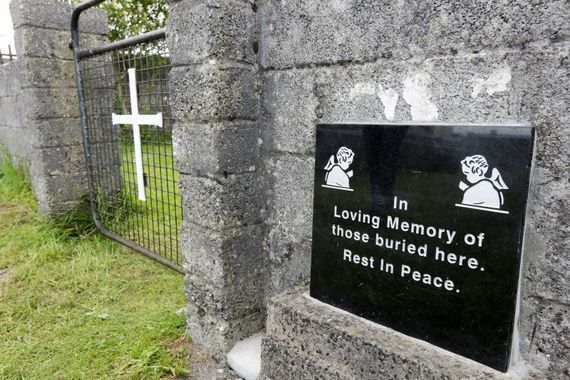 Memorial at the Tuam Mother and Baby Home. Rolling News

Vaccine experiments carried out on helpless babies and young children in Mother and Baby homes in Ireland during the 1960s  breached the Nuremberg Code put in place by an international war crimes commission after horrific Nazi experiments on children were discovered.

The Nuremberg Code says, in part,  that in terms of any medical experiment  “the voluntary consent of the human subject is absolutely essential. This means that the person involved should have legal capacity to give consent; should be so situated as to be able to exercise free power of choice, without the intervention of any element of force, fraud, deceit, duress, overreaching, or another ulterior form of constraint or coercion”

No clearance was ever given by unmarried mothers to have their children experimented on in every case uncovered at the notorious homes by an Irish government commission. Neither was permission given to donate dead babies' bodies to science or to put them up for adoption, many to wealthy Americans.

The Commission of Investigation into Mother and Babies Homes was set up in February 2012 after a massive number of babies' deaths were discovered in one of the homes, in Tuam, County Galway. Local historian Catherine Corless identified that 950 babies had died in mysterious circumstances at the home, sparking a wave of outrage. All were children of unmarried mothers.

Mari Steed, child of an unmarried mother who was adopted to America from the Bessborough home in Cork City, stated that she found her vaccine experiments were prepared by a leading physician at the time, Doctor Irene Hillary, who was frequently published in the top medical journals in Britain and Ireland.

The trials were carried out on behalf of British company Wellcome, later to become GlaxoSmithKline (GSK).

In a statement, GSK said  “The report makes for difficult reading and our thoughts are with the families involved.

"The report does not reflect how clinical studies are conducted today.”

Trials were carried out on infants in thirteen mother and child homes. The commission investigating the vaccine issue found that until 1987 the legal status of the unmarried mothers there was simply "illegitimate" giving them no rights in law.

The commission found that "where the children who were subjected to vaccine trials were accompanied in the institutions by their mothers, the mother was the person whose consent should have been sought".

However, it said that in “no case is there evidence that consent of the birth mother was properly sought or received.”

Some of the women contacted decades later by the commission, were still frantic that no contact be made with them.

One especially poignant letter delivered to a social worker says:

“I am writing this in a secret place so no one will see me. I implore you and beg you now not to get in touch with [name of husband] he doesn’t know about this as I could not tell him. He was in England at the time and I went through it on my own. I could not tell anyone then.

I can’t tell anyone now. I am going through this on my own now. I was promised that no contact would be made. I am in a terrible dark place with no way out. This is putting me over the edge and I pray every day that it is all a nightmare and maybe Jesus will get me out of it.

Please help me, I am desperate now. I was promised there would be no contact. I have nowhere to turn but to kill myself I can’t tell anyone. “

Taoiseach Michael Martin apologized to the victims on behalf of the state.