So Storm Ophelia has had an upside for at least someone then... 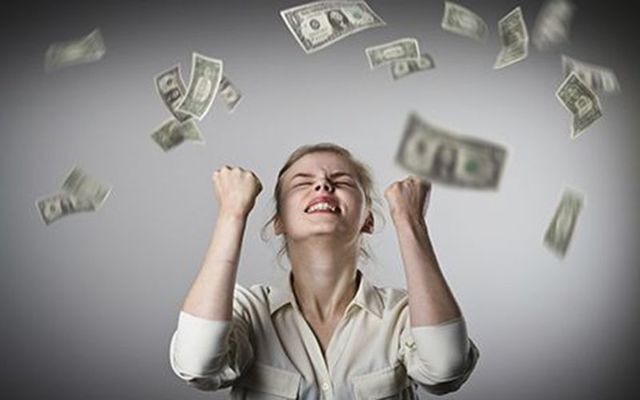 Speaking anonymously to the Irish Independent the lucky winner said he’d actually won $235 (€200) the day before and, perhaps sensing a lucky streak, bought another one whilst waiting for his delayed home journey across the Atlantic.

"I couldn’t believe my luck winning €200 and I thought, I’m not going to bring this home with me so I brought my friend Jimmy and his family out to dinner as it was supposed to be my last day in Ireland before I went home,” he said.

"Just before dinner I went into the same Daybreak and got another scratch card, scratched it and just couldn’t believe my eyes."I kept checking and checking it and after dinner I asked Jimmy to take a look and sure enough when I called the National Lottery they confirmed that I had won €250,000. I still cannot believe it!"

No stranger to Ireland, the lucky winner has visited 11 times before and joked that now he had no excuse not to make yet another return.

On the flip side of it, Irish people in America have often won large sums of money too: in March a Bronx Irish barber, Michael Moriarty, won $7 million after picking up a scratch card on the way to pick up his daughter.

“I dropped off my laundry down the street and decided to stop into the gift shop and buy a Lottery ticket,” Moriarty said.

“I never played this ticket before so I was shocked when I realized I won the jackpot.”

A few years ago an even larger sum was won by a Cavan-born Brendan Riordan whose Win For Life Spectacular scratch-off lottery ticket saw him win an annual payment of $520,000 with a minimum payout of $10 million and potentially as much as $25 million.

Read More: What you should know about Irish Storm Brian, following Ophelia