UN human rights experts call on for safe return of Lisa Smith and her child to Ireland following the bombing in northeast Syria. 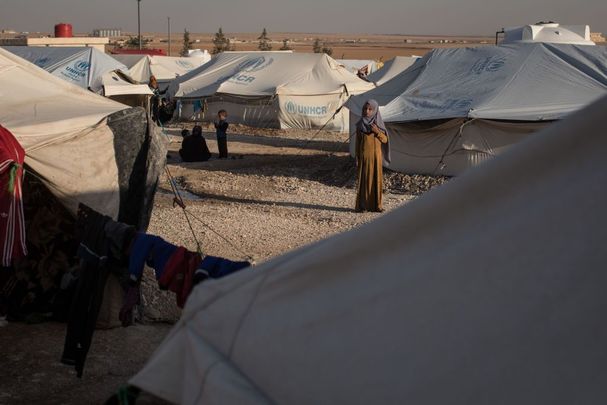 UN human rights experts call on for safe return of Lisa Smith and her child to Ireland following the bombing in northeast Syria.

UN human rights experts have called on Turkey to ensure the safety and security of Lisa Smith and her infant child - both Irish nationals - who were transferred to Turkish custody following the bombing of Ain Issa displacement camp in northeast Syria in recent weeks.

A former member of the Irish Defence Forces, Smith (38), a native of Dundalk in County Louth, is believed to have left Ireland in either 2013 or 2014 to join her British husband and jihadist Sajid Aslam in Tunisia before traveling to Syria.

Read more: Irish ISIS bride “must be arrested” when she returns to Ireland, senator says

The exact whereabouts of the mother and child are unknown. The experts express concern that Smith may face ill-treatment in custody and strongly recommend she is given consular assistance and that she and her infant daughter are protected against any abuse while detained.

There are grave concerns about the physical and mental health of  Smith and her daughter.

“The vulnerability of this infant is particularly worrying and there is a compelling obligation to protect her well-being in accordance with the Convention on the Rights of the Child to which Turkey and Ireland are both parties,” the experts said.

Irish soldier who fled army to join ISIS as bride begs to COME BACK - ‘I want to go home' - https://t.co/R3wghkLo1T - LIKE & RETWEET pic.twitter.com/f1A7cdLtRH

They urge that the basis for any detention is clarified, that access to adequate legal counsel is provided, and that interrogations are carried out in conformity with Turkey’s treaty obligations. In addition to the obligations under the European Convention of Human Rights under Articles 3, 5 and 13, Smith’s protection should follow at minimum the United Nations Rules for the Treatment of Women Prisoners and Non-custodial Measures for Women Offenders (the Bangkok Rules).

The experts underscore the need for a thorough individual evaluation of each woman and child in compliance with international human rights law, including attention to any gender-based violence and persecution against women who return from Syria and Iraq, both in third countries and upon return to countries of nationality.

They stress the need to recognize that women and children associated with ISIS may have been subjected to serious human rights violations and gender-based violence during and prior to their detention in camps such as Ain Issa. The experts affirm that an effective return process includes holding individuals accountable for violations of national and international law as appropriate and commensurate with the available evidence.  They encourage human rights-compliant return and reintegration and offer assistance and support to that end.

The experts acknowledge the prompt preliminary response of Ireland and Turkey to this communication indicating their willingness to abide by their international obligations.  They stress the urgency of human rights compliant repatriation in all cases and the effective implementation of protection in the interim.