Irish ISIS bride “must be arrested” when she returns to Ireland, senator says 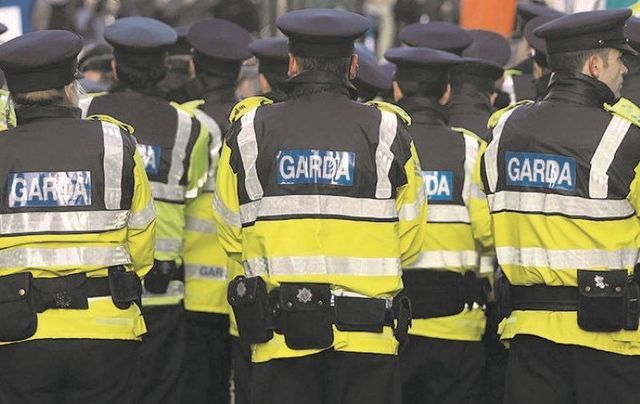 Lisa Smith should be arrested upon her return to Ireland, says Irish senator. RollingNews.ie

Lisa Smith, who lived for a period alongside the Islamic State in Syria, could be returning to her native Ireland soon with her two-year-old daughter

Lisa Smith, the so-called “Irish ISIS Bride,” could be returning to Ireland after having left the country to join the Islamic State a few years ago. Questions remain as to what will happen to the Irish woman when she returns home.

A former member of the Irish Defence Forces, Smith, a native of Dundalk in Co Louth, is believed to have left Ireland in either 2013 or 2014 to join her British husband and jihadist Sajid Aslam in Tunisia before traveling to Syria.

The Irish Times reports that following the loss of most of the Islamic State’s territory, Smith was detained in a refugee camp in northeast Syria. She fled the camp in October with her daughter and walked north before being picked up by a Turkish-backed militia.

During an interview earlier this year with freelance journalist Norma Costello, Smith appeared on video saying that she wants to return to Ireland with her daughter.

Earlier this month, it was reported that a highly trained team from the Army Ranger Wing (ARW) of the Irish Defence Forces was deployed to assist the apparent homecoming operation which is being led by the Department of Foreign Affairs.

The Journal reported on Tuesday that Turkey said it was in the process of deporting 20 ‘foreign jihadists’ and two Irish citizens were among those who were to be repatriated. It’s understood that the two are Lisa Smith and her two-year-old daughter.

Also on Tuesday, Tánaiste Simon Coveney said in the Dail: “Some people were suggesting that we were sending over Defence Force personnel to extract Lisa Smith from northeast Syria that is not the case and was never the case."

Coveney added that his “primary concern” was for the “two-year-old little girl who in my view as an Irish citizen, we have an obligation to protect. That is what is driving all of this.”

It is understood that Ireland's Department of Foreign Affairs has issued emergency travel documents for Smith and her daughter.

What will happen when Lisa Smith arrives in Ireland?

Senator Craughwell, who previously served in the Irish Army, told Newstalk: “I think the moment she arrives here she must be arrested and taken into custody.

“At the end of the day, she was a grown adult when she went, she was trained [in the] military so she understood the concept of terrorism, so she knew exactly what she was going into.

“I believe that we have to examine whether or not there are criminal charges here at this stage; security is at risk here. I also believe that we need to have all arms of the state that are involved in intelligence gathering involved in the debriefing of Ms. Smith when she gets here because, I’m sure, the military would have an equal interest in her as the gardaí”

Newstalk reporter Barry Whyte, reporting from Smith’s hometown of Dundalk, said:  "It was reported today that family members would accommodate the mother and her daughter in the town if she does return, but that has been met with some anger.”

David Lynch, the editor of the Dundalk Democrat, said there’s a chance of protest upon Smith’s return to Dundalk.