Poll: Should President Trump be impeached?

Is it the worst witch hunt of all time or way overdue? Tell us what you think. 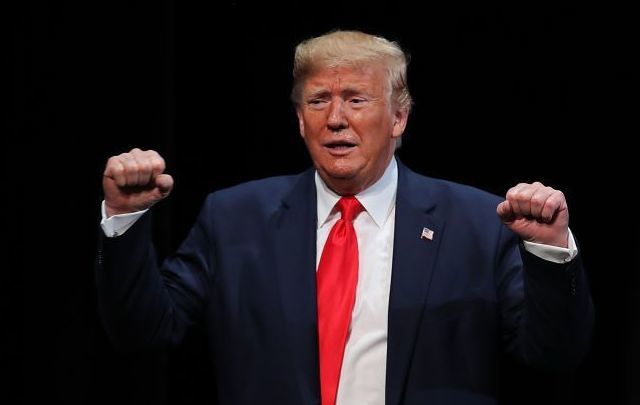 President Donald Trump is seen during an event at the Sharon L. Morse Performing Arts Center on October 03, 2019 in The Villages, Florida. President Trump spoke about Medicare and signed an executive order calling for further privatizing of it. Joe Raedle/Getty Images

Have your say in our Trump impeachment poll.

On Tuesday, September 24, Speaker of the House Nancy Pelosi announced a formal impeachment inquiry into President Donald Trump after the 45th President’s misadventures with Ukraine.

While Pelosi made the move after talks with other Democrats, claiming that Trump's actions have undermined national security and violated the US Constitution, the President himself has spent the past week and a half decrying the impeachment inquiry as a “witch hunt” and insisting that his call with the Ukrainian President involved nothing untoward.

Read more: Why President Trump should be impeached

46% of voters say Congress should begin impeachment proceedings vs. 43% who say they should not, according to a Politico/Morning Consult poll.

That support represents a 3-point bump from last week, when voters were evenly split.

While there were weaker calls for impeachment after the Mueller reports, the whistleblower's claims have convinced even more moderate Democrats that it may be time to impeach. They have a huge decision to make, to march towards battle and to seek to make the President accountable or once again, put off the day of reckoning until the November 2020 election.

What do you think should happen? Be sure to tell us more about the Trump impeachment poll in the comments section, below.