"Scientists to Stop Covid-19" has already helped one US pharmaceutical company move their production to Ireland in order to facilitate sufficient production of a promising remedy. 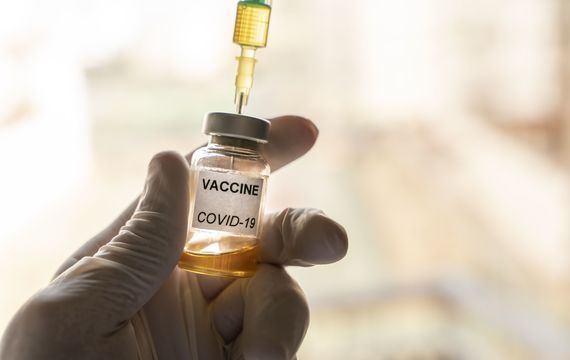 Dr. Tom Cahill, a scientist-turned-investor, is leading an unprecedented collection of billionaires and top scientists in the fight against COVID-19 that is reportedly close to finding the cure to the novel virus.

Dr. Tom Cahill, 33, is leading "Scientists to Stop COVID-19," a group of the best minds in science and some of the most well-connected people in America to tackle the ongoing COVID-19 crisis.

The group, which likens itself to a modern-day Manhattan Project, is acting as a conduit between some of the brightest minds in science and the Trump administration's policymakers through a few well-placed connections, according to the Wall Street Journal, who first reported on the "secret" group on May 4.

One proposal put forward by the group identified monoclonal antibody drugs as the most promising treatment. The group proposed US  drugmaker Regeneron Phamaceuticals Inc shift its existing manufacturing facilities to Ireland in order to make the medicine in sufficient quantities.

However, the approval process from the Food & Drug Administration presented a considerable amount of "red tape."

Working some well-placed connections, Dr. Cahill was able to call Nick Ayers, a longtime aide to Vice President Mike Pence, who oversees the coronavirus task force in the US. Regeneron received FDA approval the same day to immediately shift production to Ireland.

Biologist Michael Rosbash, a 2017 Nobel Prize winner who said "there's no question that I'm the least qualified" amongst the group, said Dr. Cahill's successful call to Ayers "was proof positive that what we were doing was starting to work."

How "Scientists to Stop COVID-19" came to be

Dr. Cahill, who now lives in Boston, conducted research on rare genetic diseases at Duke University when he was studying for his MD and Ph.D. After graduation, however, he pivoted to investment when a friend got him a job at Raptor Group. After a stint at Raptor, Dr. Cahill launched his own investment firm Newpath Partners.

In March, some of his investors began to raise questions about coronavirus as the death toll began to grow. Dr. Cahill organized a conference call to discuss "out of the box" methods to attack the crisis.

While he was only expecting about 20 people to dial in, the conference reached capacity, locking him out of his own call; there was immense interest.

He finally got into his call and spent the following hour discussing ideas with scientists eager to contribute to the COVID-19 crisis. When he eventually hung up, he found his inbox flooded with emails offering further ideas. A movement was born.

Read More: Trump vows to bring pharmaceuticals back to the USA, targeting Ireland

The group, which is already yielding influence, consists of chemical biologists, an immunobiologist, a neurobiologist, an epidemiologist, and several other distinguished scientists working to find viable solutions to the COVID-19 pandemic.

The group acts as a de facto review board for pharmaceutical companies' COVID-19 research and projects. Working remotely, it weeds out the flawed ideas and passes the most viable ideas on to policymakers in Washington.

In April, the group published a 17-page report that includes some "unorthodox" proposals for the fight against COVID. Their report features four phases: repurposed drugs, antibody therapies, vaccines, and restoring society and the economy. Vice President Pence has reportedly received the report.

Michael Milken, a billionaire who is investing in the group and helping to forge connections with some of the most powerful policymakers in the Trump Administration, told the Wall Street Journal that he had never seen any scientific collaboration like it.

"For the 50 years I’ve been involved in medical research, I have never seen collaboration as we have today."