Ronan Hughes of Co Monaghan has been charged with manslaughter and immigration offenses in relation to the October 2019 UK lorry tragedy. 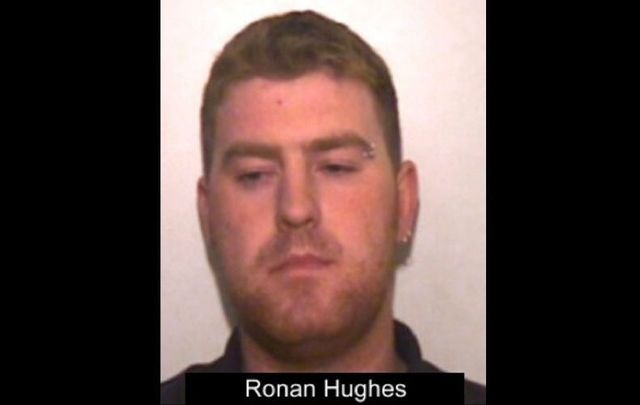 Ronan Hughes of Co Monaghan has been charged in relation to the UK lorry tragedy in October 2019. Essex Police / RollingNews.ie

Ronan Hughes, 40, has been charged with manslaughter and immigration offenses in relation to the UK lorry tragedy that saw 39 people die in the back of a refrigerated truck in October 2019.

Hughes, who was arrested after a European Arrest Warrant was executed on April 20 at his home in Leitrim Silverstream, Tyholland, Co Monaghan, appeared in court in Dublin on Tuesday, April 21.

In court, Detective Sergeant Jim Kirwan of the Garda Extradition Unit, who arrested Hughes on Monday, confirmed that Hughes has been charged with 39 counts of manslaughter and one charge of conspiracy to assist unlawful immigration.

Justice Paul Burns, who has requested additional information about Hughes’ alleged involvement in the incident, set the date for the full hearing of the extradition case for May 1. Justice Burns informed Hughes that he is entitled to voluntarily surrender himself to the UK authorities between now and the hearing date.

Hughes will remain in custody until at least April 29 when a case for his bail will be made. Gardai indicated that they will be objecting to bail for Hughes.

Hughes’ appearance in court comes about a week after another Northern Irish man, 25-year-old Maurice Robinson from Craigavon in Co Armagh, pleaded guilty to 39 counts of manslaughter at the Old Bailey in London. Robinson had previously pleaded guilty in November to conspiracy to assist unlawful immigration and acquiring criminal property. He will be sentenced at a later date.

Essex Police, who are leading the investigation, said on April 20 that four other men will stand trial at the Old Bailey in connection with this investigation on October 5.

Eamonn Harrison, 22, of Mayobridge, Northern Ireland, has been granted leave to appeal his extradition to the UK under the terms of a European Arrest Warrant issued by the force and the Crown Prosecution Service. The EAW meant he faced 39 charges of manslaughter, and a charge of conspiracy to traffic people, as well as conspiracy to assist unlawful immigration. A further hearing will be held in Dublin on May 7.

On April 20, Assistant Chief Constable Tim Smith, head of the Kent and Essex Serious Crime Directorate, said: “Our investigation into these matters is ongoing, and we would urge members of the public and the media not to speculate as everyone involved has the right to a fair judicial process.

“This investigation is one of the largest in Essex Police history and we are working tirelessly to piece together the events leading up to the 23 October 2019 for the sake of the victims and their loved ones.

“We have worked closely with the National Crime Agency and Crown Prosecution Service as well as police and prosecutors in the Republic of Ireland, Northern Ireland, France, Belgium, the Netherlands, Bulgaria, Germany, and Vietnam.

“We are immensely grateful for the ongoing support for the investigation, and the victims and their families continue to be at the forefront of our thoughts.”