The UK's independent Union Connectivity Review is expected to recommend a feasibility study for a "fixed link" between Northern Ireland and Scotland. 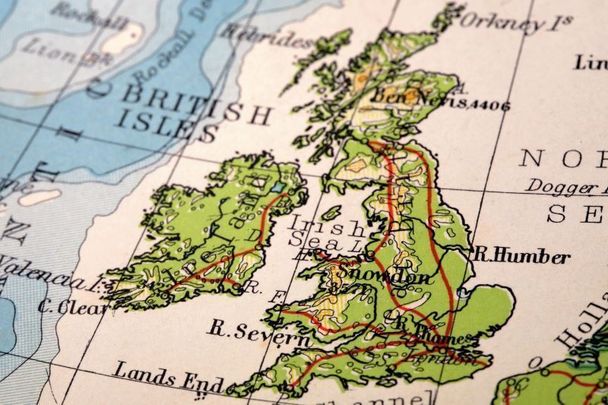 A feasibility study is expected to be undertaken considering a fixed link between Northern Ireland and Scotland. Getty Images

An underwater tunnel between Northern Ireland and Scotland - nicknamed “Boris’s Burrow” - is expected to undergo a feasibility study.

An independent review on connectivity across the United Kingdom is now expected “to say that civil servants should formally appraise the plans for ‘a fixed link’ between the two islands, most probably between Stranraer in Scotland and Larne in Northern Ireland,” The Telegraph reported on March 6.

Sir Peter Hendy, the chairman of Network Rail in the UK, is currently leading the independent Union Connectivity Review, which aims to “make recommendations on how the UK government can level up transport infrastructure and improve connectivity between Scotland, Wales, Northern Ireland, and England, boosting access to opportunities and improving people’s everyday connections.”

Sir Hendy told The Daily Telegraph in November: “If you look at the distance between Northern Ireland and Scotland it is actually no further than the Channel Tunnel.

“I said to Boris [Johnson], I am not going to get any further than finding out whether it is feasible, how long it will take, and how much it might cost."

UK Prime Minister Boris Johnson has been supportive of a link between Northern Ireland and Great Britain for some time now. In 2019, he remarked: “[I was talking yesterday] about building a bridge from Stranraer in Scotland to Larne in Northern Ireland - that would be very good.”

In 2018, when he was still UK secretary of state, Johnson told The Sunday Times: "What we need to do is build a bridge between our islands. Why don't we? Why don't we?

In December 2020, as the connectivity review was already underway, independent bridge consultant Simon Bourne and independent tunnel consultant Bill Grose considered the advantages and challenges for three potential routes in a briefing for the Institution of Civil Engineers (ICE) entitled “The Irish Sea Crossing conundrum.”

Of the three potential routes considered by the duo, the Portpatrick (near Stranraer) in Scotland to Bangor or Larne (near Belfast) in Northern Ireland route would be the shortest at 40km.

The key challenges of this short route, however, include Beaufort's Dyke, an area that is filled with 1 million tons of unexploded Second World War bombs.

Bourne noted: “Beaufort’s Dyke has water depths of 200-300m, which is considerably more difficult for bridges than the 30-50m depth of the English Channel, for instance. There are many major and long sea crossings globally but none in water much deeper than 50m.

“You would certainly not consider putting bridge foundations anywhere near the dyke’s bombs. In fact, would you really want to build a crossing over or under such a lethal deposit?”