Prince Edward and his wife Sophie were in Northern Ireland on June 3 helping communities to mark Queen Elizabeth's Platinum Jubilee. 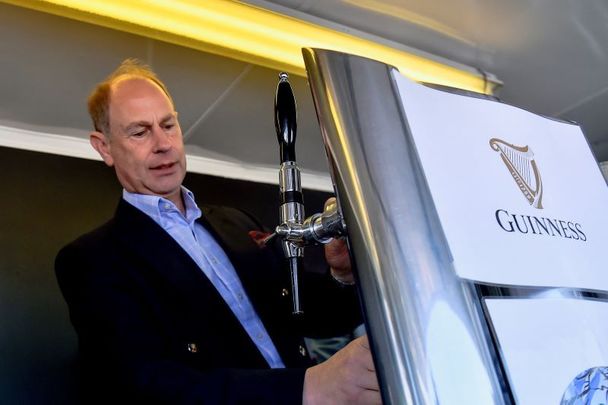 It was quite a four-day celebration of Queen Elizabeth’s jubilee in the UK last week.

There were “throngs of enthusiastic onlookers at a 1950s-themed celebration on Royal Avenue in (Belfast),” the Daily Mail reported of the royal arrival on June 4.

“The couple also tried a local delicacy, the Belfast Bap, and visited stalls at the Retro Jubilee Market before heading off to Bangor for the next part of their visit.”

Omelet making, for some reason, was also part of the gig. The royals “squared-off” to see who could whip up the best eggs; unsurprisingly, the contest ended in a draw.

Over in London, there was an Irish star who stole the show. The Irish Wolfhound Seamus, the regimental mascot of the Irish Guards, strutted his stuff like a seasoned pro at the Trooping the Colour parade in front of hundreds of thousands of onlookers.

Only two years old, Seamus attracted all kinds of headlines for his coolness; even The Washington Post wrote a story about him.

"He managed to steal the show," one Twitter user wrote of Seamus.

How utterly adorable is Seamus the Irish wolfhound?!
He managed to steal the show and quite rightly too! ❤️#Seamus#PlatinumJubilee pic.twitter.com/12Suk2c2AC